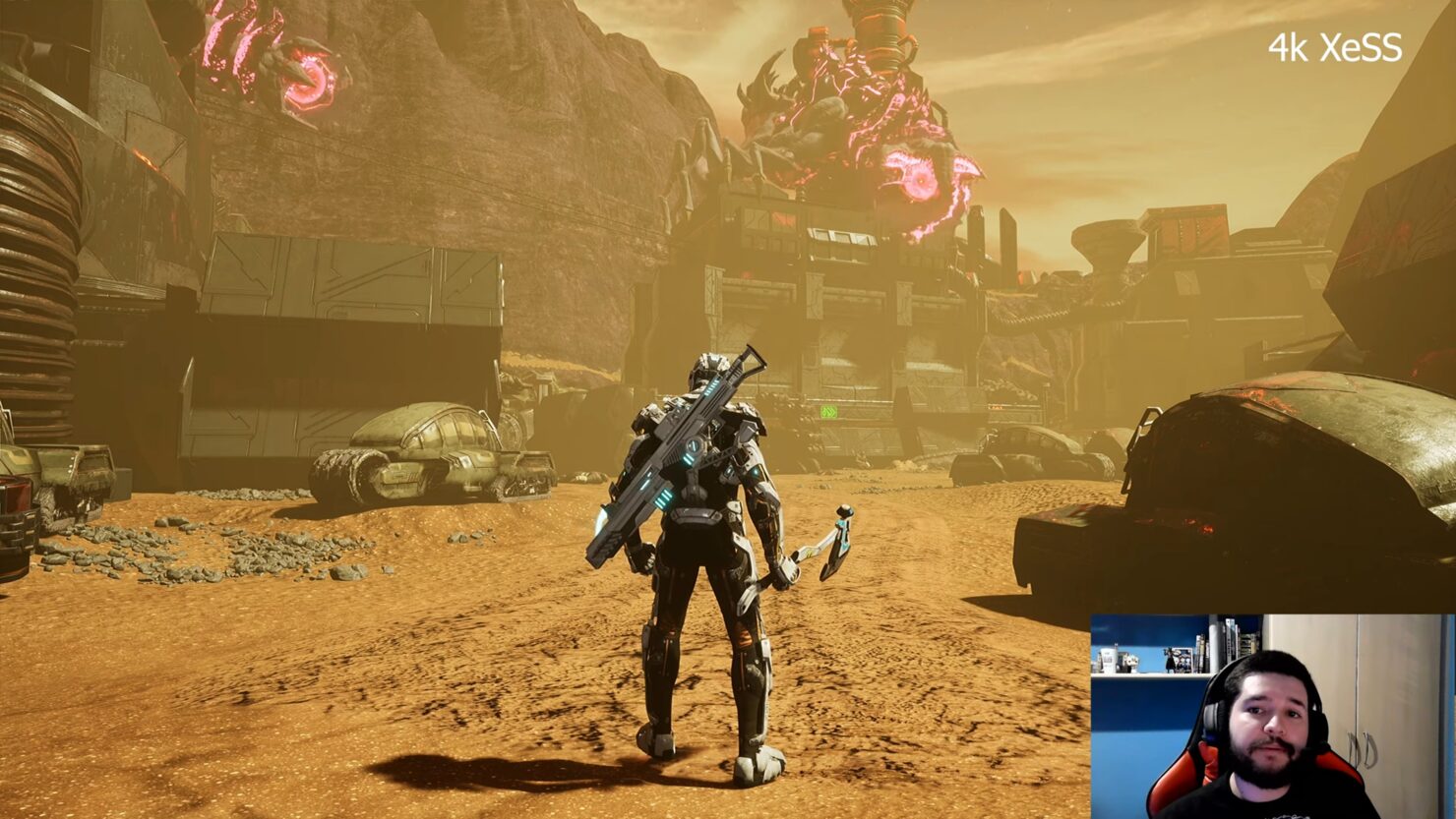 After discussing the inner workings of XeSS, Intel engineers briefly showcased the technology used in the upcoming Soulslike game Dolmen during the presentation. Gabriel Ferreira (CTO and Lead Programmer at Massive Work) joined the presentation to reveal that Intel XeSS was easy to integrate and helped the studio reach 60 frames per second with ray tracing enabled in Dolmen.

In the past months we have also been working closely with Intel in order to implement XeSS. Dolmen is built up using Unreal Engine 4 and along with Intel we were able to smoothly implement this technology and integrated it with our current systems in a way that we would benefit the most from its capabilities, providing the user a better and faster experience with next-gen graphics.

This technology has helped us improve performance on already amazing scenes and reach 60 fps with ray tracing enabled in places where we were already on our FPS budget.

Lucas Xavier, an Environment Artist from Massive Work, also talked briefly about the benefits of using XeSS in Dolmen.

Comparing Intel XeSS to native 4K rendering we have an improved experience with a higher performance without losing a single piece of quality and having sometimes even sharper looks and less ghosting. This is all thanks to the AI technology that super samples the image and provide us with amazing looks at a cheaper rendering cost. Intel XeSS technology has enabled us to reach 60 fps with ray tracing which without an AI super sampling technology just wouldn't be possible.

Dolmen is the fourth PC game to receive support for Intel XeSS after Death Stranding: Director's Cut, HITMAN III, and The Riftbreaker. Set in a sci-fi/cosmic horror universe inspired by H.P. Lovecraft, Dolmen was funded on Kickstarter last year and will be published on May 20th by Prime Matter for PC, PlayStation 4, PlayStation 5, Xbox One, and Xbox Series S|X.