You usually know what you’re getting with Codemasters’ various racing series. The F1 games are an ultra-detailed ode to everything Formula One and Dirt is all about gritty off-road-racing spectacle, but the Grid games are somewhat harder to pin down. The series’ precise focus and spot on the arcade-to-sim spectrum has shifted from game to game, but broadly speaking, Grid is about approachable racing with a wide range of different vehicle types. The upcoming Grid Legends largely builds on the foundation laid by 2019’s Grid, sticking with a winning engine while adding new content and a more fleshed-out story mode.

So, is this the year the Grid breaks away from the pack and establishes its own strong identity and legacy? Or is the series still in need of some fine tuning before it achieves its true potential? Start your engines, it’s time to take this one for a test run…

Usually, the story isn’t really something that bears mentioning in a racing game review, but Grid Legends is an exception. The game features a full story mode, entitled “Driven to Glory,” that casts players as a rookie driver for Seneca Racing, a down-on-its-luck team looking to win the season against much better-equipped competitors. Races are interspersed with ESPN-style documentary segments featuring live actors, which is an interesting idea, but not particularly well-executed. Frankly, the actors aren’t great, and the cheesy dialogue they’re forced to chew through doesn’t help matters. The way you play doesn’t affect the story either – you’re getting an “underdogs slowly rise through the ranks” narrative even if you come in first in nearly every race (as I did). Don’t get me wrong, the story mode is a decent way to learn the ins and outs of Grid Legends over the course of three or four hours, but aside from that, it’s not that memorable.

Looking beyond the story, Grid Legends’ other modes are rather dry. Career mode offers up literally hundreds of individual races to work through, but they’re not presented with any particular pizazz, and eventually the draw of grinding on wanes. The game’s “Race Creator” allows you to mix-and-match elements – tracks, weather, vehicles, race types – to create your own events you can play against the AI or online opponents, which is fun for a while, but a feeling of déjà vu eventually sets in. While Codemasters offers a wide array of event variables and an impressive selection of vehicles classes, from open-wheel racers to semi-trucks, Grid Legends is still a bit light on content when you cut to its core. The game’s collection of 22 locations is a step up from past entries of the series but falls short of what the genre’s big names offer (the upcoming Gran Turismo 7 will launch with 34 locations).

It’s a shame Grid Legends’ selection of tracks and modes are a touch anemic, because the game can be a lot of fun once you hit the asphalt. The game is definitely more on the arcade side, with cars that feel properly weighty, but will obediently drift around corners with a quick tap of the handbrake. That said, the game also offers a variety of options that allow for a more sim-ish feel if you so desire. The Nemesis system from Grid 2019 makes its return, with careless collisions often resulting in other cars targeting you for the rest of the race (not that it stopped me from wantonly smashing everybody’s bumpers). Grid Legends is at its best as you’re battling through the pack, as opponents react in semi-realistic ways and the game will occasionally throw a multi-car pileup or other random event into the mix to keep things spicy.

Grid Legends’ car list isn’t the longest in the world, but each of the game’s nine vehicle classes stand on their own. From the classic GT cars to the blistering open-wheel racers, to the electric vehicles that can collect kart-racer-style boosts, each vehicle type feels unique. The game’s various racing locales and tracks run the gamut from exhilarating professional raceways to cramped urban courses, to breakneck downhill sprints, with very few duds amongst them.

That said, don’t expect Grid Legends to knock your socks off visually as vehicles and environments are a far cry from photorealistic, although the game does serve up some impressive weather effects. While Grid Legends isn’t the prettiest car on the track, you can’t fault its performance, as it delivers a crisp image and consistent 60fps on PS5 (there’s also a 120fps mode if you have a compatible TV). I also have to say, the game’s soundtrack goes surprisingly hard at times.

Ultimately, Grid Legends is a good pick-up-and-play experience, and folks motivated to grind through every challenge it has to offer will remain occupied for a while. That said, those with less patience for repetitiveness may be looking for the off-ramp sooner.

This review was based on a PS5 copy of Grid Legends provided by publisher Electronic Arts. You can pre-order a copy of the game here. 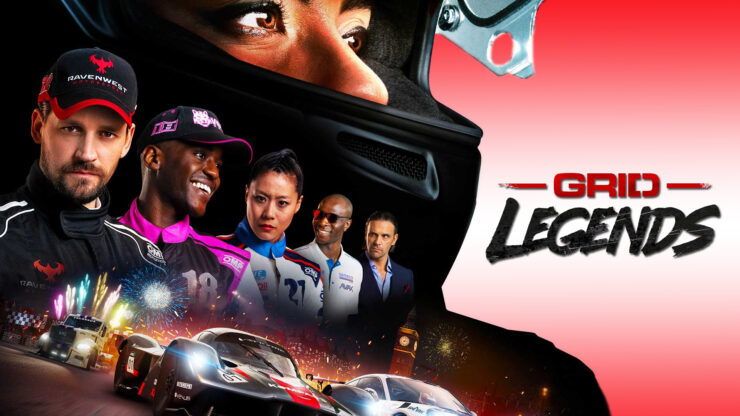 Grid Legends is an exciting and inviting arcade racing romp, but it doesn’t outpace the competition in any particular way. The game’s new story mode is more cringey than captivating and a middling amount of content may eventually make you feel like you’re circling the same old track. Grid Legends is worth considering if you’re looking for some approachable asphalt action, but you may want to wait until the Blue Book price comes down a bit.