I should mention beforehand that I'm not the greatest fan of real-time strategy games. This is odd because I have a considerable background in the genre, playing games like Age of Empires. However, I believe that my liking of games like that may have been because I played it with maxed resources for a sandbox experience. Why is this important for an Action RPG like The Riftbreaker? Because to me, it feels like a pseudo-RTS.

I should elaborate on that before I get called out. The Riftbreaker is an action RPG that has base-building elements. This pretty much means that you'll have to build a base, maintain said base, and then watch as it's destroyed because of a random element you didn't account for that came from the corner of the screen you weren't watching.

The Riftbreaker Metal Terror DLC Review – More of the Same

Does that sound familiar? Yeah, it's every RTS experience ever, and this game makes sure to give me flashbacks to the times I played games like Starcraft II and ultimately died because I wasn't producing enough resources "fast enough" to have my building structures at the maximum level with the coolest weapons unlocked in 2 minutes.

The Riftbreaker, at least, offers a more involved experience than that. Instead of having to manage units, you have to assign buildings to harvest resources for you. All the while, you have to make buildings that will protect your base with guns, flamethrowers, and rocket launchers. These buildings will require energy to function, though. So you have to make sure that you build energy plants.

You, as the titular Riftbreaker (also known as Ashley S. Nowak), have the job of building a base in Galatea 37 to create an environment that's safe for Earth colonization. The game constantly implies that Earth has become a factory planet, so Ashley is sent to prepare another world for colonization.

Ashley believes that humanity as a species can do more than that, however. So, she tasks herself with exploring the wildlife and surviving the perils the world has to bring while she's out exploring. This is another aspect that I find remarkable about The Riftbreaker. You have an entire planet to explore and collect information and resources from. Most of the time, you'll have to do it by your lonesome on your mech. In some other instances, you have a vast area to build a base to protect yourself.

When it boils down to an optimized experience, I felt like I was in control of things. I felt immersed in the game's world and was taking things at my own pace, exploring outside of my base to expand it further and get more resources.

However, almost every time I felt in control, something began to go haywire and ruin my overall experience. If it wasn't a hail storm that heavily damaged most of my buildings while a bunch of enemies was attacking my base, it was a freaking corner that my sentries weren't able to defend properly because of a power outage caused by the lack of wind that would impulse my wind turbines.

By then, my The Riftbreaker experience began to shift from an enjoyable ride to an infuriating one. I was getting annoyed about constantly hearing how I needed to build more storage facilities or how I emptied one of the Carbonium/Ironium deposits I just discovered. I was having those flashbacks of moments where I had to gg because I was getting overwhelmed by alien creatures that were tearing down my defenses, and most of the time, it was because I wasn't doing things the way the game wanted me to because I wanted to take my time with it.

The first save file I had was my breaking point, ironically enough. I was in the middle of building an expansion to my base because I saw some Carbonium Ore. Then, I was downright demolished by a comet rain that destroyed 90% of my buildings by a stroke of bad luck. No, not heavily damaged, destroyed. Not long after that happened, a swarm of enemies from a nearby nest came up and started tearing what little I had left.

By that point, I was like, "That's it, I'm done. Going to Sandbox mode," and angrily unplugged my DualSense controller (Note: don't play this game on a controller. It's supported but just don't). After winding down and starting to get back in control of my experience (majorly because the game's Sandbox mode is fun), I decided to pull my KB+M and put my Starcraft-induced paranoia to the max.

My second save file is my most successful campaign thus far. My resources were reaching over tens of thousands (millions in the electrics), I very rarely was running out of any resource, and almost every swarm that was able to come to my base (if it wasn't killed by me and my Rocket Launcher/Flamethrower combo) was killed by the sentries I had on every corner of my base.

That is when I had the most fun. However, I also realized that the gameplay loop wasn't going to get any better, even when exploring other parts of the planet. In the end, all it amounts to is exploring Galatea 37 to find more resources to build another thing in your main base that will allow you to explore another part of the planet to find more resources, so on and so forth.

Sure, the enemies grow in size and variety, and you begin to experience different conditions, which you have to account for. Some areas might have constant heatwaves, while others have hail storms. But at the end of the day, you're still just expanding your territory while fighting off enemy forces until the loop stops through the game's Ending, or you choose to turn it into, essentially, another Sandbox Mode.

Ultimately, I don't believe that this game is bad, it's just hard to recommend as an Action RPG because its structure is going to be majorly focused on the base-building aspect and resource management. Sure, in other RPGs you also have to manage resources but in those kinds of games, you only look after yourself and the party, not an entire civilization made of buildings.

If you're into base-building games and love to take the fight to the enemies yourself rather than commanding units to do so, this is the game for you. The weapon variety and the enemy types you'll find are going to be entertaining enough.

I should also bring up that this game looks beautiful on high-end rigs. I pushed the game's resolution to 1440p and the game ran at 60FPS while using Ray Traced Ambient Occlusion and Soft Shadows. This game's pretty to look at and features some advanced tech, too, as covered in our previous interview.

Overall, The Riftbreaker is a serviceable game that brought back past trauma that I overcame. I believe that this game will bring joy to the over 200,000 people that bought it since it still is a breath of fresh air in the indie space. Its story is not a major focus; rather, it's all about how far you can get (willingly or not) in this game's harsh environment. Since the starting area is always different, you'll always have a different experience when traveling the grounds of Galatea 37. 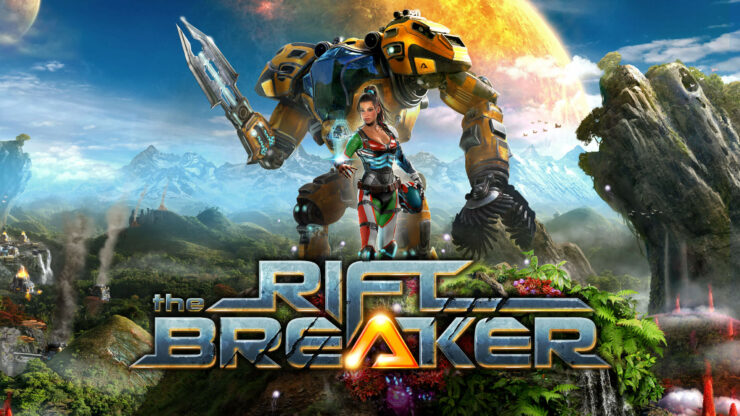 The focus placed by The Riftbreaker's gameplay loop on resource management may be too monotonous for some players. It's a game that focuses on its base-building mechanics more than its Action RPG mechanics. Still, it's a decent mixture of both that can either be loved or hated by players.