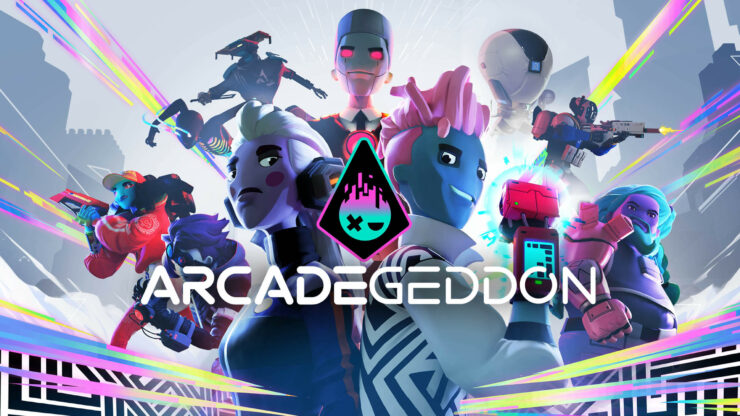 During yesterday's State of Play, developer IllFonic (Nexuiz, Friday 13th: The Game, Predator: Hunting Grounds) announced the debut of Arcadegeddon, a cheeky and ever-evolving multiplayer shooter game featuring cooperative PvE for up to four players and even some PvP challenges against your very friends.

This is the first self-published title for IllFonic. The game company headquartered in Golden, Colorado, chose PlayStation 5 and PC through the Epic Games Store as the target platforms for the early access phase of Arcadegeddon. The current price is $19.99, though that is expected to increase once the game launches, and the developers have warned there might be progress wipes at some point.

Join up to three friends in this ever-evolving cooperative shooter.

Gilly, the owner of a local arcade, is trying to save his business from a faceless mega corporation. To do so he creates a super game, unfortunately the mega corporation hacks the game and injects a virus. You need to save the game and the last hometown arcade.
This ever-evolving multiplayer shooter allows you and up to three friends to explore multiple biomes, mini games, find hidden chests, and defeat numerous enemy types and bosses. Arcadegeddon is a cooperative multiplayer experience that provides a mix of PVE and PVP experiences that allows for all different speeds of play.

IllFonic said Arcadegeddon will be in early access for about seven months, which means the full launch should happen in early 2022. Meanwhile, the developers' roadmap mentions plans to add new PvP modes, new biomes, weapons, bosses, customizations, and more.