When Microsoft acquired Bethesda holding company ZeniMax Media for $8.1 billion, it inherited two timed exclusivity deals Bethesda had made with Sony for the games Deathloop and Ghostwire: Tokyo. The latter is the new IP developed by Tango Gameworks, the Japanese studio established by industry legend Shinji Mikami (Resident Evil, Dino Crisis, Vanquish) twelve years ago. Since then, Tango Gameworks became known for The Evil Within series, a survival horror IP inspired by Resident Evil.

Even the Ghostwire: Tokyo project started as the next chapter in The Evil Within, but it eventually morphed into its own thing, as the development team told us. After completing the game and having quite a lot of fun, I can say they made the right choice in following Mikami-san's encouragement to try something new.

Let's clarify from the get-go: unlike The Evil Within, Ghostwire: Tokyo is no horror game. While it has some creepy undertones, especially during specific missions, there are no genuine scares. That was a deliberate decision Tango Gameworks made so that players could explore the game world without too much stress, and again I find myself wholeheartedly agreeing with it.

Truth be told, the exploration may well be the very best part of Ghostwire: Tokyo. After the introductory chapter, players can wander around this uniquely deserted version of the Japanese capital in a more or less free fashion. Granted, many areas are off-limits until you push back the fog by cleansing the Torii gates, and a few of those can only be purified after specific advancements in the story.

Still, the game's level design shines bright as the creators have fully exploited the multiple layers of Tokyo's architecture, always rewarding explorers with something interesting once they succeed in figuring out how to climb a particular building or access a seemingly closed-off alleyway.

Eventually, you'll even be able to grapple up to the avian yokai called Tengu, who love hovering near the tallest buildings. That said, they're not always available, but you can upgrade the ability to summon a Tengu yourself instead. Needless to say, this is a tool that any player will welcome, but one that I only unlocked quite late in the game as it is quite costly. You could certainly opt to get it a lot earlier than I did, though at the expense of combat prowess.

Overall, I ended up spending a lot of time during my playthrough going up and down buildings to save clusters of poor souls transformed by the fog, gather meika (the game's currency), cleanse corrupted trees, find consumables (food, water, etc. to restore HP and/or provide temporary buffs) and specific collectibles that the in-game vendors will pay handsomely for.

That's just the tip of the iceberg, though. Ghostwire: Tokyo is a meaty game, as the developers had promised in the interview, and I spent nearly 28 hours finishing it while still having about a dozen side missions left. Some of these stories can be great, as they cleverly deal with the many types of regrets and unfinished businesses that anchor the recently deceased to the mortal plane.

As the game is heavily based on Yokai mythology, you'll also be looking for various spirits native to different parts of the city. For instance, the Ittan-Momens love to hang on top of buildings, while Kappas are always found near water, Zashiki-warashi inside homes, and Kodama near ancient trees. Catching up to a Yokai lets you absorb their power into Magatama beads. Gathering enough Magatama is required to unlock some of the most powerful abilities (including the Tengu summoning discussed earlier), so it's highly recommended to partake in these activities, even though they sadly play out all the same based on the type of Yokai. In most cases, these are chase sequences except for Kappas, where you'll have to lure them out with a cucumber and then sneak up on them while they're eating the fruit, or Kodama, where you'll need to protect them against marauding Visitors.

The main story is decent if too predictable in its development. However, the cast of characters is intriguing enough to have the potential to be further developed in future DLCs or sequels. I've even played the free Ghostwire: Tokyo Prelude visual novel just to see if it could shed some additional backstory on them, but it's far too short and limited to accomplish anything of the sort.

Overall, Tango Gameworks crafted a universe that seems ripe for expansion with its seamless meld of modern setting and Japanese mythology. Even the Visitors themselves are excellently designed both narratively and visually. There are so many of them worth noting, from the overworked and impeccably dressed suits that turn into zealous Rain Walkers to the machete-wielding Rain Slashers born from deep workplace enmity, from the Paper Dolls (people who were forced to always have a smiling facade and are now pouring out all the negative energy they've accumulated inside) to the headless Students of Misery and Pain, dragged down by extreme anxiety and restlessness for their futures.

While the main story is understandably serious (the fate of the world is at stake, after all, as the villain wants to rip open the veil with the spirit world once and for all), I do want to mention that Ghostwire: Tokyo does have a quirky side that is endearing in all the right ways. The vendors are the catlike Nekomata Yokai, for instance, and there are also plenty of cute real animals scattered throughout Tokyo that can be interacted with. You can hunt for Tanukis (who have somehow disguised themselves as other objects to hide from the Visitors, but their boss wants them found and gathered), and you can speak to cats and dogs to gain insights into the surrounding area. Both can be petted, though for some reason, only dogs can be fed; when you do, they'll bring you to a nearby spot full of meika.

Combat in Ghostwire: Tokyo happens through the so-called Ethereal Weaving, inspired by the real-life technique of Kuji-kiri. It's this game's version of magic, based upon three of the four basic elements, minus Earth. Wind weaving is the quickest, though it can only hit one foe at a time, unlike water weaving and fire weaving. All of them can be charged for more powerful strikes. Additionally, over the course of the adventure, you'll gain a spectral bow and several useful talismans that can stun Visitors or make their inner Cores more vulnerable to destruction.

There's no dodge; you can sprint away, though it's not exactly the same thing. You can parry attacks, and perfect parries stun melee enemies or send back projectiles.

There are a few instances where KK is separated by Akito. In these cases, Ethereal Weaving becomes briefly unavailable, and you'll be left to use stealth or the spectral bow to dispatch the Visitors. While Ghostwire: Tokyo is no stealth game, I thought that this element was well done and enjoyed how it was possible to use it to gain an advantage against most enemies except the flying ones. All except the most powerful Visitors can be instantly defeated through Quick Purge, so I'd recommend sneaking up behind them whenever possible. You can even use some talismans to create hiding bushes (which will obstruct your enemies' line of sight) or make some noises to distract the Visitors.

Overall, I'd say that combat is fairly solid, while not exactly impressive. Compared to Control, also an action/adventure game with supernatural elements, I'd say that Ghostwire: Tokyo features better exploration but worse combat. It also could have used more bosses, at least in my opinion. At any rate, I recommend playing this game on the Hard difficulty level from the get-go if you want an adequate level of challenge.

Regarding PC performance, my impressions are essentially the same as the preview article, especially as I haven't been able to get my hands on the optimized NVIDIA Game Ready driver that is yet to be released. There are far worse performing PC games, that's for sure, and the game can look pretty good (rain notwithstanding) with ray tracing enabled. That said, Ghostwire: Tokyo is no stranger to the now infamous stuttering issue that plagues several open world games made with the Unreal Engine. We can only hope that Microsoft's DirectStorage API, whose public SDK is finally out now, will help alleviate this specific problem in future games.

Several settings are available for tweaking, though a Field of View slider is sadly missing in Ghostwire: Tokyo, a shame for a first-person only game despite the default FoV not being too narrow. I expect modders will take care of that soon enough, though.

As I mentioned in the hands-on, the PC version also takes advantage of most of the DualSense controller's features, such as haptic feedback and adaptive triggers, which really add an extra level to your immersion. The only thing it doesn't support is the DualSense controller's speakers, which in Ghostwire: Tokyo's PS5 version are used to play spirit voices. It would have been nice to have this feature as well, but as far as I know, there are no PC games that support it so far. Hopefully, that will change soon. 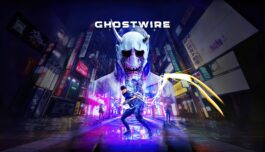 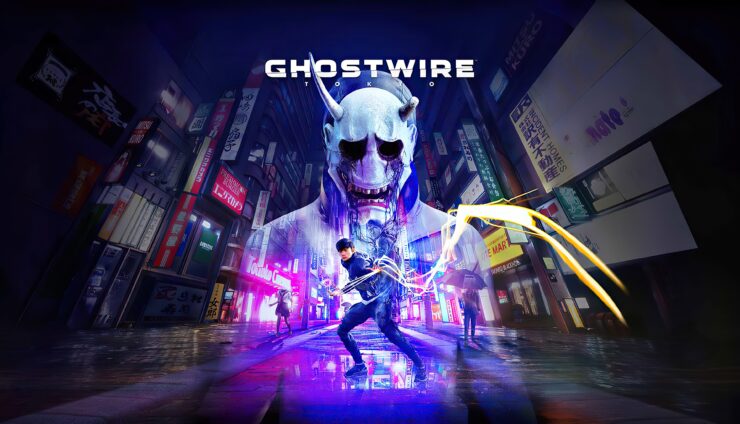 Ghostwire: Tokyo may be the best game yet from developer Tango Gameworks. It's a great and meaty action/adventure game featuring an enticing universe, solid combat, and excellent exploration of the wonderfully designed Tokyo.