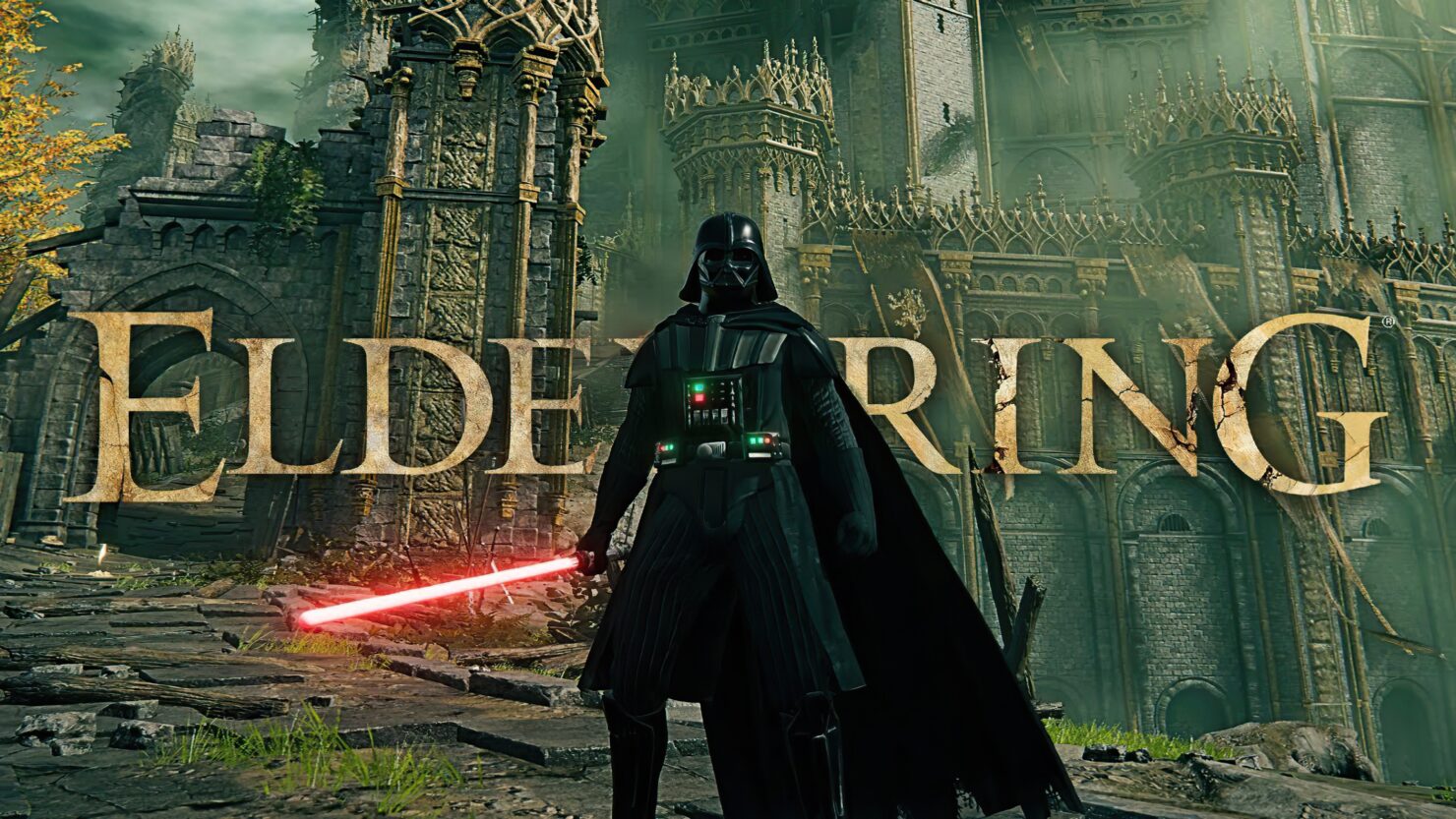 Star Wars day has just come and gone, rekindling the love for George Lucas's far-away galaxy in countless fans worldwide, so if you're itching to get some Star Wars in Elden Ring, there's a perfect Darth Vader mod for that purpose.

Created by drs32 and uploaded to Nexus Mods by Xelerate, it replaces the in-game Confessor set with a wonderfully recreated Darth Vader suit. That said, to get the full effect you will also need to install a lightsaber mod such as the one created by KeyGerStrike and uploaded to Nexus Mods by riosep2039, which replaces the in-game Warhawk's Talon weapon with a lightsaber. It's certainly a great way to get in the mood for his return due later this month in the Disney+ series Obi-Wan Kenobi, where actor Hayden Christensen is set to reprise his role as the former Chosen One.

Elden Ring's status as one of the most popular games has done wonders for its modding scene, which includes countless weapon replacements (from Warcraft's Frostmourne to Devil May Cry's Rebellion) and model replacements (from the Doom Slayer to the nanosuit from Crysis). That's just the tip of the iceberg, though, since there are Elden Ring mods to make the game easier or harder, to add transmogrification, photo mode, increased LOD, customized Spirit Summons, faster respawn/load times, restored network test classes, and new mounts.

Even more ambitious Elden Ring mods are on the way. Luke Ross is making the game compatible with VR headsets (and adding a dedicated first-person mode in the process), while LukeYui is planning to enable seamless cooperative functionality throughout the entire game.

Elden Ring modders are sure to provide interesting additions and improvements to the base game for years to come. Stay tuned on Wccftech to get updated on the very best mods available.