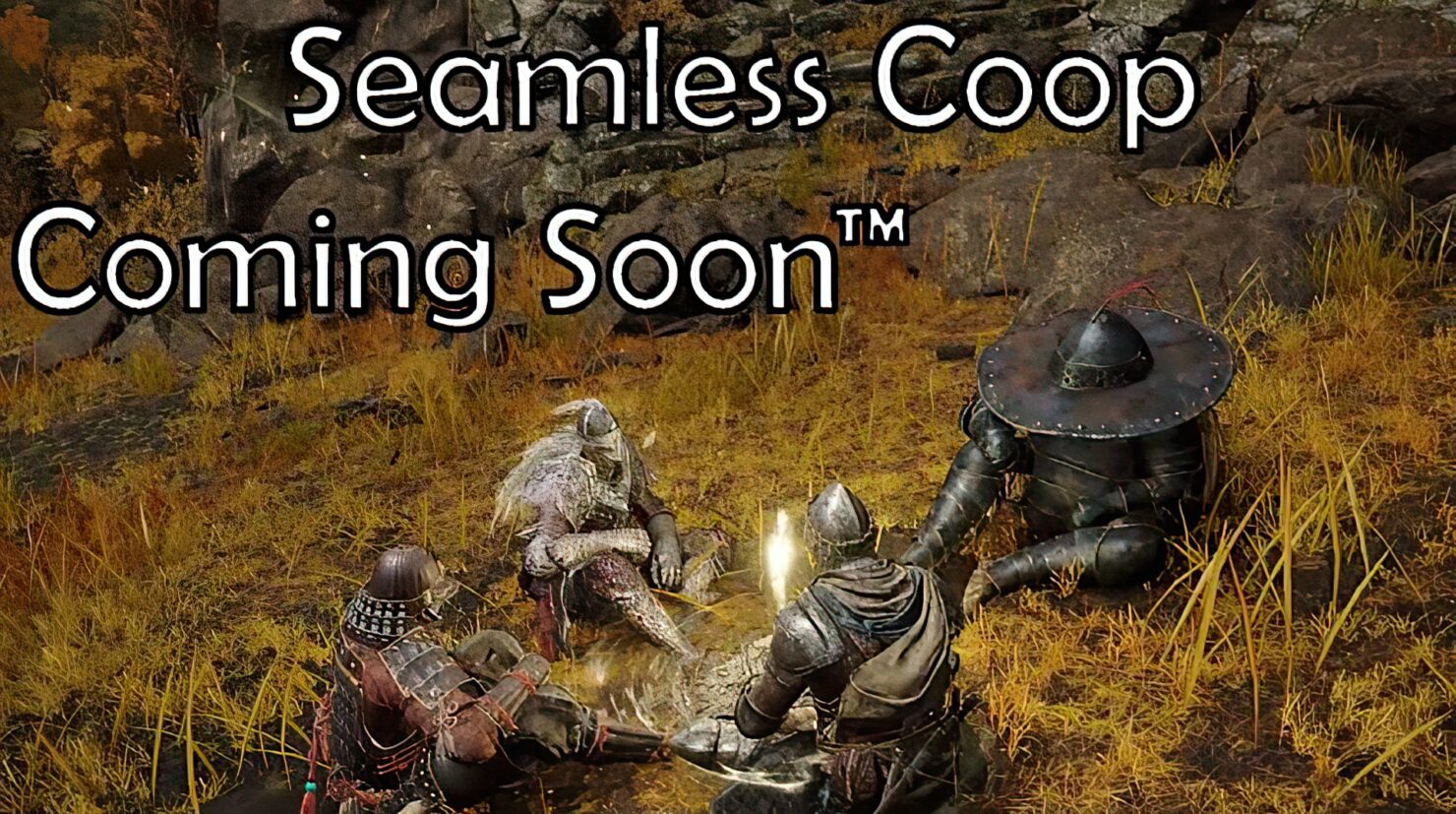 The Elden Ring seamless coop mod in development by LukeYui received a new video and release information. The modder revealed that a public beta will become available starting on Friday, May 27th via Nexus Mods.

Q) Can the mod get me banned?

A) No, the mod doesn't connect to the matchmaking servers and does not use FromSoftware's online services and therefore you can't get banned for using it.

Q) What is the player cap?

A) The maximum player count in a party is 4 (1 host + 3 guest players). Increasing the player cap beyond this is out of the scope of this project.

Q) Are there invasions?

A) No, there are no invasions. You can PvP with members of your party if you like using an item to toggle friendly fire mode.

Q) How do items work?

A) Items are unique to every player. If boss drops a talisman pouch for example, everyone will get it. The same applies to items found in the world and enemy drops.

Q) How do sites of grace/bonfires work?

A) If one player sits at a site of grace anywhere in the world an enemy/world reset will occur for every player. If a player is fighting a non-open world boss at this time, they will be placed back outside the fog wall and the fight will be reset.

A) Yes progress is shared. But it only applies to actions you do whilst in a player's world - for example if you start a fresh character and join a player to kill an end-game boss, only that boss will be dead in your world and you won't inherit all of the other player's progress they had before you joined.

Q) How does it work with the anti-cheat? A) It doesn't, the mod uses a separate launcher which runs the game without launching Easy Anti-Cheat.

Q) Can I use other mods?

A) Yes, however for regulation / param file edits everyone in the party must have them active in order for them to be visible. (e.g. if just 1 player uses a randomiser, it will only work for that player).

Are you eager to experience this Elden Ring seamless coop mod? Let us know below.