The ongoing COVID-19 pandemic is having a profound effect on nearly all aspects of our lives, with gaming absolutely being no exception. Unsurprisingly, people are doing more gaming than ever while stuck at home, but the launches of many of this year’s biggest games, as well as Sony and Microsoft’s much-anticipated next-generation consoles, are now in serious question as publishers grapple with new development, manufacturing, and logistical challenges.

The gaming industry is doing a decent job of rolling with the punches for now, but how will the hobby be affected as we trudge deeper into 2020 and beyond? While it’s impossible to say how everything will shake out with anything approaching 100 percent certainty, here are some educated predictions based on everything we know now…

A Disclaimer Before We Begin

A rough roadmap for the rest of 2020 does seem to be emerging, as the United States, Australia, the European Union, and other countries have recently presented plans and prerequisites for easing COVID-19 restrictions. It seems like people in many parts of the world may be able to return to some semblance of normalcy later this summer if the rate of infection is reduced, more comprehensive testing can be implemented, and new treatments are introduced. That said, the virus is still in the driver’s seat here, and there’s a good chance lifting of restrictions may take longer than expected. Also, as we’ve already seen in places like Singapore, the easing of restrictions may well result in a second wave of infections and renewed limitations.

So yeah, nobody really knows what’s going to happen, but some of the forecasts in this article are made under the assumption that a) there will be an easing of restrictions sometime this summer, and b) there might be another spike in infections later this year. Ultimately, the only thing that’s going to put a permanent end to this mess is a vaccine, which probably isn’t coming until next year.

When will already-delayed games come out?

While games like Resident Evil 3 and Final Fantasy 7 Remake managed to squeak out in time, a number of major titles scheduled for the next couple months like Wasteland 3, The Last of Us Part II, and Iron Man VR have been delayed. Some of these games, like Amazon’s New World (August 25) and Wasteland 3 (August 28), have new release dates, while Sony’s games are currently without a spot on the calendar. That said, Amazon briefly posted a June 26 date for The Last of Us Part II, which is currently the release date for another big Sony game, Ghost of Tsushima. While nothing has been confirmed, this has led to speculation that TLOU2 will take the June release date and GoT will be bumped to later in the summer.

Looking at the confirmed and rumored dates, it seems like most, if not all, of these delayed games are eyeing early-to-mid summer launches. The reality is, most of these games are essentially finished – as the makers of TLOU2 have admitted, the delays are more due the logistic challenges of getting games in players hands during a pandemic. More than 50 percent of AAA game sales are still physical, so going fully digital isn’t really an option. It seems the publishers of these delayed games are making the bet restrictions will be dialed back this summer, allowing them to rush something into stores. Here’s hoping they’re right.

Will updates and DLC for existing games be delayed?

Yes, it’s already happening. The teams behind most of your favorite live service games are now working from home, and it’s having an undeniable effect on development. Fortnite, Star Wars Battlefront II, and Fallout 76 have already delayed content, and the makers of other games like Rainbow Six Siege, Final Fantasy XIV, and Super Smash Bros. Ultimate have warned delays are likely. Expect most live-service content roadmaps to go out the window this year. 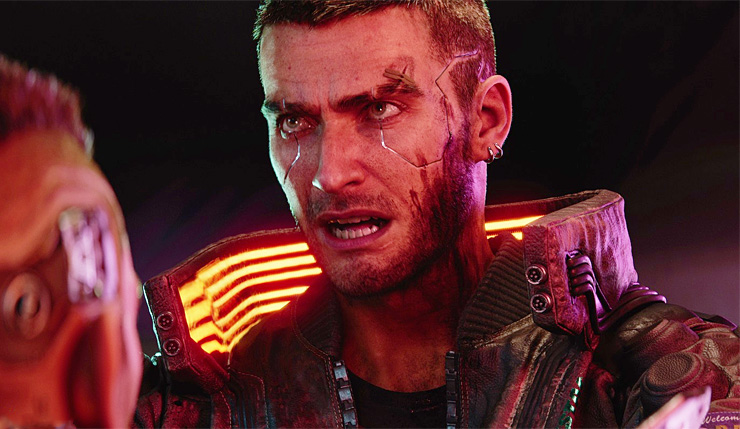 Will the big games coming out later this year be delayed?

So far, major games coming later this year, such as Cyberpunk 2077 and Marvel’s Avengers, have yet to announce additional delays, but given what’s happening with pretty much every live-service game, we know working from home has an impact on productivity. There are also things that are difficult or impossible to do from home, including voice recording, motion capture, and game testing. That said, both Cyberpunk and Avengers were originally supposed to drop in April, and are both said to be very close to completion with the delay to September just being for additional polish, so there’s a decent chance they still make it out on time despite disruptions (CD Projekt Red insists their game is still on track). Personally, I’d say it’s about a 60-40 chance Cyberpunk and Avengers make their September release dates.

But what about the big 2020 games that have yet to nail down a specific dates, like Halo Infinite, Vampire: The Masquerade – Bloodlines 2, and Watch Dogs: Legion? Not to mention heavily-rumored titles, like the next Assassin’s Creed and the Call of Duty: Black Ops reboot? Unlike Cyberpunk and Avengers most of these games aren’t done and just waiting for a final spit polish, so expect at least a couple of them to slip. Even Activision, who usually wouldn’t delay a Call of Duty game under any circumstances, have admitted that, while on track now, they may have to reassess their release schedule soon.

Finally, what might be happening with those secretive first-party console launch titles? Xbox head honcho Phil Spencer has admitted delivering software for Xbox Series X is one of the biggest challenges they face, with things possibly being a bit lean at launch. Sony has been a lot quieter about what they’re preparing for the PlayStation 5 launch, but they’re likely facing the same issues everybody else is.

Will the new consoles and graphics cards be delayed?

Of course, next-gen launch titles won’t be necessary if the consoles don’t come out. So, will the Xbox Series X and PlayStation 5 be delayed? Probably not, although they might be in short supply.

According to Microsoft, their supply chain is coming back online, as China has once again begun manufacturing electronics. That could always change, but Microsoft and other companies seem confident the factories are staying open. Again, per Phil Spencer, software is the real concern – the Xbox Series X itself is being built and will likely be on shelves this year, even if there’s not much new stuff to play on it. As for the PS5, according to a recent report, production of the new console hasn’t been seriously affected by COVID-19, but Sony is struggling to keep their costs down. Due to issues detailed above, and the fact that consumers may not be champing at the bit to buy expensive new hardware during a global pandemic and economic downturn, Microsoft and Sony may well opt for low-key launches with limited numbers of units available.

But what about PC gamers looking to upgrade their rigs? AMD’s upcoming RDNA-2-based Radeon RX Navi 2x graphics cards are slated to launch in October according to Wccftech’s sources, and the company has assured partners they should be able to fulfill commitments thanks to their “world class” manufacturing pipeline. Meanwhile, NVIDIA’s new Ampere-powered RTX 3000 GPUs are rumored to arrive in Q4 of this year, although we’ve heard much less about them. Ultimately, both AMD and NVIDIA’s new processors will probably arrive this year, as manufacturing shouldn’t be an issue, and a recession isn’t going to stop hardcore PC gamers from buying new graphics cards.

When will this all end?

That’s the big question, isn’t it? As mentioned, life isn’t going to return to normalcy until we have a vaccine sometime in 2021, and until then, video game development, release dates, and playing habits will continue to be affected. And the financial fallout could last even longer – according to financial analysists, the video game industry may not really feel the crunch until later in 2021 when the effects of an extended global recession start to take their toll.

We’re all in this for the long haul, but gaming will survive, and in doing so, will help us survive. What are your thoughts on the current situation? Am I being too cautious about the effects COVID-19 will have on the gaming industry? Or too optimistic?