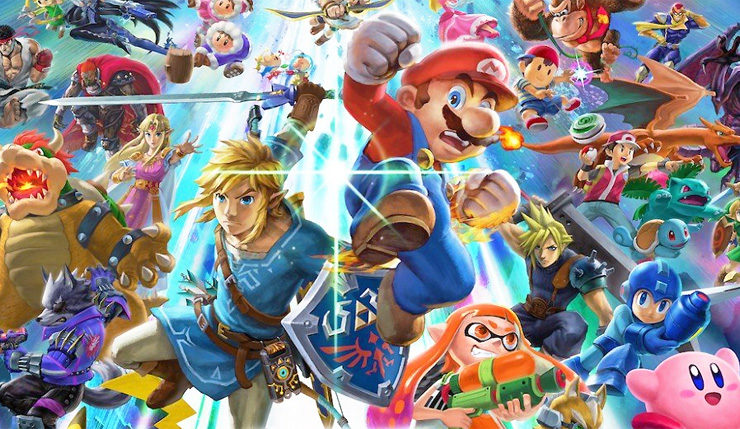 Coronavirus is going to have a huge effect on game development, with many studios such as CD Projekt Red already switching entirely to working from home, and per the latest column from Super Smash Bros. creator Masahiro Sakurai, the pandemic may be having an effect on Nintendo and its developers as well.

While we don’t have an exact translation of Sakurai’s column yet, it seems he was about to reveal a new Super Smash Bros. Ultimate fighter, but those plans are on hold for now. Nintendo may continue to make Smash Bros. announcements, but Sakurai seems to indicate development of DLC has slowed, or may have already been put on hold. You can check out the original quotes from Sakurai’s column (in Japanese), and a rough English transcription via Twitter user and professional translator PushDustin, below.

Soo it looks like excerpts of Sakurai's column might've leaked a full day early. It's about COVID-19, and the potential impact of Smash's development.

Take it with a grain of salt as it's not the full column so things might not be fully contextualized.

Sakurai had plans to present information about new fighter(s) to a publisher(s), but that's been put on hold now.

If someone at the office is found to have COVID-19, then the whole building would be shut down and development would be put on hold.

There is a possibility that Nintendo will announce the new fighter(s) as planned, but no development work will be done.

COVID-19 will have a huge impact on a lot of games, and a lot of titles will be impacted.

Note: Japanese does not have plurals like in English. So Sakurai could be talking about 1 fighter, or all fighters. With more context, it might become more clear. Please be mindful this is from a leaked excerpt, and the final translation of Sakurai's comments might differ.

Super Smash Bros. Ultimate recently wrapped up its first Fighters Pass, which included five DLC characters (Dragon Quest’s Hero, Persona 5’s Joker, Banjo & Kazooie, Terry Bogard, and Byleth). A second Fighters Pass consisting of six additional characters has been announced, but it sounds like we might have to wait a while for them to arrive.