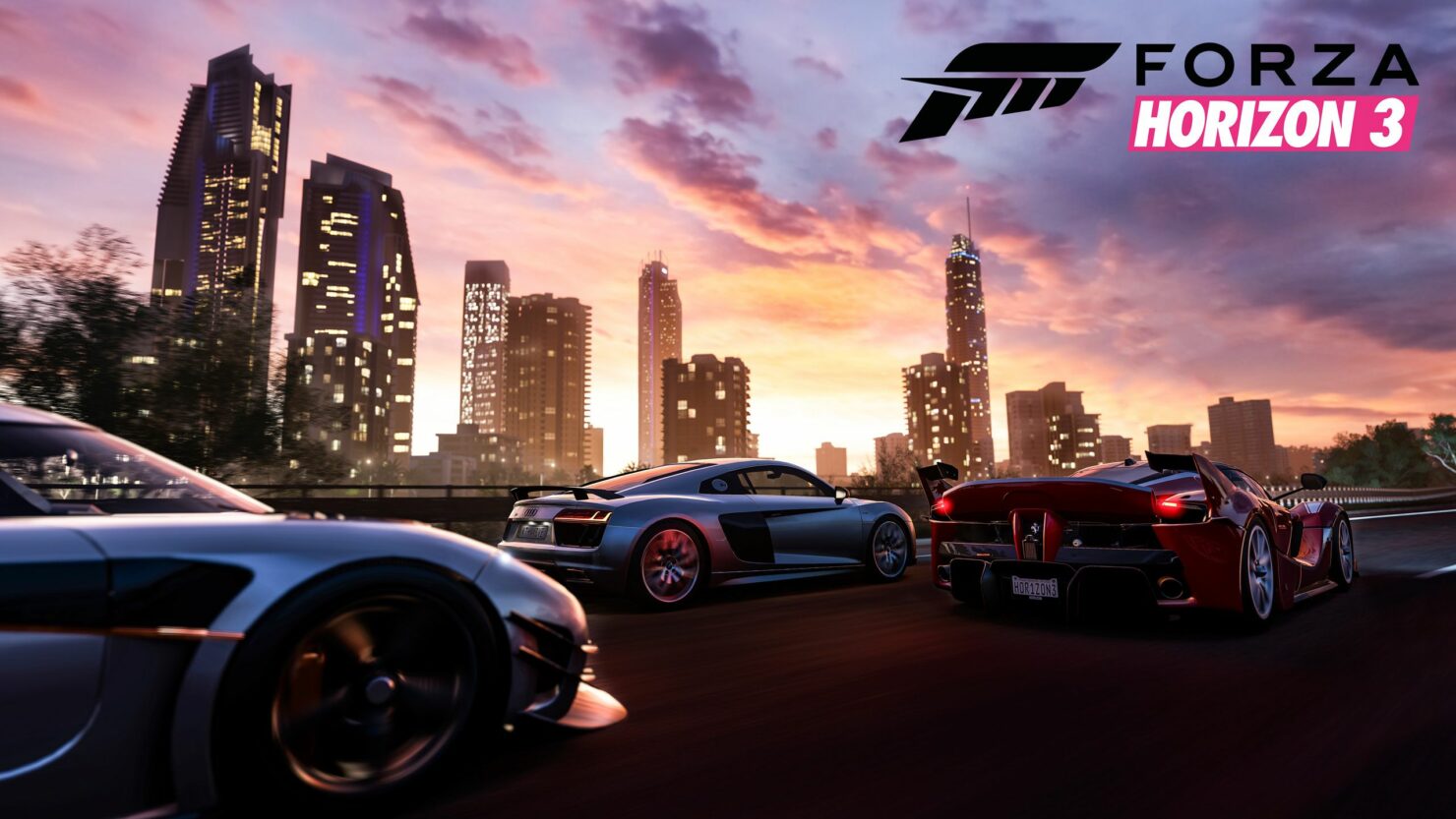 Other entries in our 'Best of 2016' series: Strategy, Simulation, RPG, Shooter, Action/Adventure, Indie

2016 hasn't been the biggest year for the genre, but it's certainly had a few gems. What is noticeable is that the genre has been pushing more towards simulation, rather than arcade, than ever before. Even Gran Turismo is heading towards full simulation with the upcoming Gran Turismo Sport. It's time to get behind the wheel and start your engines, here are the best racing games of 2016. 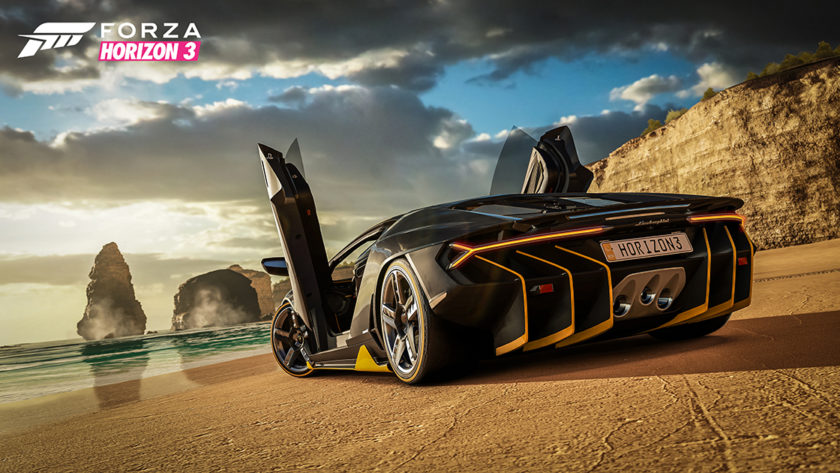 Without a doubt, Forza Horizon 3 has been one of my biggest games of the year. This is mostly because I'd never played a Horizon game before, and was relatively down on the Forza series. Playing this was a revelation, it even perked me up after EGX when Gran Turismo Sport left me feeling flat. The arcade-style racing and the sheer amount of content available is a wonder to behold. More so due to the fact that a simple tweak of the settings can turn it from arcade to sim, and back again.

Just how fully fleshed out you'll find Forza is what makes the game so enjoyable. On top of just regular racing comes a slew of side features to keep you entertained. Speed traps test how fast you can go, speed zones want you to keep that speed up over a period of time and race against anything from helicopters to power boats. Even the songs played on the radio can give you bonus points for racing around like a stark raving lunatic.

Even for simple car enthusiasts, this is almost a perfect way to go. Decked out with hundreds of immensely detailed vehicles across all types of cars, you can customise them to look however you want. Feel free to then pop the hood and tinker with the insides, fine tuning them to your perfect specifications. I'm still not sold on the race creation, having mostly left it to simply race around and enjoy the world. What a world it is, taking place in one of the most visually stunning games available. Set in a beautiful rendition of Australia, it features such impressive detail that it needs to be seen to be believed. 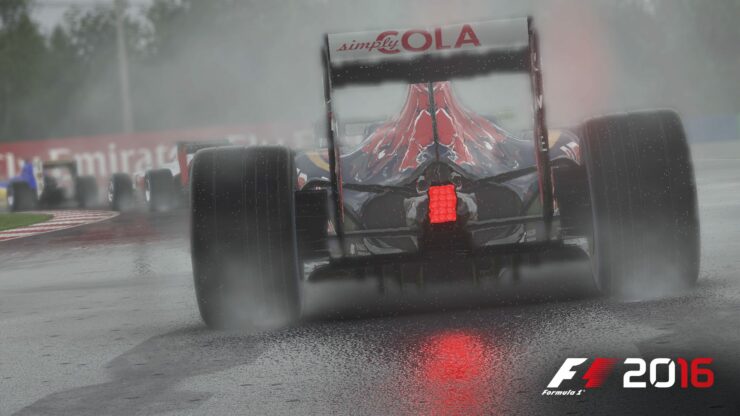 F1 2016 (official site) is a game I sadly didn't get to write a review of due to Gamescom commitments. What makes it more of a shame is that this is the best of the series so far. It starts a little slow, takes a bit of getting used to and needs time to build into itself. However, the new features and enhanced depth make it a complete Formula One game, not just a mere graphical upgrade on the previous iteration.

Particularly noticeable is the authenticity on both sides of the sport. Off the track you have career mode which gives you ten seasons to take the world by storm, dropping yourself into any team you like. Over the years you have to manage your R&D, slowly but surely improving your car, as well as improved interactions and progression like the ability to move to another team should you sufficiently impress.

On the track is where the real improvements have been made, though. New features like safety cars, formation laps and manual starts all add to the feeling that this is Formula One. Adding onto this is increased interaction with the world around you. This includes rivalries with other drivers, the chatter that goes off during the race and even interactions with your engineer. Where it really gets it right this time around is the driving, which has never been as good in the series. Everything is just that much more realistic; you'll slide if you accelerate too quickly, skid and lock-up if you break too hard and of course the effect the weather can have on everything. 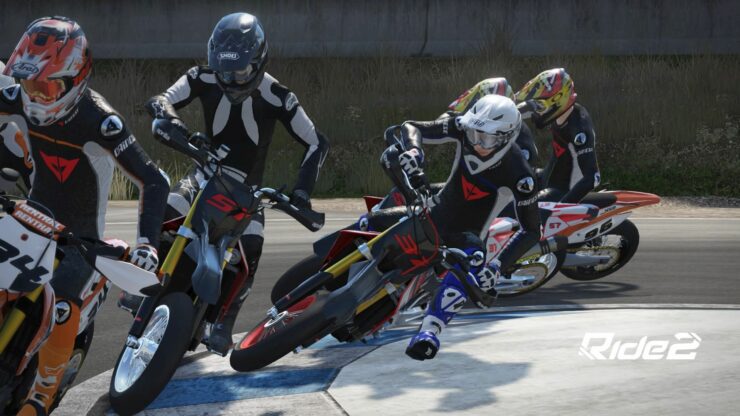 Ride 2 was actually the fifth release by Milestone in 2016 and every one of them are racing games, though this is the only one to make the list. This is the successor to Milestone's first original IP and arguably their biggest release of the year, certainly their best. With a huge roster of bikes at your disposal, which has only increased with the inclusion of DLC. It can be argued, however, that they have put too much focus on DLC and it's prohibitive in cost.

However, even without the DLC, the core offering is something worthy of notice. The game features a wide range of modes, each offering you something different to do. The campaign is also extensive in both depth and breadth, which can at times feel somewhat slow.

What really makes Ride 2 stand out is the racing. In my initial review, I pointed out that this is the best motorcycle racing game out there, and that's a point that I stand by. The game manages to grasp that feeling of handling a bike and brings it over to the game quite well. Anybody who's ever been on a bike will know that sinking feeling when the wheels slide away from you. The surface could be wet, you could have even gone off track or maybe you've just got your center of gravity off. This is something that Ride 2 has captured better than any other two-wheeled game out there. 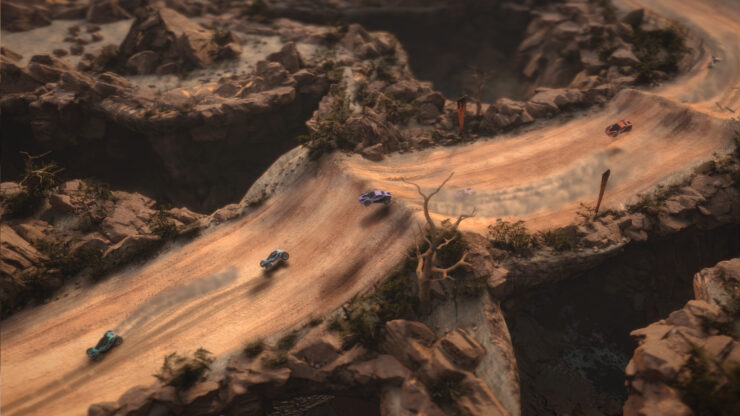 Mantis Burn Racing is a game that needs players. Most of all, it's a game that deserves players. The first of two indie titles in this list, it brings back the top-down arcade racer with great aplomb. Mantis Burn Racing manages this not through complexity or a huge range of weapons and explosions, it manages this through a mastery of the basics and just what is required of the type of game it wants to be.

Featured in the game is an extensive career mode, putting you in anything from regular races to overtaking challenges. All the while, the game has a great attention to detail which makes it look brilliant for a top-down racer, only let down by the fact it doesn't really use enough variety to take advantage of this fact. What it does take advantage of is the excellent work gone into the racing itself. Few cars ever feel this good to handle, and the game lets you focus on this by keeping it simple; You can either accelerate, brake or use a boost which regenerates through skillful driving.

Focusing on good driving is what makes Mantis Burn Racing a good racer, that's all you need it to do. What helps it all the more is that it's a type of racer long been left to the side or relegated to mobile gaming. It's a fun, interesting and extensive game that's worth picking up. 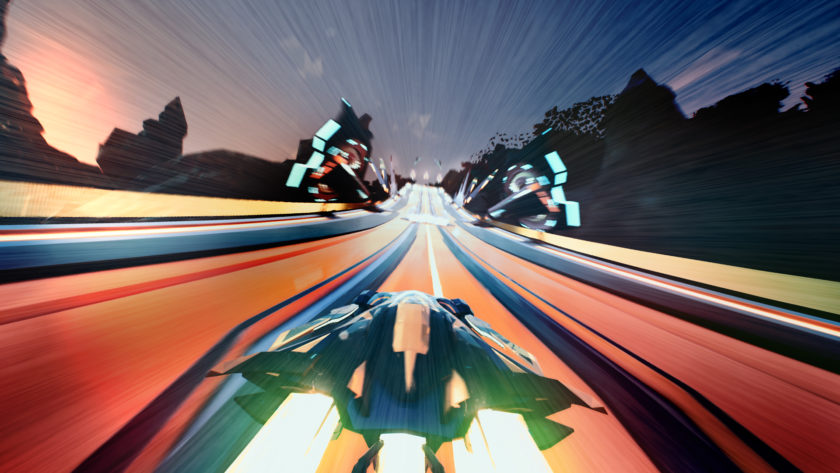 The last game in this list actually brings back another type of racing game, the futuristic racer. Redout (official site) hearkens back to the Psygnosis classic, WipEout. Add a touch of F-Zero and Star Wars: Racer and it captures the feel of the genre better than any attempt since. There's a real sense of speed to be found in Redout and it takes some getting used to. If it were only the speed then that may be enough but it's the tracks that make the game. One warning that comes with Redout is that you need a controller, the game demands the two analogue sticks that come with a controller. There's an incredible sense of verticality which requires incredible precision when controlling your hovercraft. As the track rises and bends, you need to control the pitch and yaw to avoid crashing into the side, other crafts and even the floor.

Redout is the clear second best game on the list and the biggest surprise of the genre this year, coming out of nowhere. It's not the cheapest game on the list but demands the price it sets, even including VR support. I've sadly not had the chance to experience it in VR, but the reports so far are very positive. Without a shadow of a doubt, Redout is a game that needs to be played. Either the extensive single player career, the absolutely fantastic racing or the hustle and bustle of racing in the (sadly quiet) multiplayer, there's so much to enjoy.

Interestingly, you can get the game for free by purchasing a GTX 1060/1050 GPU, desktop or laptop at participating retailers. Redout is also set to debut on PlayStation 4 and Xbox One next year.

Saying that it hasn't been the biggest year for racing is an understatement, it's been a slow year in reality. The majority of releases in the genre can best be described as average-at-best (Sébastien Loeb Rally Evo, MXGP2) or poor (Carmageddon: Max Damage). Two notable games not on the list are Driveclub VR and Forza Motorsport 6: Apex, as they were previously released as Driveclub and Forza Motorsport 6. This means there aren't any special mentions, we can just look forward to a hopefully improved lineup in 2017.

If there's anything you think I've missed, feel free to yell at me in the comments. While you're at it, don't forget to cast your vote in our Reader's Awards poll!

Forza Horizon 4 Review – Always Take the Weather With You

Forza Horizon 4 Impressions – The Greatest Race of Them All