Mantis Burn Racing comes at a time when the racing genre is skewing towards photorealistic graphics racing simulations like Forza Motorsport, Project Cars or Gran Turismo. VooFoo Studios, who are otherwise known for Pure Pool and Pure Hold'em, try their luck by taking on a genre that has often been neglected for a good long while, the beloved top-down racer.

Mantis Burn Racing at its core is a top-down arcade racer set on a couple of really good looking courses. The racing itself focuses on high-risk, high-reward racing with cars that look like they came straight out of your toy box.

Mantis Burn Racing’s career mode is comprised of seven seasons. In true arcade racing fashion, don’t expect much of a story here outside just win races and become the Mantis Burn Racing Champion. Each season has you compete in a number of different race types like time-trials or knockout, where the last place driver is eliminated on each lap.
The first three Rookie seasons can essentially be beaten with minimal effort. Once you enter the Pro seasons is where Mantis Burn Racing gets challenging. The AI is aggressive and makes you work for your lead, punishing you for each poor turn. This is where Mantis Burn Racing is at its most fun, when it’s forcing you into making split-second decisions on the track. 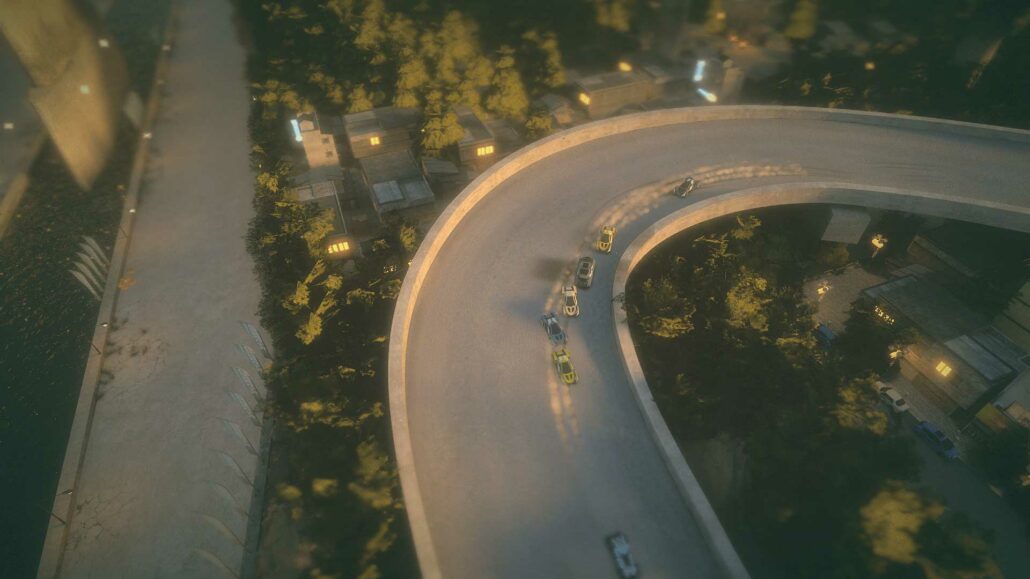 Drifting is the one skill you’ll need to master early and often. When the difficulty ramps up, many races are won and lost based on how you decide to approach turns. Each car type handles differently but all are fun to race, from the zippy light buggies that get crazy air time on jump to massive trucks that steamroll the competition. VooFoo did a great job of giving each car a good sense of weight on the tracks while still making them look like souped up RC cars.

The trick for success in Mantis Burn Racing comes from accumulating Gears which you’ll use to unlock new events and advance to your next season. Gears can be earned by winning races or completing in-race challenges. XP, on the other hand, can be earned by simply racing granting new vehicles and upgrades.
The slot upgrade system lets fine tune and beef up your favorite car. Each vehicle can be customized with better boosters, tires or suspension. There were times where I was hoping that machine guns or rockets would magically appear on the hood of my race car. Despite my wishful thinking, I had to defeat my rival racers in non-explosive ways. 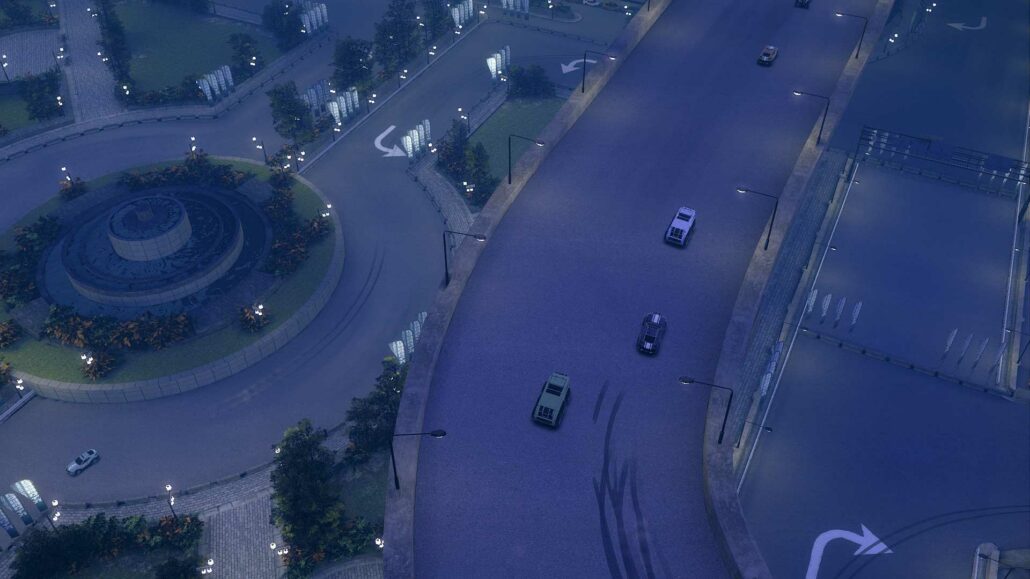 Thankfully, where Mantis Burn Racing shines is on the tracks themselves. The attention to detail to the track design takes advantage of the different type of racing you’ll do. What VooFoo did really well is making the very limited number of tracks feel unique depending on the car class and race type. Hitting a jump with a buggy or crashing through a shortcut with an enormous racing truck feels incredibly satisfying.

The two environments, Sand Town and New Shangri-la, offer two very distinct looks and feel. Sand Town is full of dirt, sick jumps and caverns. New Shangri-la is a neon metropolis with hairpin turns and a drifter's’ dream come true. It’s a good that both these maps are gorgeous because you’ll be seeing them an awful lot during your time with Mantis Burn Racing.
Looking for a match online has been a pretty hit-or-miss experience for me. Eight-player online races are competitive and fun when they happen. Unfortunately, I’ve only been able to compete in only a handful of races online because matchmaking often took way too long. It seems like there aren’t enough people playing on PlayStation 4 which would explain the long waits. If you’re more interested in local play, there’s split-screen for some intense couch gaming sessions with up to four players. 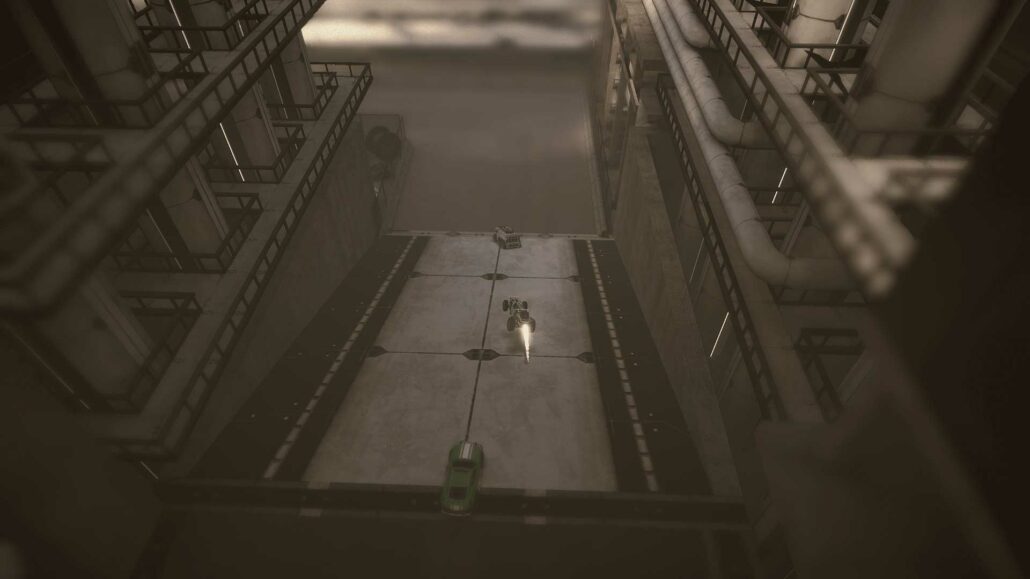 I did find myself enjoying the weekly challenges, such as "pass as many vehicles as possible within a time limit". What I like about these challenges is that they work on skills that’ll improve your driving ability.
VooFoo has stated that they will support Mantis Burn Racing with both paid and free DLC in future, which is bound to add some much-needed meat to the racer. It’s clear that the developers are aware of the frustrating lack of variety in their maps and game types. When you see the same tracks and events for the third, fourth and fifth time, it’s easy to check out.

Mantis Burn Racing has got a lot of potential but the lack of content and small player base will make you want to leave the race early. If you’re looking for an easy to play yet challenging racing game, then Mantic Burn Racing might be worth some time behind the wheel.

PS4 version reviewed (code provided by the publisher). Also available on PC (Steam) and Xbox One.

Mantis Burn Racing is a fun yet slightly shallow racing game. It's a decent alternative for those who don't feel like getting too investing in a deep racing sim and are just looking for an easy to play arcade racer.