Racing games are deceptively difficult to get right. Sure, you can have plenty of content, pretty locations to whizz past and the sexiest co-drivers in the business, but when the gameplay is more about how things feel than how things look, it can ruin absolutely everything else. Sebastien Loeb Rally Evo dances this line like a Fiat with a flat. 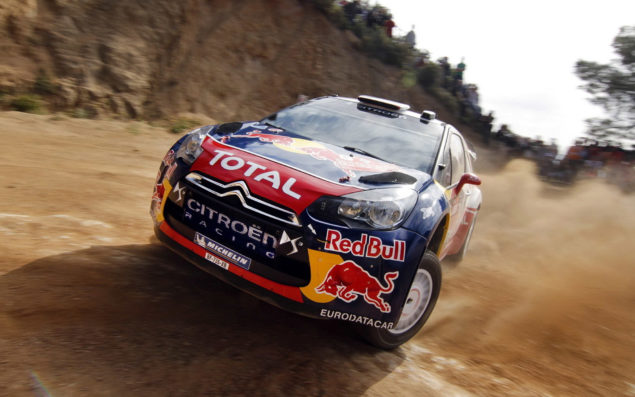 Sebastien Loeb - or Sébastien Loeb for all you Unicode fans out there - is the most successful driver in World Rally Championship history. He won it nine times in a row, and so you'd probably have expected a video game tie-in years ago. Of course, he was pretty heavily involved in Gran Turismo 5, but this is the first time his name is actually on the box.

That's why, on paper, it's no surprise that things sound pretty good. Plenty of tracks, plenty of vehicles and a hardcore slant that seems to be becoming more and more popular in this genre. All of these are promises that are more than lived up to. You can't swing a dead cat without hitting a new piece of content in this game, although why you'd want to I don't know (companion app idea?).

With hundreds of kilometers of track and more than fifty vehicles spanning five decades, there's enough for rally fans to really get their children-of-the-night fangs into. It helps that, as of writing, there's not really much else on the PlayStation 4 that even comes close to this level of content. It's a niche area, and one that Mr Loeb fills quite nicely for the time being (though the excellent Dirt Rally is about to land on consoles, too).

Even the graphics - usually the stumbling point in any racing game - aren't too bad, and the variety in tracks is always a pleasure to see. Each location looks like it ought to, which is about as good a compliment as you can give a game where you're stuck following a single road.

Granted, it's not going to be the game you turn on to wow your friends and neighbors - ya know, like we all do - but that's not what you expect from a licensed rally game. If it were a faster game, requiring less skill and constant braking, the occasional crack would be far less optional, but since you spend so much of your time accelerating, you get a close look at any minor mistakes.

Fans of the genre will be disappointed to hear that the internal views are a little underwhelming. Not because they're ugly, but that they're hardly functional. You can only move your head inches to the left and right, and there's not a huge amount of options available to improve on this. Other views, like full screen and dashboard, are available. 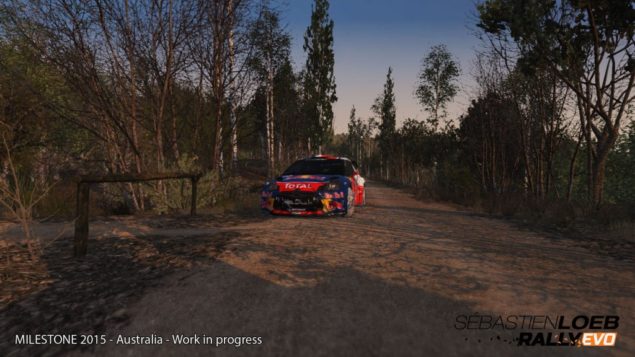 To add to the large amount of maps and cars, Rally Evo also includes a wide variety of modes and race types. No longer are you expected to drive around a curving path, alone, but you can take part in elimination and direct competition game modes, which are great fun and shake up the formula a little bit.

Although there's definitely a hardcore slant, there are things in place to assist rookie drivers. You have to actively seek these options out and I think all but the most dedicated rally fans will struggle to make it to the top in the harder races, but it's still accessible to others. Turning down the difficulty to Rookie will turn on brake assist and a number of other beginner features, but you can select options to make your life more difficult as well. By the time you have all the assist options off, I'm pretty sure it'd be easier to just go drive a real car.

Sebastien Loeb Rally Evo does everything it promises and more, but that unfortunately doesn't mean it's a great game. There are problems that you just don't expect from a title of this type on the PS4, some 20 years after the likes of SEGA Rally popularized the 3D racing genre.

There can be no excuse for the physics being so wonky. While it's great to have such a cool collection of content, it's always worth having a rock solid foundation and building from there. This is exactly what I meant when I said this game walks the line. In a title where the feel of the car has to be everything, you don't always have the most pleasurable experience. Before even mentioning the occasional underwhelming motoring, trees seem to be made of concrete and the slightest knock can completely ruin your day. 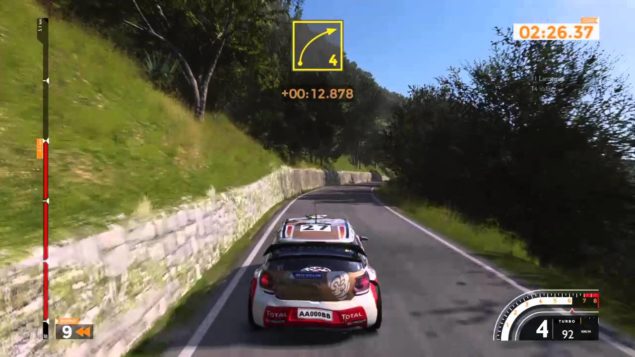 I've seen my car hit the smallest bump on the road and then very slowly lift onto two wheels before flipping entirely a few dozen yards down the line. I've had great runs ruined because that small sapling on the side of the road turned out to be made of tungsten. This is the sort of thing that can make or break it for digital rally racers, and yet it still pops up time and time again in new games.

The actual racing physics are okay, in that you only ever really notice them when they go wrong. Sometimes they feel a little too tight to control, like the devs mistook difficult for realistic, but obviously your mileage will vary based on what sort of car you pick and how you set it up.

It's a horrible situation to be in, to have a game that offers so much great content and yet just isn't always fun to play. Some of the problems happen rarely enough that they won't bother you, while others are things that you'll just have to get used to if you put any amount of time into it. It's annoying and a lot of people won't be bothered, and would rather wait for DIRT Rally to hit consoles later this year.

But for those people who only ever play driving games on their PlayStation, or who like titles that offer dozens of hours of content with a variety of content, this is one that's probably worth picking up. Sebastien Loeb Rally Evo has just enough quality to make the problems bearable.