Forza is one of the beloved franchises when we are talking about racing games. It also happens to be one of the very few that have managed to keep their integrity and fanbase in check over the past couple of years. Although Forza has gone the experimental routes, it knows what the fans love, and sticks to it for the most part. That being said, the latest announcement brings us Forza Street; a new game that is heading towards iOS as well as Android later this year.

Going as per the name, it seems like the game would focus more on street racing than pro-racing, which seems like the right thing to do. Currently, we have the Asphalt series as one of the pinnacles of racing games on mobile devices, but given Forza's history, we have a feeling that it might be a bit tamer than what Asphalt has to offer.

Forza Street Will Release on Android and iOS on May 5th

For a limited time, players who will be playing the game between May 5th and June 5th will be receiving Founder's Pack as a gift. This pack will include the 2017 model of Ford GT, as well as in-game credits, and gold. All of these rewards will be available in the message center, and you can claim them to add to your garage. 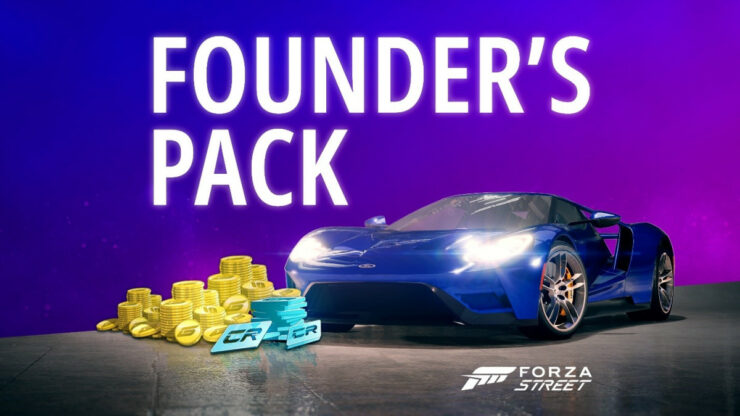 As per the official statement, the game is designed in such a way that it can be played at any time, and anywhere. You can pre-register now on Google Play Store as well as Samsung Galaxy Store. If you have the Xbox Live Sign-In, you can go ahead and start building your collection on your Windows 10 computer, save the progress on your mobile.

As with the classic Forza games in the past, Forza Street will allow you to collect cars, use them, and even dominate on your mobile phones as well as tablets. The game is officially set to release on May 5th, later this year. The pre-registrations are currently open on Google Play Store and Samsung Galaxy Store. As far as the iOS is concerned, you will soon be able to pre-register on iOS as well.

Microsoft Outlines Benefits of the Activision Blizzard Acquisition Through a Website