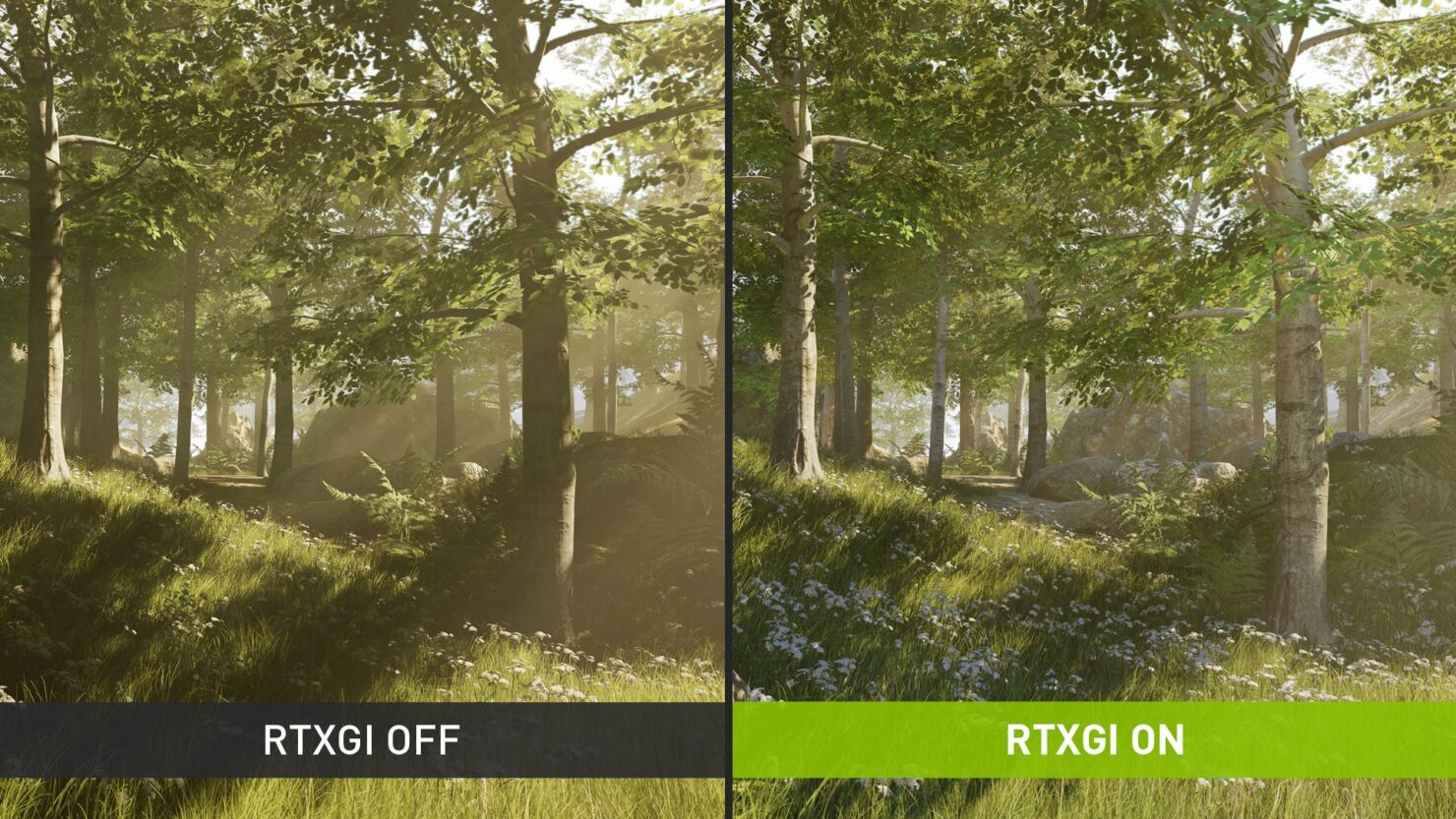 NVIDIA has recently released its RTXGI Unreal Engine 4 plugin on the UE Marketplace, allowing for much easier integration into game projects.

Here's the official overview of RTXGI.

NVIDIA RTX Global Illumination is a scalable solution that computes multi-bounce indirect lighting without bake times, light leaks, or expensive per-frame costs. RTXGI is supported on any DXR-enabled GPU and is an ideal starting point to bring the benefits of ray tracing to your existing tools, knowledge, and capabilities.

Available for any DXR Capable GPU

Still, NVIDIA's goal is to further increase the adoption of RTXGI even among indie developers. To that end, they've published a plethora of video guides to help with the implementation of the ray-traced global illumination technology. We've embedded them below for anyone interested.