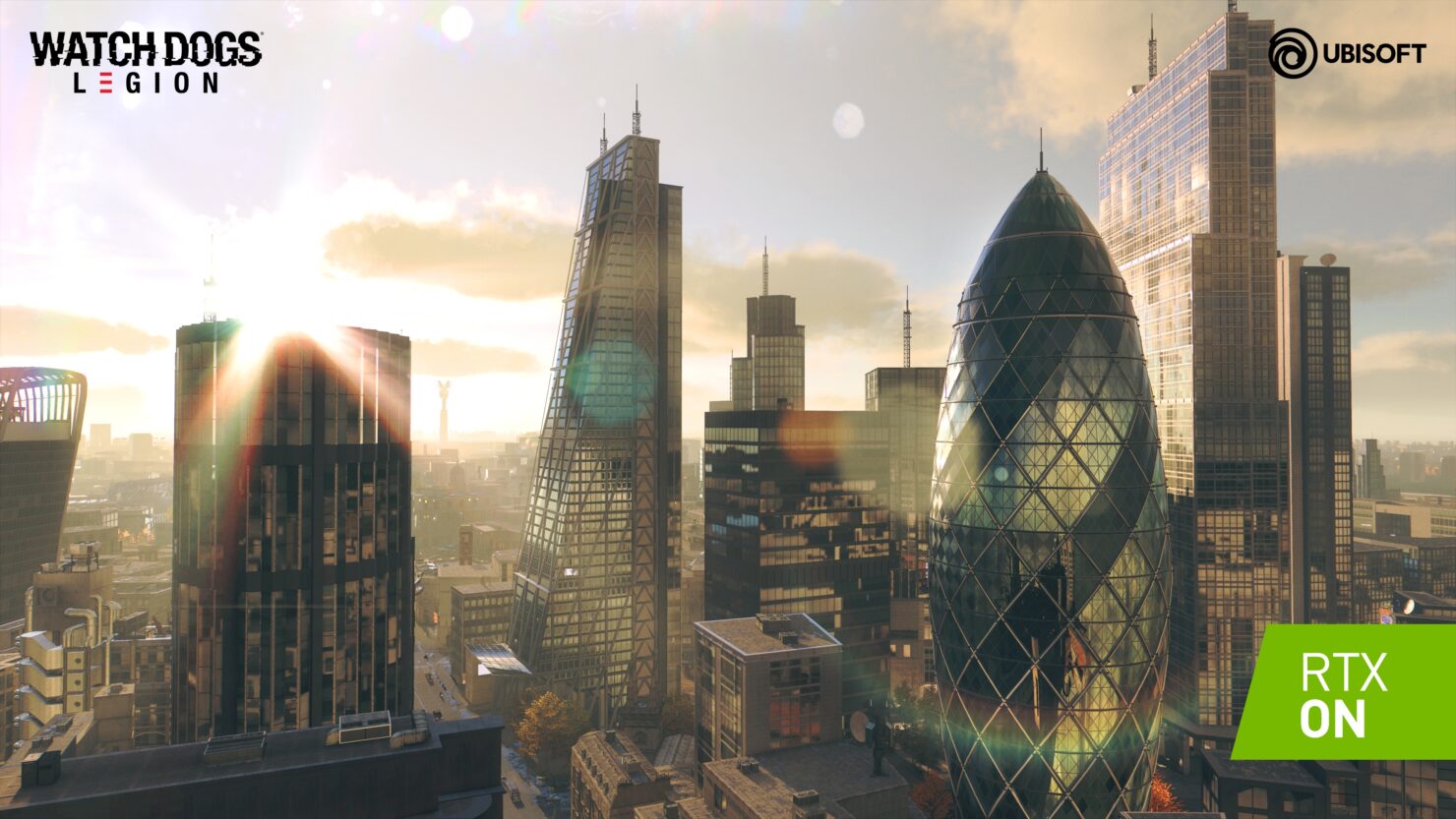 Gamescom 2019 kicks off with NVIDIA sharing the latest ray tracing news. Minecraft is getting RTX support sometime next year, and so is Techland's Dying Light 2 (as previously hinted by CTO Pawel Rohleder in our recent interview). Tencent also showcased their first triple-A game, SYNCED: Off-Planet, which is also supporting RTX effects.

In the year since NVIDIA made it possible to achieve real-time ray tracing in games, this revolutionary technology has been embraced across the industry. Looking at the number of games, the big-name franchises and the breathtaking visuals at our Gamescom 2019 event, it’s clear that ray tracing has arrived and is truly the way forward for game development.

Additionally, NVIDIA provided sample screenshots and trailers for each major title getting RTX support, including Call of Duty: Modern Warfare, Watch Dogs: Legion, Metro Exodus DLC, Vampire: The Masquerade - Bloodlines 2, Wolfenstein: Youngblood and Control. Check it all out below.

Dying Light 2 – The highly anticipated open world action RPG Dying Light 2, the next installment to the franchise with over 17 million players, will feature real-time ray tracing, taking immersion in the world of the infected set within a Modern Dark Age to the next level.

Minecraft – Minecraft is the world’s best-selling video game. Together, NVIDIA and game developer Mojang are adding a form of ray tracing known as path tracing for the Windows 10 version of the game. Upon release of the game update, Minecraft players will be able to build, create and explore their Minecraft worlds in stunning realism. They can immerse themselves in realistic lighting and vibrant colors enabled by global illumination, realistic water that reflects and refracts naturally and emissive textures that now light up their world. Attendees can test it at Gamescom and capture their gameplay to share.

SYNCED: Off-Planet – Tencent’s flagship games development studio has partnered with NVIDIA to unveil its inaugural AAA game featuring ray-tracing technology. Previously unannounced, SYNCED: Off-Planet is a brand new franchise that will use ray-traced reflections and shadows in a new twist on PvPvE that has players fighting each other while surviving 1,000+ “Nano Zombies.” Attendees can play the game and capture their gameplay to share.

Call of Duty: Modern Warfare – One of the most critically acclaimed, best- selling game franchises of all time, the Call of Duty team at Activision revealed that the newest installment in the fan-favorite Modern Warfare series will feature real-time ray tracing on PC. Awarded “Best Online Multiplayer” by Game Critics Best of E3 2019, the new blockbuster title launches worldwide on Oct. 25. Attendees of the Gamescom NVIDIA event can finally get hands-on play with the highly anticipated game and capture PC gameplay featuring ray-traced shadows to share.

Control – A showcase for ray-traced graphics, Control ships Aug. 27 and is a GeForce RTXT bundle title. Control was nominated for Game Critics Awards in the Best Original Game, Best PC Game and Best Action/Adventure Game categories. The game supports NVIDIA DLSS technology as well as ray-traced reflections, shadows and global illumination, and will be one of the first games to support multiple effects. Attendees can play the game and capture gameplay to share.

Vampire: The Masquerade - Bloodlines 2 – Considered one of the five biggest announcements at GDC 2019 by IGN, attendees to NVIDIA’s event receive a guided presentation of the highly anticipated Vampire RPG that features ray-traced reflections.

Watch Dogs: Legion – With more than 60 awards and nominations received at E3 2019, including Game Critics Best Action/Adventure Game, the newest installment in the Watch Dogs series will feature ray tracing. Attendees get a chance to experience the GeForce RTX title first-hand with ray-traced reflections.