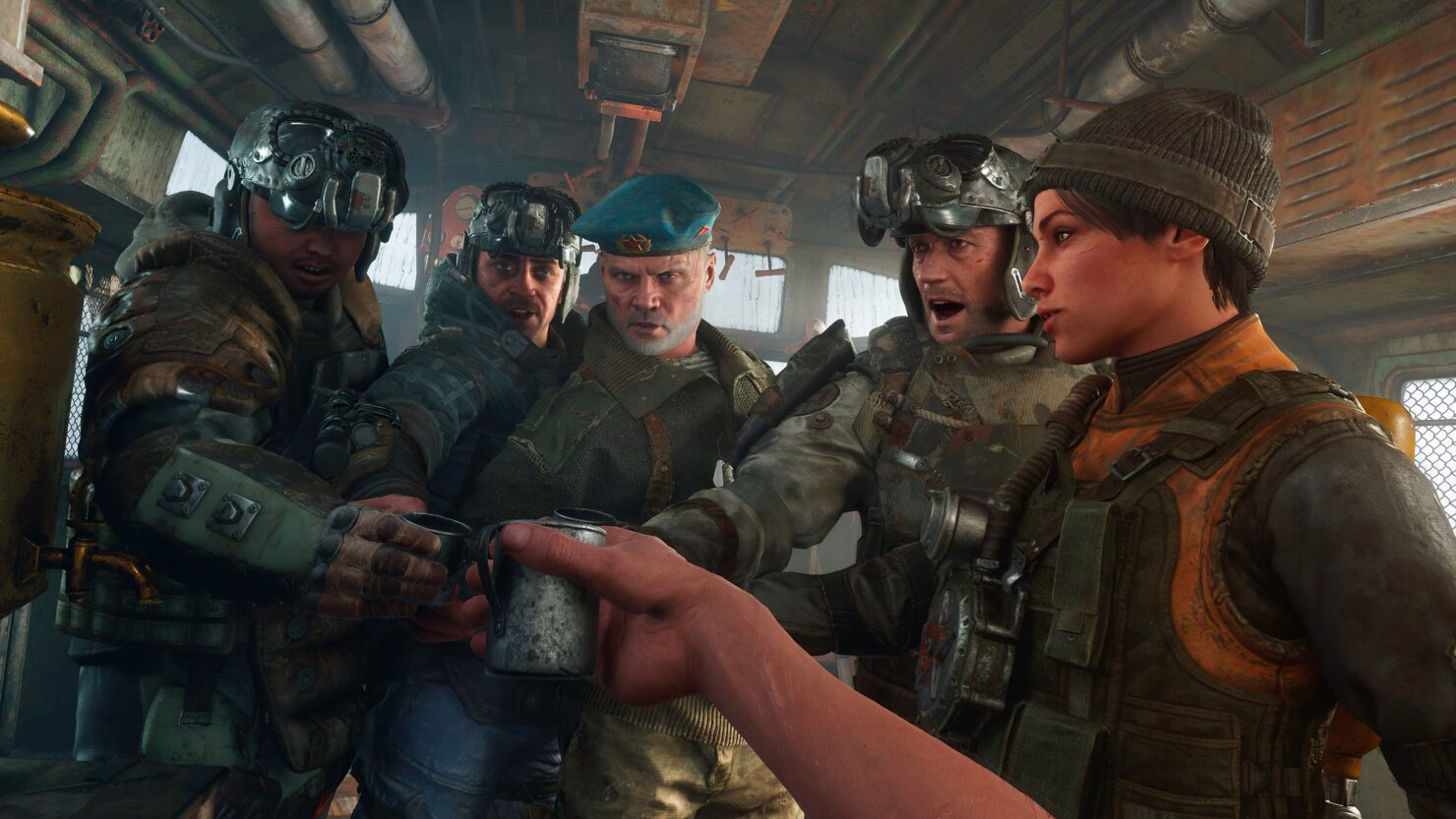 Metro Exodus Enhanced Edition launches today and PC (and will soon be released on next-generation consoles, too, albeit with a more limited feature set) as the first triple-A game that actually requires a graphics card with hardware support for ray tracing, and we've got the chance to check it out in the past few days.

Let's begin with a brief technical explanation of what the talented developers at 4A Games actually focused on enhancing.

It's important to note that the developers themselves admit to be still using rasterization methods at certain points of the process, which means there's still a hybrid renderer at play here. To be more specific, they use it to determine the primary rays cast from the camera, as it's still a very efficient way that doesn't meaningfully sacrifice quality. These rasterized positions are then used via the lighting equation to generate direct illumination for a given surface.

However, those positions now also generate a diffuse sampling ray that probes the environment for lighting information to be used in the all-important indirect illumination. The actual paths taken by the light rays and how they interact with each other have also been modeled much more accurately, as we'll see in a few.

The PC version of Metro Exodus Enhanced Edition adds specular Raytraced Reflections, whereas Metro Exodus only had the regular Screen Space Reflections to work with. We've talked a lot about the difference between SSR and RTR in our many articles about ray tracing; suffice it to say that SSR cannot take into account anything that's out of the screen's boundary, with all of the inevitable limitations for reflections.

Perhaps the most interesting part of this specific upgrade is that 4A Games have no further need for the static Image-Based Lighting technique known as cube mapping. Historically, developers had to 'bake' the lighting offline, which would then be applied to environments via textures shipped with the game. Of course, using Image-Based Lights also meant that the environment's lighting could never change no matter what actually happened in the scene since it had been precalculated.

Adopting Raytraced Reflections in their stead will therefore lead to more dynamic environments in future games and potentially even a reduction in game install sizes, as those baked textures for lighting will become a relic of the past.

The greater part of the work done by the developers focused on augmenting the original Raytraced Global Illumination (RTGI) implementation, though. Metro Exodus only had two real light sources (the sun and the sky) contributing to the RTGI data, but Metro Exodus Enhanced Edition adds up to 256 'analytical light sources' to the mix; these can be spot or radial lights and come with their own shadow maps. Then there are the emissive surfaces which were first introduced in the game's DLC The Two Colonels and have now been implemented in the main game (and the other DLC, Sam's Story) as well, meaning that surfaces can now be considered light sources of their own.

But the real, big innovation made by 4A Games is the so-called DDGI or Dynamic Diffuse Global Illumination.

DDGI, based heavily on NVIDIA's RTXGI SDK, essentially turns the single bounce Raytraced Global Illumination into multi-bounce, potentially to infinity. That is to say that it models the additional interactions between light rays from the second bounce onward. In layman's terms, what's important is that all of these additional bounces feed off each other and contribute to the indirect illumination of the scene, greatly enhancing the quality of the Raytraced Global Illumination.

With all of the enhancements detailed so far, one could very well think that Metro Exodus Enhanced Edition will be much more taxing on your hardware.

That's not actually the case, thankfully, between the optimizations made by 4A Games and the addition of DLSS 2.1 (Metro Exodus used DLSS 1.0). We've run the built-in Benchmark and compared Metro Exodus Enhanced Edition to the original, using the same PC (Intel i9 9900K, GeForce RTX 3090, 16GB RAM), and the results registered at 4K resolution are comparable. Actually, both the average frame rate and maximum frame rate are higher on the Enhanced Edition, while the minimum frame rate is lower. 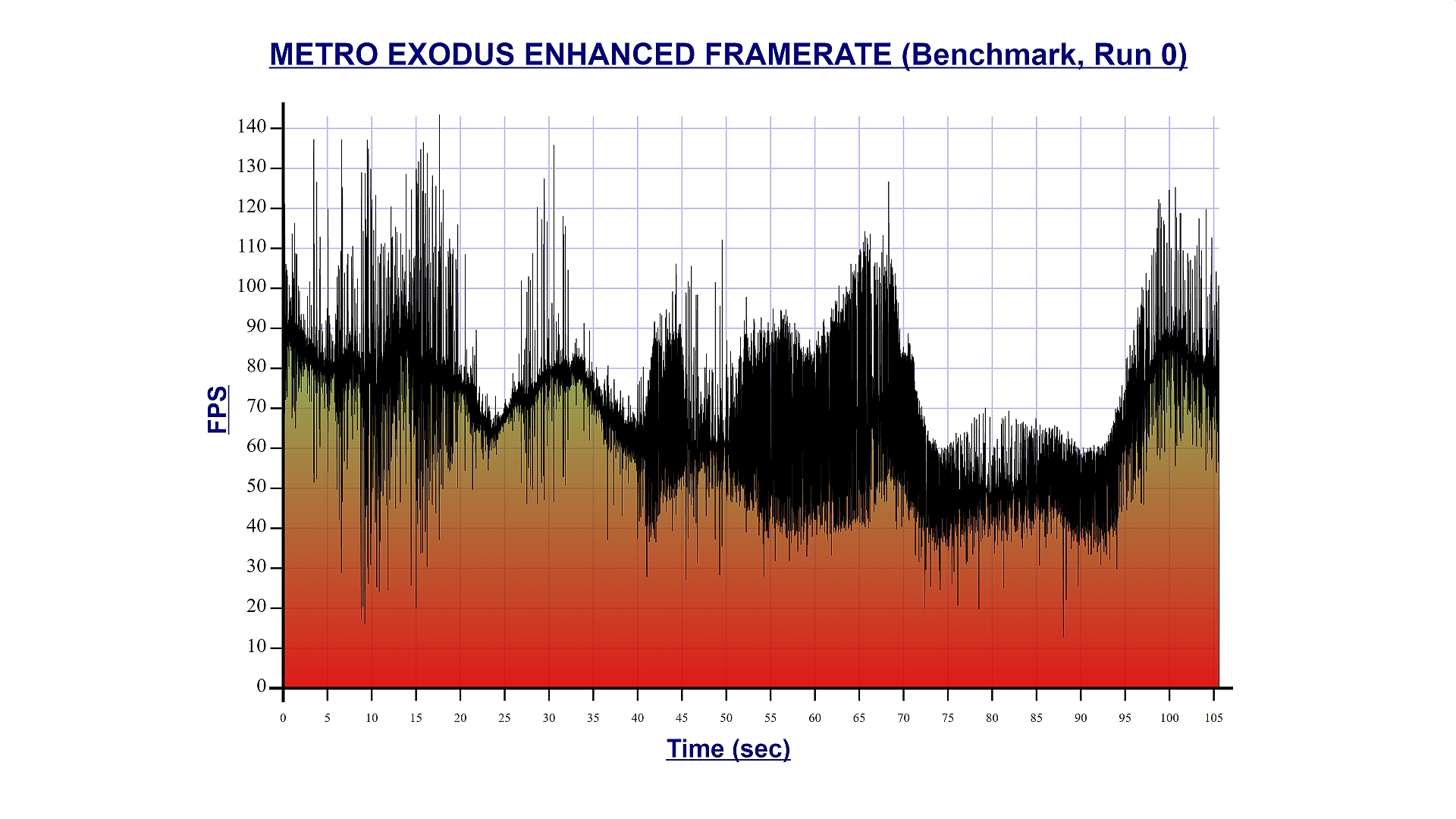 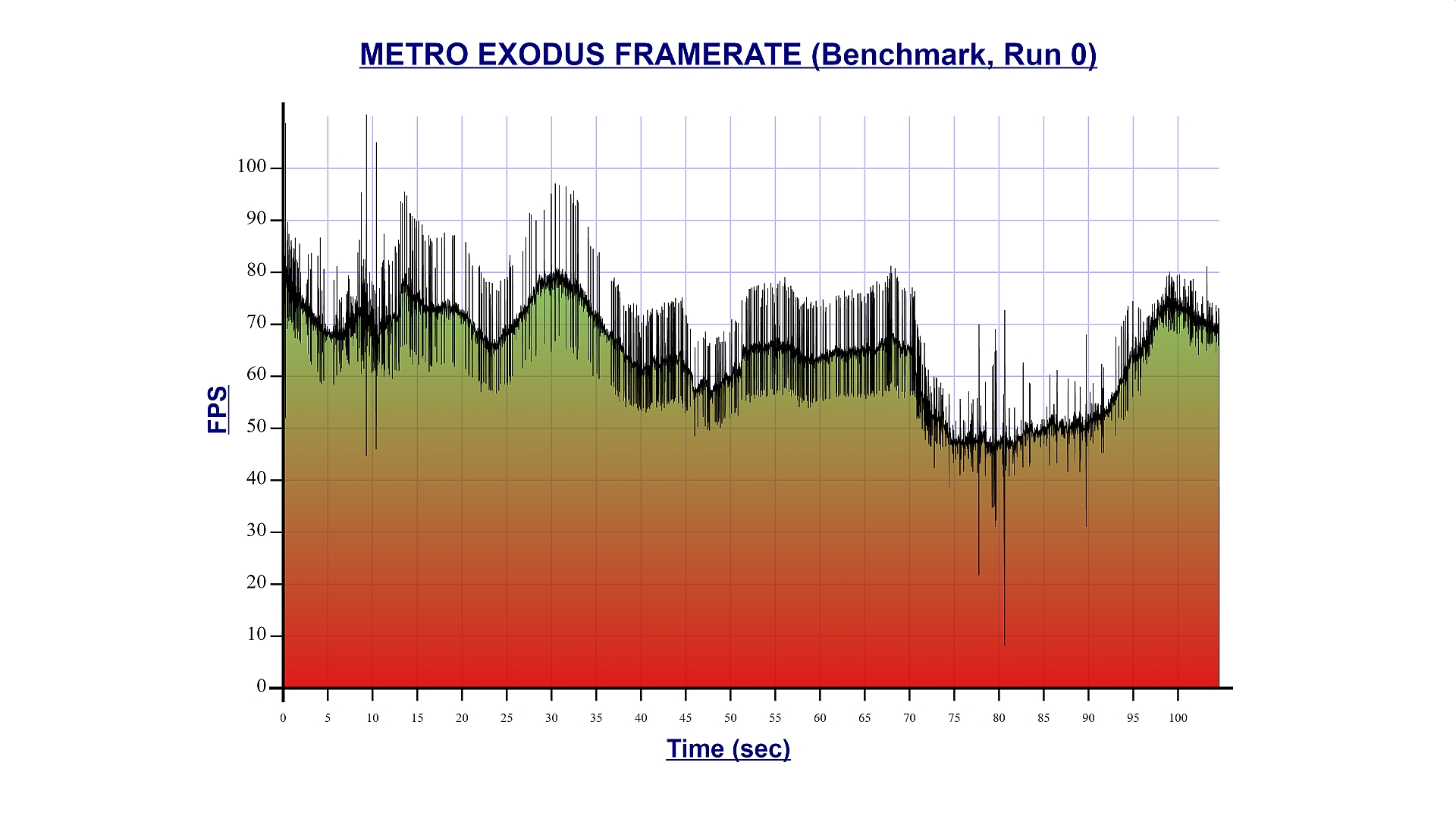 Do note that both benchmarks had Shading Quality set to Extreme, Advanced PhysX set to On, HairWorks set to On, Tessellation set to Full and, of course, Ray Tracing set to Ultra. DLSS was set to Performance, as that is the optimal setting between quality and performance when playing at 4K.

We've also captured a benchmark run of Metro Exodus Enhanced Edition; check it out below.

How does it look when actually playing the game, though? Well, breathtaking at times, to be sure.

The original game already looked great, of course, but as in many other games from the first wave of ray tracing implementations, it often seemed too dark for no reason. Now we understand that's because the indirect illumination simply wasn't up to snuff yet. The difference in this regard is staggering; it is no exaggeration to say that Metro Exodus Enhanced Edition sports the most advanced lighting seen in a game to date. When you're standing in a room full of lamps, torches, and other light sources all interacting with each other (and with the emissive surfaces), it's hard not to be impressed by this achievement.

Does that mean Metro Exodus Enhanced Edition looks incredible in every single way? No, not quite. For one thing, when you're roaming outside with no nearby light sources and the sky itself is overcast, it can look a bit drab. That's probably a by-product of the increased realism, as cloudy days can look drab even in real life.

Furthermore, while the lighting system itself has been overhauled greatly, the rest has not. Some models and textures simply aren't that great when seen up close, and it shows all the more starkly against such realistic raytraced global illumination.

That said, these are but minor shortcomings when taking in the overall picture. Metro Exodus Enhanced Edition looks absolutely outstanding and it is clear that 4A Games put a lot of work into this, enhancing the visuals without sacrificing the performance. In fact, subjectively speaking, it appeared to run even smoother than the original during actual gameplay.

Most importantly, it did so for free to any existing owner of the original game. Considering that this is a small studio compared to many others, it is admirable that they were determined to make such significant technical breakthroughs available to all Metro Exodus owners without any other cost. We certainly can't say the same for other, bigger developers and publishers.

If you haven't played this amazing game yet, now is undoubtedly the best time to do it, thanks to this impressive (and free) update.