As part of our interviews with the game developers who've chosen to support the new NVIDIA RTX and DLSS technologies featured in the GeForce RTX 20 series, we had the chance to chat extensively with Gaijin CEO Anton Yudintsev.

As you can see below, Yudintsev appeared on stage during NVIDIA's behind-closed-doors Gamescom 2018 presentation to reveal that Enlisted, the World War II-themed MMO shooter game Gaijin is developing alongside Darkflow Software, featured Global Illumination (GI) empowered by NVIDIA RTX. Below you'll learn a lot more on how Gaijin implemented NVIDIA RTX via Vulkan rather than DirectX 12 as well as a few new details on the game itself (now currently in Alpha, for which you can apply here).

You've said at the Gamescom 2018 NVIDIA presentation that Enlisted runs at 4K with over 90FPS already using the RTX based Global Illumination. That's quite the surprise as other games like Metro Exodus and Battlefield V only run at 1080p resolution.

RTX is a new tool, not some new rendering pipeline which replaces current rasterization. What developers do with any tool depends on their goals, their creativity and resources they have. Comparison of different games “running with RTX” is pointless, unless we specify what exactly the games are doing with RTX.

For example, as far as I understood, during the presentation Metro Exodus was showcasing single bounce from sunlight (with three rays per pixel, and some kinds of denoising) using HW RayTracing, but no reflections. Battlefield V was running with reflections using HW Ray Tracing, but no dynamic GI (it was using pre-baked lighting). Both games were rendering everything else (besides reflection/GI layer) using the same rasterization as they are using on HW without RTX support.

As you can see, these are completely different purposes (and, of course, different algorithms), so it can’t be directly compared. Enlisted was running our own multiple bounce GI solution, utilizing RTX in an even different way than both those titles. The solution itself is working even without RTX, although with RTX we can achieve better quality.

Did you only experiment with NVIDIA RTX under Vulkan? Are there any plans for a DX12 implementation?

At the moment, we don’t plan to have DirectX 12 backend support. Unfortunately, DX12 is limited to Windows 10 only (not even Windows only) and for online games, it is important to have all players in the same conditions (i.e. players should not get a competitive advantage by playing with a different OS).

At the same time, hypothetically speaking, Vulkan as low-level API should provide the same capabilities as DX12 (of course, in the real world it depends on vendor support). We hope, with more games utilizing Vulkan as rendering API vendors will spend more resources on their Vulkan drivers.

Do you have an ETA for the deployment of NVIDIA RTX support in Enlisted for players?

Enlisted is planned for next year and likely there will be NVIDIA RTX support on Vulkan. We will provide hands-on for our players this year, but likely it will be with DirectX 11 and thus without RTX support.

Other than the raytraced Global Illumination solution, are you planning to add any other RTX based effects such as Ambient Occlusion, Reflections or Shadows?

Enhancing shadows and, especially, reflections is tempting. However, it will depend on the available performance budget for the game. 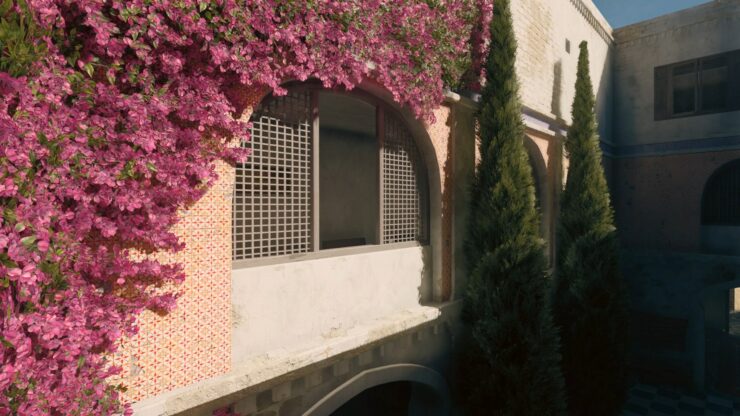 The last slide in the presentation said that the RTX based GI solution on showcase would be used in all Gaijin games. Does that mean going forward or are you planning to add it to existing games like War Thunder?

Yes, we plan to add our GI solution to War Thunder.

Does that mean War Thunder will also get RTX support eventually?

RTX support is not required for our GI solution, it provides additional functionality/quality, and is available only with Vulkan support. Currently, War Thunder doesn’t have official Vulkan support (although it is in development), so there is no RTX support yet.

Beyond NVIDIA RTX, another defining feature of the new GeForce GPU series is Deep Learning Super-Sampling, or DLSS, powered by the Tensor Cores. What do you think of it and what's the likelihood to see it implemented in Enlisted (or any other of your games) at some point?

At the moment we can’t give any information about that. As far as I understand, DLSS is not yet available in Vulkan API.

To what extent are the maps destructible in Enlisted? Are you using PhysX for that or something else?

For gameplay reasons, we keep “stone” walls indestructible. All other “lighter” walls and objects can be destroyed.

Is it still the plan to craft maps that stretch for "hundreds of square kilometers"? Do you think performance would be up to snuff even with raytracing enabled?

Starting from a specific size, increasing location dimensions does not affect performance at all. Basically, as soon as you provide a realistic line of sight (i.e. real earth horizon), further location size extension no longer affects performance, if the engine has good enough streaming capabilities. The amount of memory/HDD can still be a limiting factor, but not performance. Ray Tracing doesn’t change that.

Likely it will. We don’t have HDR display at the moment.

Enlisted has been confirmed to be due later this year on Xbox Game Preview. Was it hard to translate the game onto Microsoft's console from a technical standpoint? Are you planning to launch with any enhancements for the Xbox One X hardware?

All current generation consoles are quite easy to work with (compared to previous generations). At the same time, it is extremely helpful to be able to make a real massive scaled test, as a lot of smaller details of multiplayer games isn’t really visible unless you have hundreds or thousands of players, which allows fine-tuning and polishing the product before it’s launch. That’s why we want to be part Xbox Game Preview.

Will Enlisted feature Xbox One X enhancements when it's launched on Xbox Game Preview or do you plan to add that at a later time?

Will the game be available via Steam Early Access on PC any time soon?

Currently, the game is in the early alpha stage, so we run tests with our own audience. Steam tends to become overcrowded with Early Access, some of which are not really playtesting their game but work as a full-scale launch instead.

Can PlayStation 4 gamers expect to see Enlisted on their platform in the future?

Unfortunately, it is hard to comment on that. PlayStation 4 doesn’t have Game Preview analog, so we will work where we can, and see how it goes.

With Sony finally opening the crossplay gates between PlayStation 4 and other consoles, are you looking into enabling crossplay between all the platforms in War Thunder (and maybe in Enlisted too, later down the road)?

As for now, Sony isn’t ‘opening’ anything, except for one game. Although even that one case kinda contradict their previous statements that cross-console cross-play somehow can spoil the experience for PS4 gamers, and so we can hope it will become a common practice. But as for now, it is still not.

We would be very happy if, after all these years after PS4 launch, Sony would finally remove the limitations on PS4 players, including cross-console gameplay, and keeping players accounts bound to one store. So let’s hope it won’t be a single-time exception.