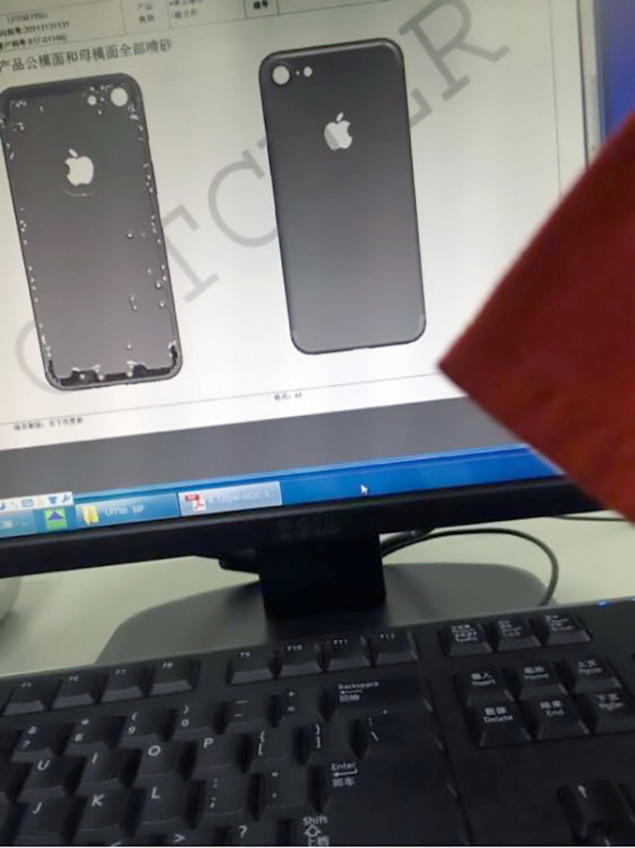 Given that its a good six months before we'll get to see the iPhone 7 or the iPhone 7 Pro from Apple, the number of leaks taking place over the past couple of days have started to become somewhat specific in nature. Given that the company's focus this March is expected to be on simplifying the iPad lineup and introducing a smaller iPhone, looks like September should be expected to follow a similar suit.

Today's leaks, courtesy of a multiple sources, confirm what we've been hearing about both the iPhones due in September. Looks like Apple might be thinking of differentiating both the iPhones in terms of features and photographic capabilities. The image above shows what appear to be design schematics of an Apple device, which resembles what we've been hearing about the two iPhones so far.

The antenna bands show different positions, in addition to what just might be a larger camera sensor. Given that the iPhone 6s/6s Plus came with significant camera upgrades, its highly unlikely that Apple should change much about this year's iPhones in terms of core specifications for the camera. Nevertheless, an alleged dual camera approach has managed to keep things interesting so far, and you can take a look at some more sensors in the image below. 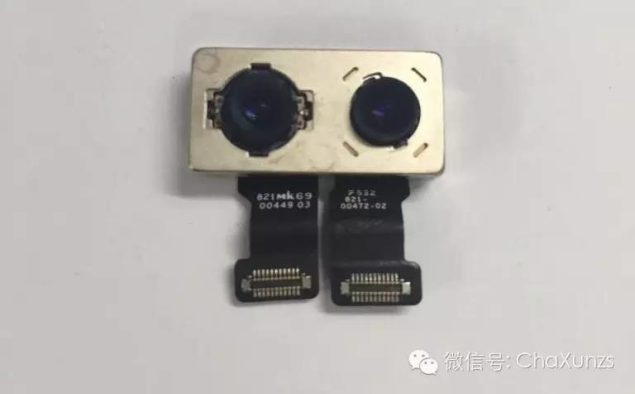 Given the highly preliminary nature of today's leaks, nothing should taken as set in stone for now. That being said, we've been seeing an increasing number of sources suggest the presence of such a feature, at least on the larger iPhone 7 Pro; with the larger device also expected to come with enhanced accessory support in the form of a smart connector, found on the iPad Pro as well.

All of this being highly speculative in nature, the dual camera module which has surfaced today just might be made for an iPhone. If you take a look closely, you'll see that the model number starts with '821', which is something that has also appeared previously on sensors for the iPhone 6 and the iPhone 6 Plus; as pointed out by French leaker Onleaks.

The Apple logo is still missing, so once again, we'd advise you to exercise caution when taking things as set in stone. Right now, all eyes are on March 21st and what plans Apple has for Spring 2016. We'll keep you updated as things develop. Let us know what you think in the comments section below in the meanwhile.