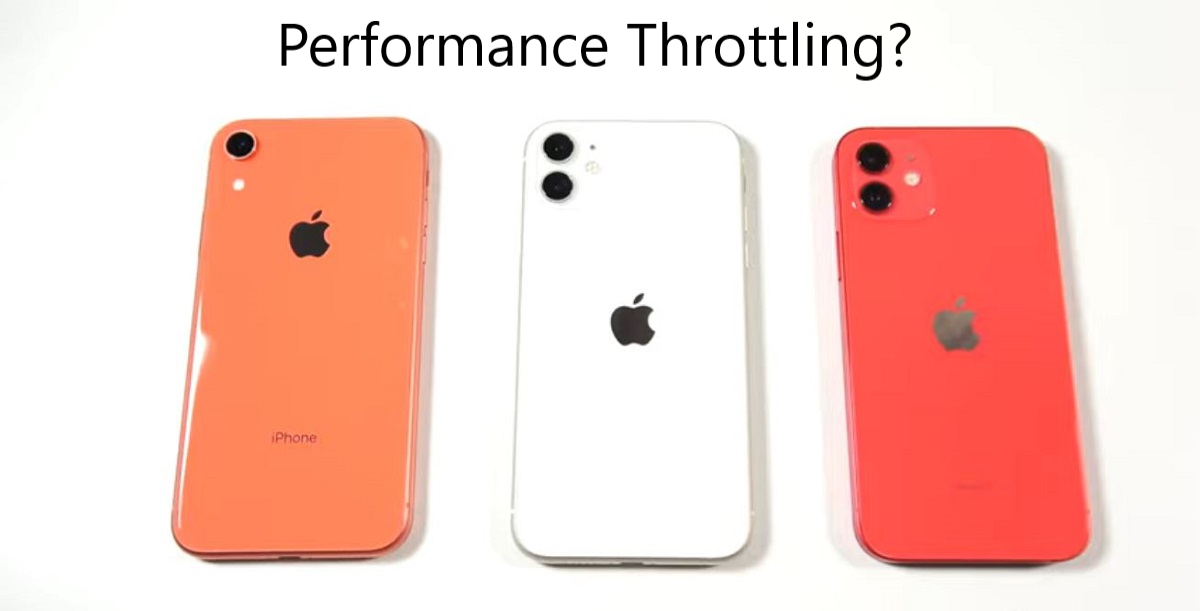 If you are a proud owner of the iPhone 11 or iPhone 12 series and have updated to the latest iOS 14.5.1, you could possibly be experiencing performance throttling. Numerous iPhone owners are reporting performance issues after updating to Apple's latest software update. The performance throttling seems to be persistent due to unknown reasons and tests show lower than usual benchmark scores.

Apart from the iPhone 11 performance, iPhone 12 faced a similar fate in terms of benchmark scores. While the single-core score is acceptable, the multi-score performance is lower than that of the iPhone XR. The benchmarks were recorded repeatedly and it only comes to show that iOS 14.5.1 adheres to performance throttling.

In addition, iPhone XR performs better than both, the iPhone 12 as well as the iPhone 11 in the 3DMark benchmarks. Take note that the performance throttling is not due to heating issues as the devices were not warm or hot in the test. The iPhone 11 and iPhone 12 are not the only models to have faced the issue, but it is also evident on older iPhone models.

iOS 14.5.1 is a major update that brings forth patches for security exploit with WebKit. Henceforth, we are not sure at this point why the latest update is slowing the CPU performance on the iPhone 11 and iPhone 12. The issue was not present on the iOS 14.5 update which was a considerably major update pertaining to the number of forward-facing additions it had to offer.

For your ease, we have embedded the video above. You can just check it out for yourself and compare the performance between the iPhone XR, iPhone 11, and iPhone 12. The speed test gives you a clear insight into what you can expect from Apple's latest iOS 14.5.1 update in terms of performance on the iPhone 11 and iPhone 12.

Are you experiencing performance issues on your iPhone? Share your insights with us in the comments.