Even though Apple's next iPhone launches, tentatively dubbed as the iPhone 7 is almost a year ahead of us, it doesn't stop speculations about the device from taking place. The Cupertino manufacturer is one of the top players in the global smartphone market and whatever 'move' it makes with respect to the iPhone lineup has a longstanding impact on the affair of things all around. That being said, folks over at TrendForce believe that the next iPhone, the iPhone 7, will be coming with some new features of its own, so lets take a look below at what these are. 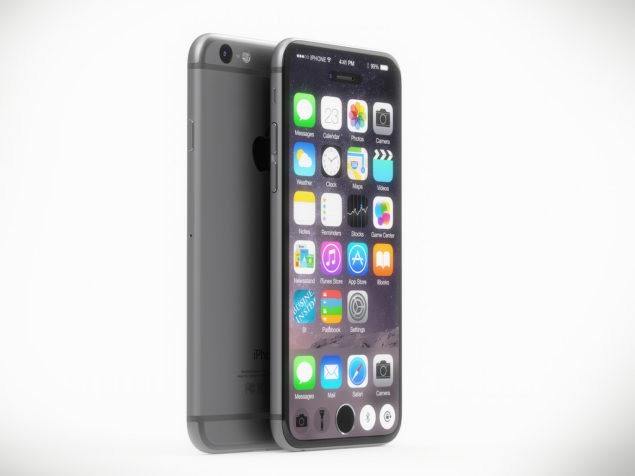 Apple's iPhone 7 To Sport 3GB Of RAM Coupled With Waterproofing

Given the huge popularity of the iPhone 6 and the iPhone 6 Plus, the bar was quite high for Apple as it headed into its launch event this September. For a company known for taking things quite slowly when it comes to the introduction of new features, Apple chose to make the iPhone 6s and the iPhone 6s Plus almost completely different from their predecessors.

Both the devices come with an upgraded Aluminum chassis (courtesy of bendgate), all new 3D Touch, a long overdue camera resolution upgrade and new chipsets on board which once again put them at the very forefront of the mobile flagship race. But even though both the iPhones come with a lot of new features, we saw several quarters complain about display resolution still being fixed, amidst other upgrades missing.

Aside from display resolution, another feature that still hasn't made it on Apple's iPhone lineup is waterproofing even as other manufacturers continue to play around with various certifications. Well, TrendForce believes that all of this could change next year with the iPhone 7, as Apple is expected to make the device waterproof, at last. In addition to this, the company will not be stopping on the RAM upgrade front either, with the 5.5 inch iPhone 7 'Plus' expected to come with 3GB of RAM.

Its this latter piece of news that strikes us as particularly interesting as it takes Apple quite a while to increase RAM count on the iPhone, given the company's excellent hardware and software integration. With 2GB of RAM on board, the iPhone 6s and the iPhone 6s Plus have been performing quite well indeed according to our own reviews and user reports all around, so one can only wonder what the Apple A10 combined with 3GB of RAM will be able to achieve on the iPhone 7.

The iPhone 7 is also expected to feature several other upgrades, in addition to the customary processor, and today's waterproofing and RAM upgrades. Apple is also expected to finally increase the display resolution on its flagship smartphone as not only do Android manufacturers continue to race ahead at this front, but apps have also started to become more demanding in terms of pixels. We've also been hearing some talk of the Cupertino manufacturer choosing to do away completely with metal as well and resorting to other materials for the iPhone 7.

On the processor end of things, there has been word floating around of TSMC's InFO, that should provide the iPhone 7 with 10% performance boost and 1mm thickness reduction simply through the elimination of contact area between the chip and the circuit board. With the A10 on the iPhone 7 also rumored to be based completely on SiP architecture, the next year's processor offering from Apple is looking to be quite an offering indeed.

But before we get ahead of ourselves, it would be wise to keep in mind that the next iPhone from Apple should be coming in September of next year, which not only gives a lot of time for new information to surface, but also for things to change as well. So far the iPhone 7 does seem to be quite an interesting device indeed. Thoughts? Let us know what you think in the comment section below and stay tuned for the latest.