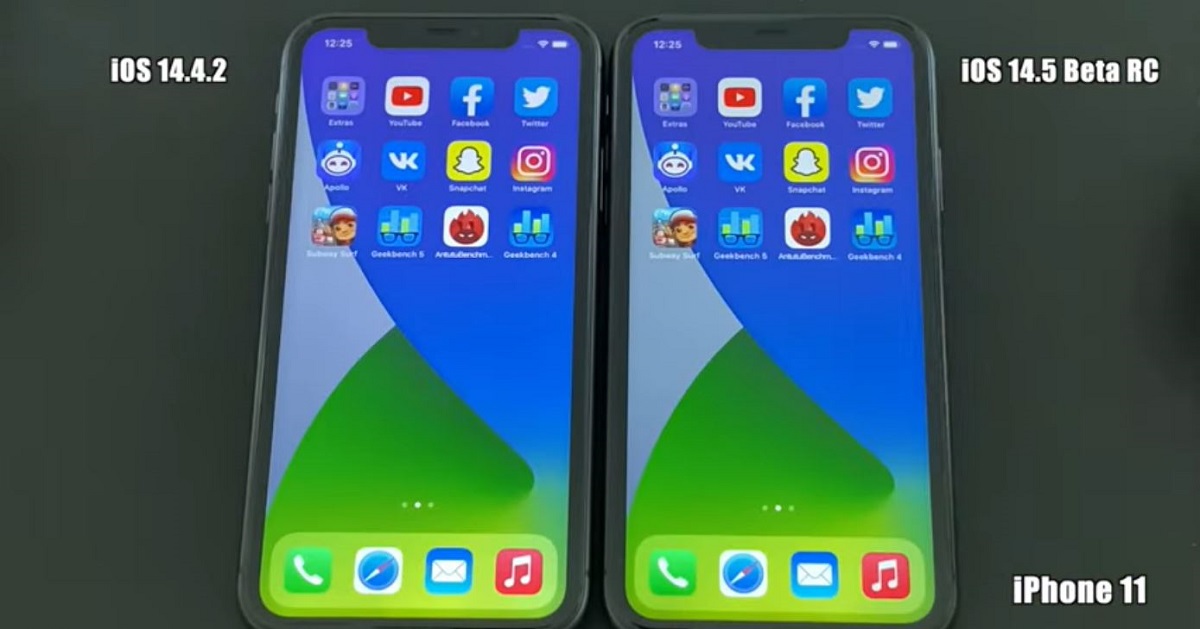 Apple announced the new iPad Pro, M1-powered iMac, and much more at its Spring Loaded event last week. After all the announcements, Apple also announced that it will be releasing iOS 14.5, iPadOS 14.5 to all users next week. While the update is right around the corner, we have the Release Candidate build of iOS 14.5 that tells us what we should be looking forward to. If you are anxiously waiting, you must be wondering how does iOS 14.5 improves in terms of performance, Well, we now have a speed test comparison for iOS 14.5 against iOS 14.4.2 that tells us whether Apple has added performance improvements in the upcoming update.

The speed test comparison has been conducted by a YouTube channel iAppleBytes what compares iOS 14.5 against iOS 14.4.2 from iPhone SE to the iPhone 11. This will give us a clear insight into how Apple's upcoming build performs on older and newer iPhone models. Apple's Release Candidate builds are more or less the final version of the operating system and the final update might not differ greatly from it. Check out the iOS 14.5 speed test comparison below for more details on the performance of the software.

As you can see in the video, the boot-up speed on iOS 14.5 is more or less the same as iOS 14.4.2 on all iPhone models. The difference is negligible in this regard. In addition to this, the app launch time is pretty similar as well with a fluid experience throughout the animations and transitions. Pages and app loading speed on iOS 14.5 is on par with the current iOS 14.2.2 which means there are mainly little to no differences in the speed test comparison when it comes to performance. You can check out the video embedded below for more details.

As mentioned earlier, there is a negligible difference between iOS 14.5 and iOS 14.4.2 when it comes to performance. The speed test comparison clearly shows two operating systems on par with each other. However, Apple might fix last-minute bug fixes before officially rolling out iOS 14.5 to the general public. This can potentially increase the performance compared to the current scenario.

This is all there is to it, folks. Did you like the iOS 14.5 performance speed test comparison? Which version are you running right now? Let us know in the comments section below.