It's official and the cat's out of the bag, Apple will be holding a special media event on the 21st of March, this month, where it is expected that the company will unveil a 4-inch iPhone, the iPad Air 3, and more. 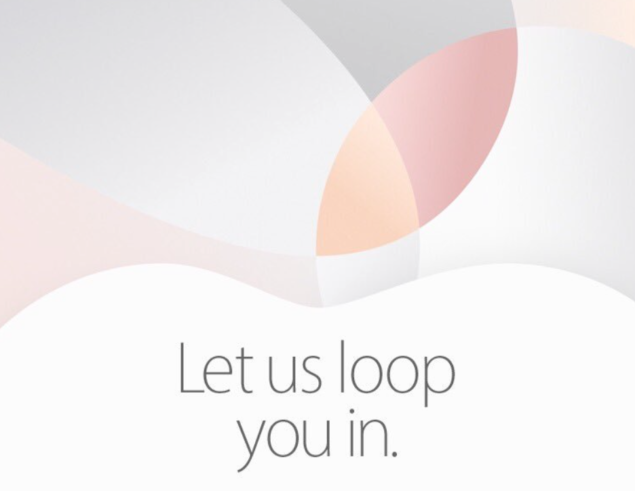 It's been rumored for quite a while that Apple will be holding a press event at the end of this month to announce a bunch of hardware, such as the rumored 4-inch iPhone SE, a brand new iPad Air 3, which will more or less be a smaller version of the 12.9-inch iPad Pro. On top of that it's also expected that the company will take to the stage to announce a bunch of new Apple Watch bands as well.

The keynote part of the entire deal has been confirmed, however, with the company sending out invites to its press event with the tagline "Let us Loop you in." The keynote will take place in Cupertino, Apple's home ground, at 10:00am PST. We will be covering the event as it happens and will bring to our readers each and every single thing Apple announces on stage, so be sure to tune in to our coverage.

It's expected that Apple will unveil a 4-inch smartphone, dubbed as the iPhone SE, which is rumored to look like a smaller version of the iPhone 6s, but with slightly less powerful hardware. The aim is to keep a smaller smartphone in the market which offering close-to-flagship features at a lower price point to potential customers. It's also rumored that the smartphone will resemble the iPhone 5s but will pack powerful internals. We'll know for sure in a few days.

On the iPad front, it's expected that the company will announce a smaller version of the 12.9-inch iPad Pro, which will ultimately replace the iPad Air 2. The device is said to pack iPad Pro features but in a more compact, 9.7-inch screen size. It remains to be seen whether the device will cut corners compared to its larger brother in any way, but all will be made clear in a few days so hang on tight.

On the Apple Watch front, the company is expected to announce a new range of bands with no new hardware to be expected in the wearable front. We're pretty sure Apple is saving the next Apple Watch hardware announcement for a later date.

The Mac is also expected to get a refresh, but it's unclear which models will grace new internals. We really wish the MacBook Pro gets a redesign, though.

Apple Will Be Live Streaming Its Event On Compatible Devices

Apple will be live streaming the event, as usual, as confirmed on Apple's website itself. 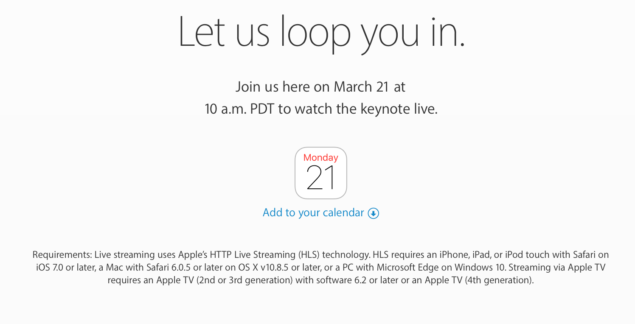 Check back on the 21st for our live coverage!