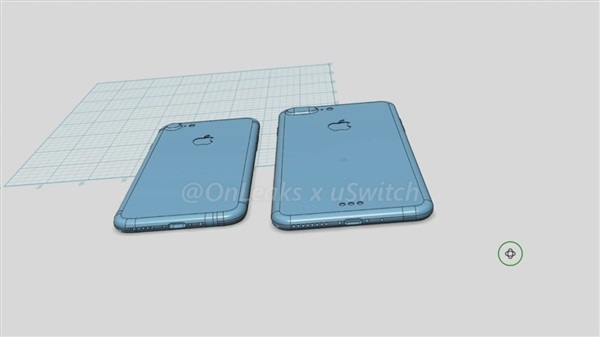 Heading towards summer, things have started to become a bit clear in the gadget world when it comes to this year's remaining launches. Both the iPhone 7 and the Samsung Galaxy Note 6 have seen an increasing amount of leaks surface, which detail quite a bit of features on the pair. Talking about the Note 6, the device has allegedly entered in its final stages as well, but as far as visual leaks go, we've seen little to nothing surface so far. The iPhone 7 on the other hand has started to leak in quite detail over the past couple of days, so if you've been following us regularly, here's a lot more for the design and dimension details.

The iPhone 7 has been seeing some interesting rumors surface over the past couple of months, with a dual camera expected to be the big change that's expected from Apple on the larger iPhone 7 Plus later this year. We've seen Android smartphones using the feature for quite a while now, with the latest device with the feature being LG's G5. So, while a dual camera setup might do well for the iPhone linuep in general, if Apple truly intends to make it stand out of the pack, subtle upgrades should be headed our way from Cupertino as well.

That being said, we've finally managed to get our hands on quite a bit of both the iPhone 7 and the iPhone 7 Plus' design schematics, and looks like no major dimensional upgrades are headed our way. Apple's seems comfortable with the 4.7 and 5.5 inch screen sizes on the pair for now, however we should expect thickness reductions to take place; courtesy of the different hardware, material and design upgrades expected this year.

There are two very important features which come on today's renderings of the iPhone, and if you take a look at the image above, looks like the iPhone 7 Plus will be coming with both a dual camera and a smart connector on board. The larger iPhone receiving greater focus towards both multimedia and connectivity has been rumored for quite a while now, as Apple also launched a revamped 9.7 inch tablet earlier this year as well, in the form of a smaller iPad Pro.

Another highly hyped feature about both the iPhones this year has been the exclusion of the standard 3.5mm earphone jack, with earphones to be supported only via lightning or bluetooth connectivity. Today's renders seem to confirm this feature as you can see in the image below. As far as a camera bump goes, looks like that will be retained, but given that its still September until both the iPhone 7 and the iPhone 7 Plus surface, nothing's set in stone. Our earlier image leak shows a distinct camera sensor for the device, so all bets are off.

Aside from these changes, there are no other significant design upgrades which catch our eye in today's leaks. However, simply given the fact that this year's iPhone 7 launch will be a complete upgrade over the iPhone 6, for Apple to not include any aesthetic changes on board will be a complete disaster. To that end, we're still expecting a more rigid approach to the iPhone 7 and the iPhone 7 Plus' design this year, which contrast to the current lineup's 'spaceship-esque' approach.

Coming towards technical specifications, there's been a lot of talk about OLED finally making it on board the iPhone this year; with Apple having to integrate 3D Touch in the mix too. Hardware wise, the A10 is expected to bring the usual mix of upgrades on board, with 10nm reserved for 2017. At the end, it all boils down to camera specifications for now, so lets hope details about resolution and more surface over the next couple of months. Thoughts? Let us know what you think in the comments section below and stay tuned for the latest.