As we enter enter April, things have started to settle down in the rumor mill, as no major flagship smartphone upgrades are expected in the near future. With the smartphone world done with Samsung's launch of the Galaxy S7 and the Galaxy S7 Edge and Apple's highly hyped iPhone SE and iPad Pro launches, its all eyes on upcoming launches of the Galaxy Note 6 and the iPhone 7/iPhone 7 Pro. The latter have been a part of the rumor mill for quite a while even though potential launches are quite far away.

Today, some news out of China suggests that Apple just might be looking to change things quite a bit on the upcoming devices, as you'll find out when you scroll below. 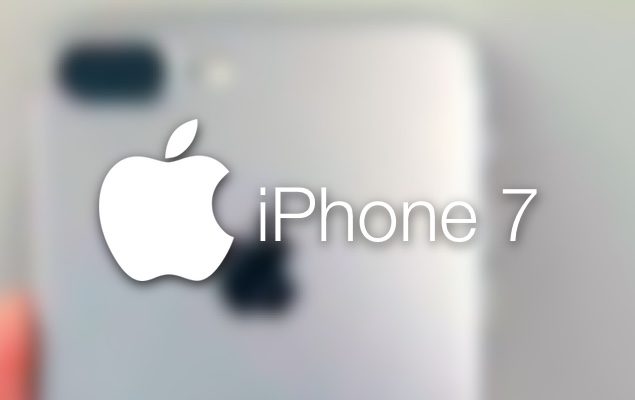 As the iPhone 6s and the iPhone 6s Plus came and went, we saw several features receive their much needed upgrades, in the form of better build materials, improved rear camera specifications and more. But one thing that remained untouched on both the devices was the display resolution; something that was predictable prior to their launch.

After all, Apple was in a tight spot before the launch of its 2015 flagship smartphone lineup, with the company looking to maintain existing market interest in the iPhone lineup, without having to upgrade or change the devices' design. The introduction of Force Touch on the iPhones did play its part in differentiating the devices and ended up adding quite a bit of functionality on both the devices.

Now, as we've entered 2016, things do seem to heading into the right direction when it comes to the expected launches of the iPhone 7 and the iPhone 7 Pro. We've been hearing some interesting tidbits from the rumor mill, which suggest that changes including lightning earphones, a smart connector and a dual camera setup for the devices this year; so Apple's got plenty of tricks left up its sleeve.

In addition, a while back we also heard that Apple's manufacturing partner in the far East, Foxconn, has been looking to invest in Japanese display maker Sharp, in order to improve/ramp up its manufacturing capabilities. Following up on that, today sources are claiming that the Chinese company is looking to ramp up its AMOLED display production capabilities by quite a bit.

According to sources, Foxconn is expected to set up one 4.5G and two 6G AMOLED production lines, which are expected to churn out 9.85 million AMOLED panels in a month. If AMOLED does make it on board the iPhone 7 and the iPhone 7 Pro, we'd see the lineup get a much needed display upgrade which could once again breathe fresh air into the lineup.

Apple did show a renewed interest in display specifications and upgrades on the 9.7 inch iPad Pro launched last month, so the company does seem to be focusing on this aspect of a gadget's performance at last. However, until both the devices see the light of day, we'd advise you to stay tuned in order to keep up with the latest and let us know what you think in the comments section below.