Even though we've got almost half a year left until Apple launches the iPhone 7 and the iPhone 7 Pro, the rumor mill seems as eager as ever to churn things out quite early. In fact, at the rate things are progressing, our guess is that there won't be much left to leak when summer approaches, so things should definitely take a rather interesting turn this year. That being said, some alleged images of the iPhone 7's battery have surfaced today, which should improve the device's performance. 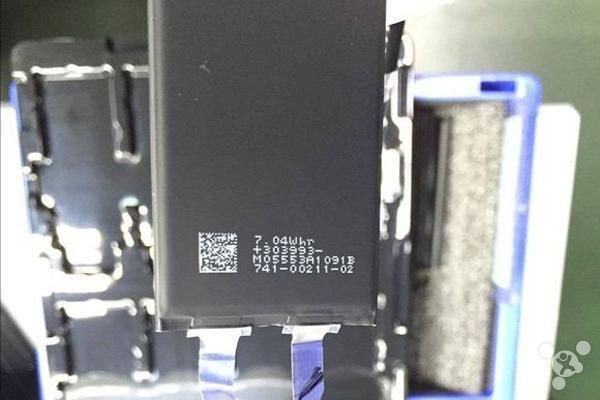 When it comes to both the iPhone 7 and its larger variant, allegedly dubbed as the iPhone 7 Pro, we've been hearing quite a lot over the past couple of months. Both the devices are expected to feature an expected design change, coupled with some much needed display, camera and other upgrades. Its been the larger iPhone Pro which has seen some interesting rumors surface, with the device expected to come with a dual camera and increased accessory support.

Today its the iPhone 7's turn and we've managed to get our hands on an alleged image of the device's battery pack. If this leak turns out to be on point, then we should expect the device to come with increased power wattage on board, something which suggests a higher power consumption for the device; coupled with a larger battery of course.

Taking a look at the image, we see that the pack is listed with a power rating of 7.04Whr which marks an increase from that of the iPhone 6s. The 2015 Apple flagship came with 6.55Whr, so the iPhone 7 should be expected to quite a lot power indeed. Another thing that you'll notice if you look at both the image above and the one below is the identification number at the very bottom. 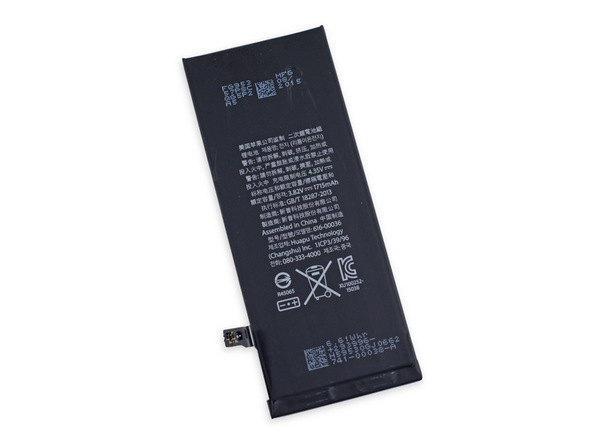 Both of the numbers start with '741', so we might just be seeing an actual component here. There's no surefire way of verifying this at the moment, but given that the iPhone 7 should not be expected before September, nothing that the rumor mill comes up with should be taken as set in stone. The iPhone 7 and the iPhone 7 Pro could become tricky devices for Apple to pull off, after we see both the iPhone SE and the smaller iPad Pro appear the day after tomorrow.

What we're more interested in are the design upgrades on the devices, as it'll be two years in September since the iPhone 6 and the iPhone 6 Plus. So far, the only major change that seems to be coming are redesigned antenna bands, but do expect Apple to tinker with build materials as well. After overall aesthetics, its the materials that are left with the most amount of room for experimentation so who knows, we might see some good changes after all.

Till then, its all eyes on March 21st, when we'll be getting a better chance to take a look at where things are. Stay tuned for the latest and let us know what you think in the comments section below in the meantime.