With things finally starting to heat up in the rumor mill days before Apple's upcoming event this Monday, we're starting to see leaks pick up in pace. Over these past couple of days, both the iPhone 7 and the iPhone Pro have seen several images and features surface. According to the gist of things so far, Apple will be differentiating both the devices more strongly this year, with the larger device expected to offer more accessory support and stronger camera specifications.

As both the devices are expected in September, there's a lot of time for things to change on the pair, so it's safe to say that nothing is set in stone for now. Today, we're seeing some more details surface about the iPhone SE, Cupertino's much awaited smaller screen device, which more or less confirm everything that's been rumored previously. 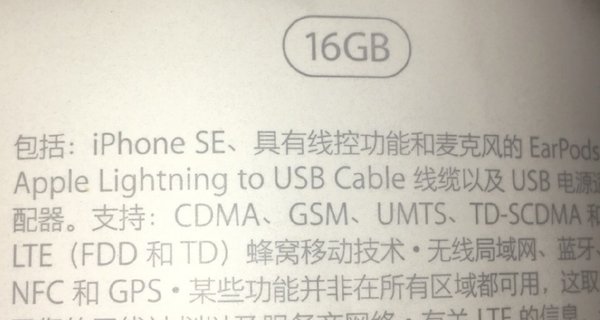 When it comes to the iPhone SE, the device has been a part of the rumor mill for well over a year. We've been seeing images, specifications and features surface since March 2015; or soon after Apple's iPhone 6 and the iPhone 6 Plus became well settled in the market.

Well, looks like the device might finally be with us soon enough, as enough rumors from a lot of credible sources have been accumulating for quite a while. In terms of design, the 4 incher is expected to resemble the iPhone 5s; with a couple of key elements being borrowed from its successor.

Specifications wise, we're expecting the Apple A9, a 12MP rear camera, Touch ID and NFC on board. In fact, if you look closely at the image, you'll see that the box mentions NFC as well, so there's good news for Apple Pay users as well.

In addition to the iPhone SE, Apple's also expected to launch an all new iPad on the 21st, with the tablet to be a smaller variant of the iPad Pro launched in fall '15. There's been very little word on the fate of the iPad Air 3 until now, with some quarters claiming that this month's iPad will effectively remove the razor thin tablet from the equation.

How will that fare with long time users of the iPad others in general? We'll find out once the devices are actually launched. Safe to say, Apple's got a long going on for it right now, as compared to Spring last year. Thoughts? Let us know what you think in the comments section below and stay tuned for the latest updates.