The iPhone 11 Pro Max DxOMark results are finally here and it looks like the review website stood by its word when it stated that its detailed verdict will be provided on November 7. Let us take a closer look at what makes the triple-camera touting flagship from Apple so special and why it lagged behind the Mate 30 Pro and Mi CC9 Pro in the leaderboards.

DxOMark seemed thoroughly impressed with the iPhone 11 Pro Max’s still imaging capabilities in nearly all testing environments, while also praising the faster and more accurate autofocus feature. After all, it has beaten the Pixel 4, a handset whose marketing cry was centered around its camera. Dynamic range was said to be well controlled, with additional emphasis given to the level of detail present in those images. The same traits are carried forward to the video tests, where the iPhone 11 Pro Max is not just able to capture footage with pleasing and highlighted colors, it’s able to do so in a stabilized manner thanks to OIS support for all three sensors. 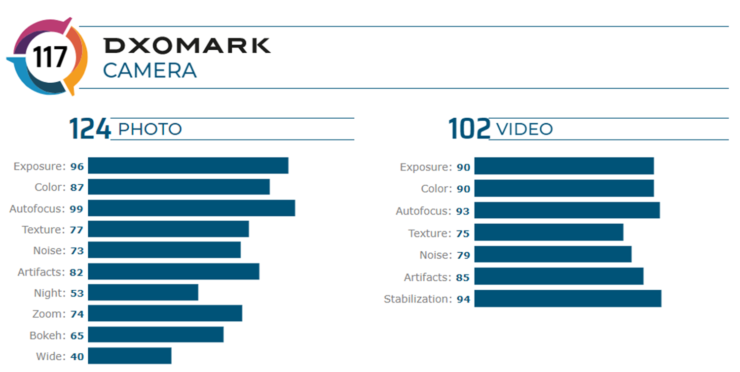 Of course, not everything is sunshine and rainbows, which is the reason why the overall iPhone 11 Pro Max DxOMark results lag behind Xiaomi’s Mi CC9 Pro’s score. According to the review, there is visible loss in detail when it comes to long-range zoom shots, along with visible film grain in all lighting conditions. In ‘flashed’ images, where the iPhone 11 Pro Max captures shots with the flash enabled, the detail was lacking. To be honest, we don’t get why users would want to enable the flash when they are already presented with an even better alternative; Night Mode.

Additionally, there’s a kind of jello effect in the iPhone 11 Pro Max DxOMark video results but that only happens while walking. This could show that stabilization might not be as effective as one would have hoped, and we wonder if this could be addressed in a future software update. Regardless, DxOMark does provide a conclusion, stating that the iPhone 11 Pro Max is a great choice for someone who is already invested in Apple’s ecosystem but we personally think that the handset has come a long way the addresses the gripes existing in the iPhone XS Max. Don’t believe us, check out night mode comparison between the iPhone 11 and Pixel 4 for yourself and find out.

“Previous Apple iPhone generations have always been among the best smartphones for imaging, and the iPhone 11 Pro Max is no different. It matches our top score for Video, recording video clips with good detail, a very wide dynamic range, and smooth stabilization in most circumstances. Its still image results also put it among the best, thanks to consistently good results from the primary camera, which is now accompanied by a very capable ultra-wide lens with one of the widest fields of view we have seen. Bokeh simulation mode and zoom performance at long range are not quite up with the very best, but if those areas are not top priorities, the new iPhone is an easy recommendation for any mobile image creator, especially those who are already invested in the iOS ecosystem.”

If you’re still not convinced about getting Apple’s latest and largest flagship even after checking out the iPhone 11 Pro Max DxOMark results, there are other areas where the handset excels in. Firstly, DisplayMate awarded an A+ rating to the model’s OLED screen, saying that it has the best display on a smartphone to date. If that wasn’t enough, Consumer Reports praised both the front and back cameras, the water resistance and the battery life of the newest model. We get that it is expensive, but if you want to settle for something that’s much more affordable and won’t make you miss the compromises, check out the iPhone 11.