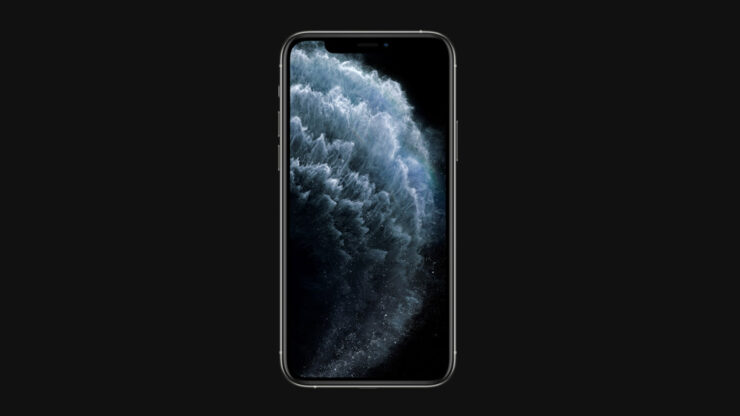 During its September 10 keynote, Apple’s executives praised the iPhone 11 Pro Max display, and to promote the imminent launch of its latest models, companies will resort to such strategies. The changes in the display quality would obviously be put to the test, and DisplayMate certainly did. Their verdict; an A+ award for the latest model, which was expected, given Apple’s penchant for requiring only the best components for its devices. Here’s an in-depth look at the iPhone 11 Pro Max display and where Apple made those significant changes in order to incorporate the best possible screen on an iPhone.

According to DisplayMate, iPhone 11 Pro Max display is found to have considerable performance improvements over last year’s iPhone XS Max, a device which also received constant praise by these calibration experts back in 2018. So what about the changes Apple incorporated? DisplayMate states that the iPhone 11 Pro Max excels when it comes to increased peak brightness, along with absolute color accuracy, and lowered screen reflectance.

Looks like Apple may have taken its sweet time with its own testing and calibration process because the iPhone 11 Pro Max display is able to achieve all of this while being up to 15 percent more power-efficient.

“The iPhone 11 Pro Max has an impressive Top Tier display with close to Text Book Perfect Calibration and Performance! Based on our extensive Lab Tests and Measurements the iPhone 11 Pro Max receives our DisplayMate Best Smartphone Display Award earning DisplayMate’s highest ever A+ grade by providing considerably better display performance than other competing Smartphones.”

While OLED technology is more vibrant and the devices that sport this particular display can be used effortlessly outdoors, what about the brightness score achieved by Apple’s latest and greatest iPhone? According to various tests, the iPhone 11 Pro Max obtained full-screen peak brightness of 770 nits and 820 nits for typical average picture level of 50 percent. DisplayMate notes that maximum peak brightness increased by 17 percent, while the average picture level is around double that of most high-end competing devices.

It’s no surprise that the fresh report also states that each iPhone 11 Pro Max was individually tested for both color and contrast accuracy, which makes the handset tout one of the best screens right now for your media consumption and gaming pleasure. If you want to check out DisplayMate’s in-depth review right now, you can click on the source link below and find out more.