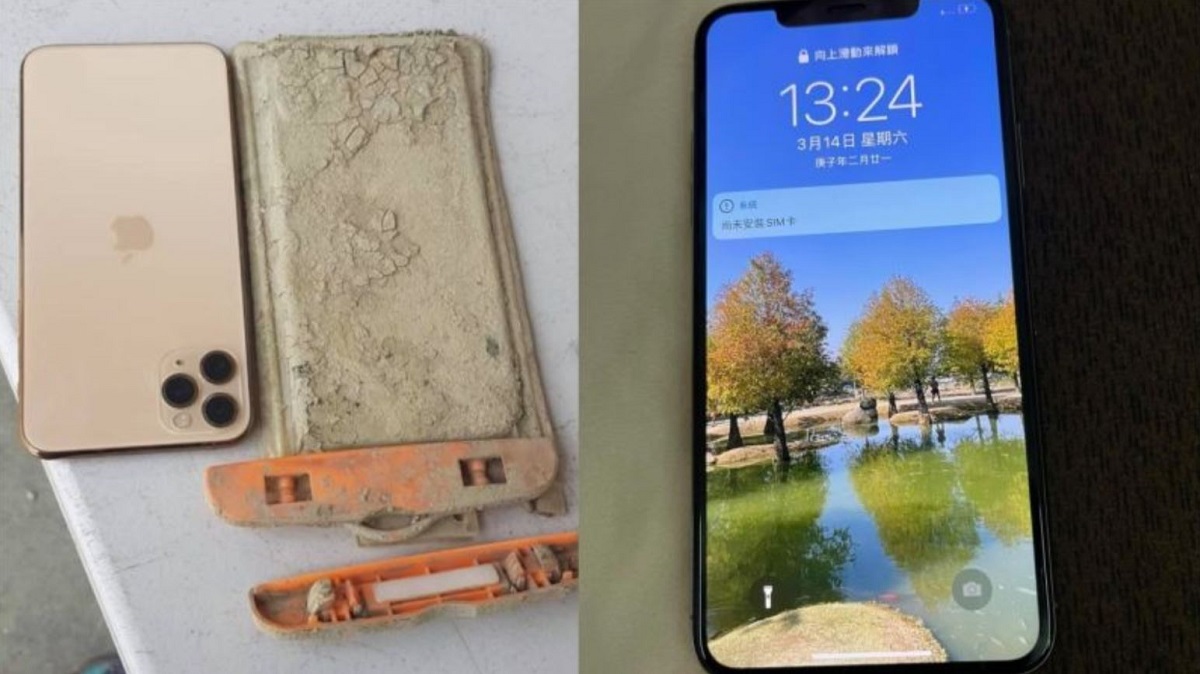 Apple is making the iPhone stronger and more robust with every model. Needless to say, the iPhone 11 and iPhone 11 Pro models are pretty durable as well. We are now hearing that an iPhone 11 Pro Max has been found in perfect working condition one year after it fell in the lake.

As mentioned earlier, an iPhone 11 Pro Max was accidentally dropped in a lake in Taiwan which was recovered a year later. The iPhone was recovered after the biggest drought for over 50 years. The lake was eventually dried which made it easier to spot the iPhone on the bed of the lake. Chen lost his iPhone in March 2020 while he was paddling on Sun Moon Lake, Taiwan. He wore the iPhone 11 Pro Max around his neck after he placed it in a waterproof pouch. He fell in the water multiple times and eventually lost his iPhone. Take note that the outcome could have been different if the iPhone was not placed in a plastic pouch.

While the iPhone 11 Pro Max went to the bottom of the lake, a friend was optimistic that he would see the iPhone again "in a year," according to Taiwan News. In April of this year, Chen was informed that his iPhone has been found. The Sun Moon lake had dried up due to the biggest drought in 50 years which allowed the iPhone and the plastic pouch to be visible on the bed of the lake.

It was a rare coincidence that the lake dried up all the way, allowing the iPhone 11 Pro Max in a plastic bag to be visible. The locals pointed that the lake had not dried for the past 50 to 60 years. Apple incorporated Ceramic Shield glass in its latest iPhone 12 series, promising it can withstand falls and scratches better than the iPhone 11 series. Henceforth, we can be sure that the new models are more durable than their predecessors.

That's all there is to it, folks. Share your thoughts with us in the comments related to the matter.