Shortly after one unnamed iPad model was spotted at an EEC listing, four new iPad Pro models were spotted on a Chinese user manual. Even though Apple has removed the models from the manual, that effort wasn’t enough because both display sizes and model number details have come forth. The models are listed as follows.

As for the display sizes, it looks like Apple will use the same 11-inch and 12.9-inch variants just like it did back in 2018. What this means is that the rumored 12-inch iPad Pro might not materialize, and for those that are disappointed, this move will actually work out in Apple’s favor. That’s because the existing iPad Pro models resonate a winning formula in place, so why would Apple proceed to release a newly designed tablet that would require more resources to make? Instead, employing the same design with upgraded internals and you’ll have fewer resources to utilize while selling more units. 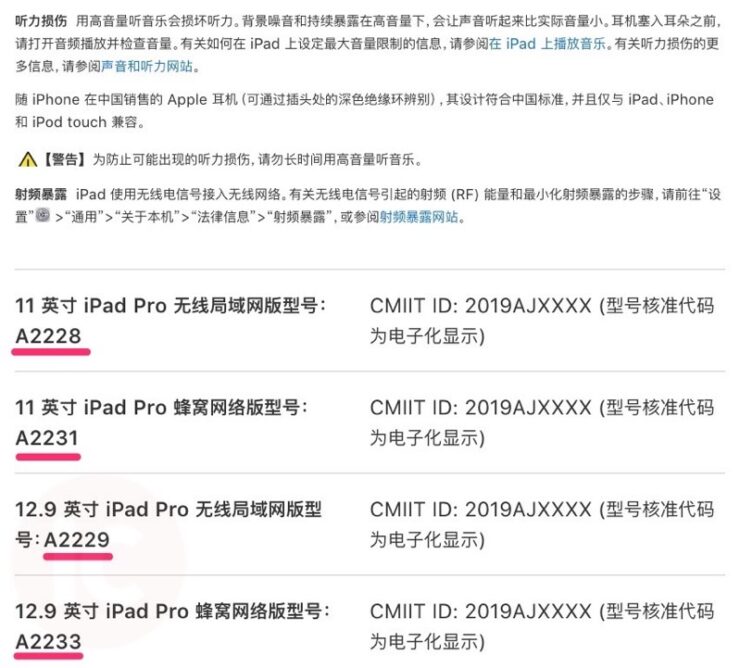 Speaking of upgraded internals, the new iPad Pro models could ship with a rear triple camera, and it could be the same one incorporated on the iPhone 11 Pro and iPhone 11 Pro Max. There’s a possibility that the new iPad Pro models might also get support for 3D sensing, which will deliver newer possibilities for augmented reality purposes. As for the launch, it’s not confirmed when the new slates will arrive but according to a previous report, the new products were supposed to arrive by the end of March at an Apple media event.

Unfortunately, the physical unveiling was reportedly postponed due to the coronavirus outbreak. With that being said, the logical thing for Apple would be to execute a soft launch of its new iPad Pro models in the form of a press release. Following the official announcement, it wouldn’t be surprising to see the previous-generation 2018 iPad Pro models receive a price cut.

So are you excited about the imminent launch? Let us know down in the comments.