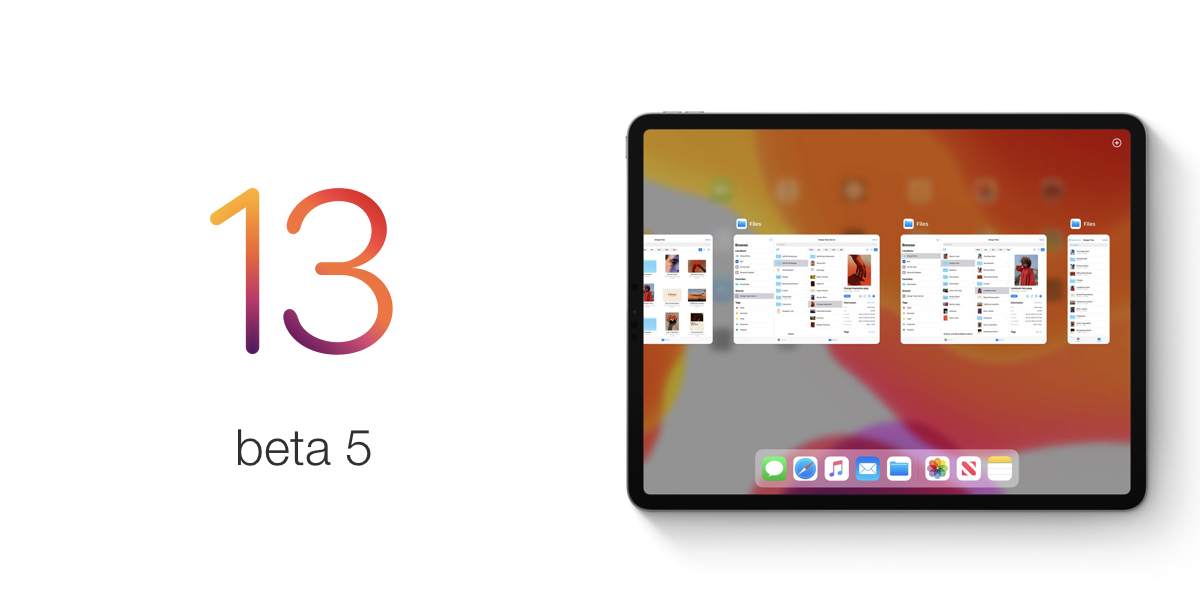 iOS 13 beta 5 download is now available for all iPhone and iPod touch users along with iPadOS 13 beta 5 for iPad.

Apple is slowly and steadily pushing out new iOS 13 and iPadOS 13 betas on a bi-weekly basis. Each update brings with it a handful of bug fixes, performance improvements, security patches and even minor cosmetic updates. Today, Apple has released iOS 13 beta 5 download, and it is no different from the betas that was released before it. And obviously, it's accompanied with a new version of iPadOS 13 beta as well.

iOS 13 beta 5 download can be grabbed over the air if you have one of the previous betas already installed. Simply connect your iPhone, iPad or iPod touch to a power outlet then navigate to Settings > General > Software Update. Once here, your phone or tablet will look for the new update on Apple's server and you will be presented with the update in a matter of seconds. Tap on Download and Install if you wish to proceed with the upgrade right away.

Are you new to the world of iOS 13 beta or iPadOS 13 beta? Then you might want to check out the following links right now:

At this point in time, you can say that the iOS 13 and iPadOS 13 betas are somewhat stable to be used as daily drivers as long as you don't push them too hard. You will, without a doubt, see some sort of broken third-party hardware and app functionality and this is something which will be fixed when the final version of iOS 13 becomes available for the public later this year.

Till that happens, you can enjoy Apple's latest software and maybe even report back bugs you may encounter to Apple, ensuring that everything is as rock solid as possible for everyone on final release day. Your input actually does actually help shape up the future of iOS!