Downgrade iOS 13 Beta (or iPadOS) to iOS 12 on iPhone, iPad or iPod touch 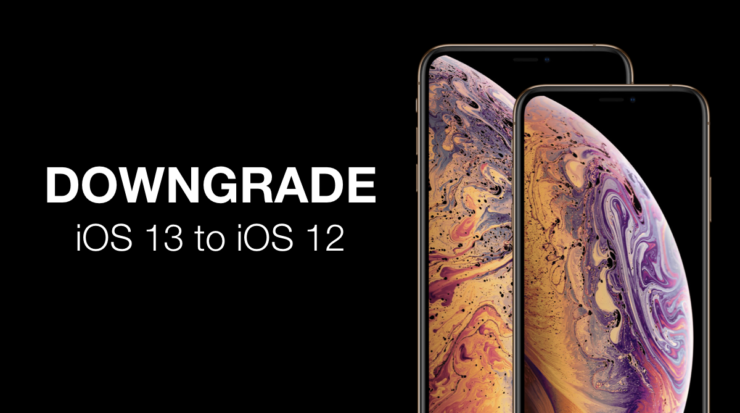 We have a detailed tutorial on how to downgrade iOS 13 beta (or iPadOS) to iOS 12 final public release on either iPhone, iPad or iPod touch.

iOS 13 has been announced and tons of people are going ahead installing the iOS 13 beta software release onto their iPhones, iPads and iPod touches. That’s great and all, if you wanna check out what Apple has been cooking in its software labs. But since this is the first ever release of a piece of software that is due for rollout later in the fall, therefore you can expect a ton of bugs and performance related issues at this point in time.

If you notice that your favorite apps are refusing to run or experiencing extremely broken functionality, then the logical thing to do here is downgrade iOS 13 beta to iOS 12. Granted, you will lose all your files and settings in the process, but at least sanity will prevail in the software department.

So, before you go ahead with the downgrade, please take a solid backup of everything using iTunes or iCloud. If you fail to do so, then you might lose precious files or settings, something which you just can’t afford at any given time. With that out of the way, let’s jump in.

Personally speaking, if you are looking to try out iOS 13 beta just for fun, then it would be a great idea to hold back for a while. Let Apple release a couple of more betas before you jump onboard the bandwagon.

Dealing with betas can be a huge pain in the rear at times. We tend to get excited about new software only to learn the hard way how much trouble it may cause us later down the line when it comes to third-party apps and more. So, hang in there tight, until or unless you have a ton of iOS devices lying around on which you can try out each and every single iOS 13 beta.

While you are here, you may want to check out the following: