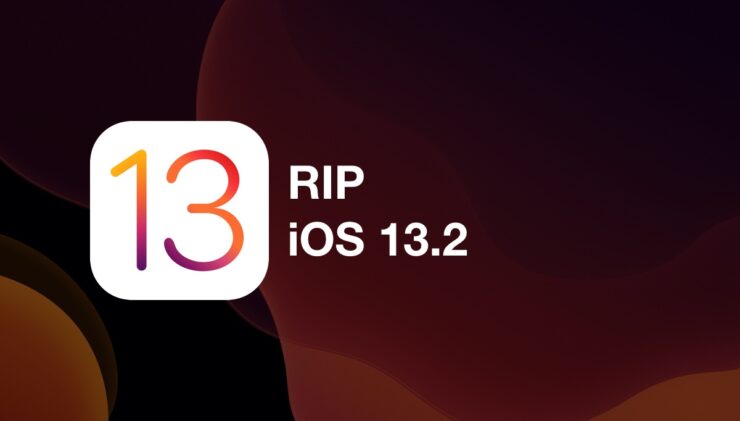 iOS 13.2, compared to previous iOS 13.x releases, is somewhat of a big upgrade. You get support for Deep Fusion on the new iPhones, and with that, a bunch of bugs as well just to keep everyone on their toes. Thankfully, Apple was super swift to release iOS 13.2.2 that addresses a number of issues including a fix for a notorious bug that rapidly shuts down background processes in short bursts. But needless to say, whenever a new software release crops up from Apple's end, there are going to be some problems that might or might not affect everyone. So, if you ran into something that made you think 'I better downgrade iOS 13.2 to iOS 13.2.2' then we have some bad news for you today.

This morning, Apple stopped signing iOS 13.2, meaning that no matter what you tried at this point, you cannot downgrade iOS 13.2.2 back to iOS 13.2. Not on the iPhone, nor iPad. And obviously, the iPod touch is stuck on iOS 13.2.2 as well. But, if you're a jailbreak user, then this news should not bother you at all since the Checkra1n jailbreak works just fine with iOS 13.2.2 as long as you have the correct device at hand (more details in the tutorials linked below).

If you were looking forward to downgrade, for whatever reason, and your plan has been spoiled, then what you can do right now is reap the benefits of iOS 13.2.2 like a regular user, which includes performance related enhancements, fix for iPhone losing cellular service after a call, same for cellular data and so on. Essentially, at least in our testing, iOS 13.2.2 is a very, very stable piece of software. Sure, it's not super polished or anything. But if you are a regular user and don't care about things like jailbreaking and such, then having a cup of coffee while enjoying iOS 13.2.2 is a nice thing to do.

Currently, Apple is testing iOS 13.3 with developers and public beta beta testers. It's unclear what the new software will exactly bring to the table, but refinements are Apple's top priority for all iPhone and iPad users out there. Whenever the new software update comes out, we highly recommend that you jump onboard the bandwagon in order to make your phone and tablet perform at its level best.

Make sure to check out the following: