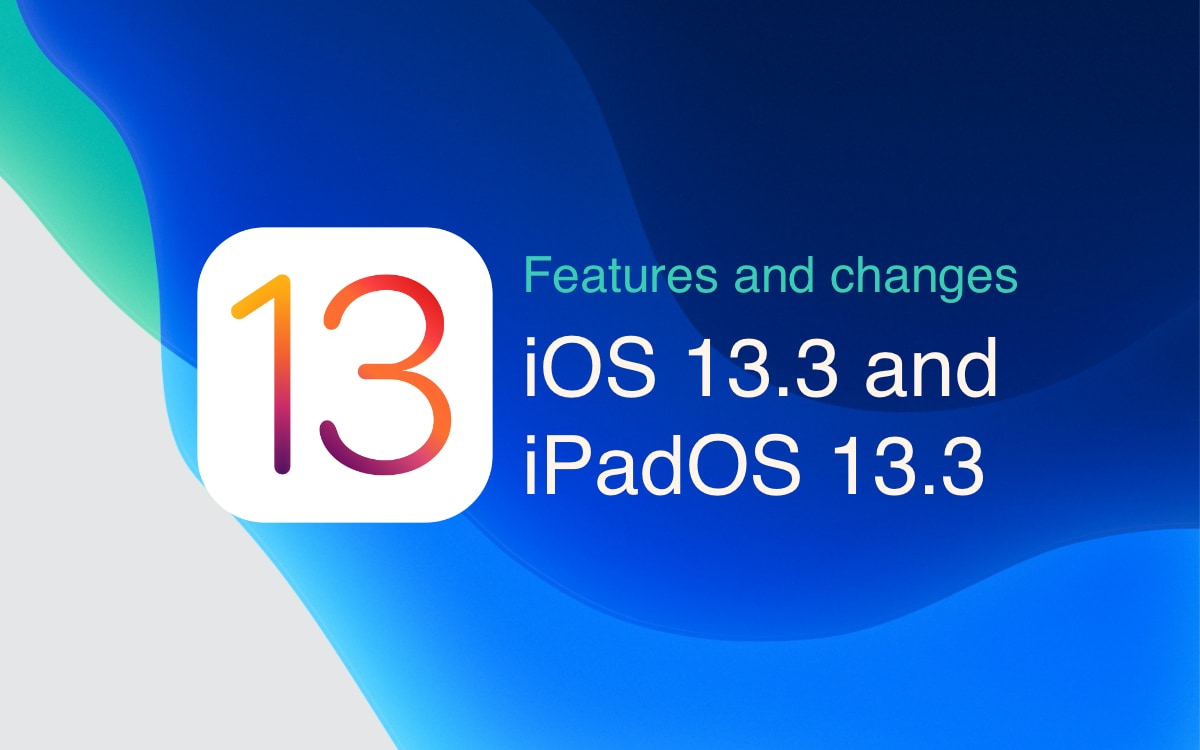 Apple has released iOS 13.3 and iPadOS 13.3 beta 4. The new update is available for developers as an over-the-air update as well as through Apple Developer Center. Public beta testers can sign up to Apple's Public Beta Software Program to download the update. Here are all the new features and changes in this update.

No new release notes have been shared by Apple, and the update size is around 100 MB and less for most devices.

There is nothing new in the release notes. We will update this post as we any new changes.

iOS 13.3 beta 2 was released on November 12 with build number 17C5038a, It is a much smaller update, but contains an important new feature as per the release notes:

FIDO2-compliant security keys are supported by a number of web services for login, including Google, Dropbox, Facebook, Microsoft, Twitter and many more. Using a compatible key should allow users to login automatically to these services in Safari and Safari Web View.

A number of bug fixes are also included in this update aimed towards Mail app and Notification Center widgets.

The first developer beta for iOS 13.3 and iPadOS was released on November 5. The build number for these updates is 17C5032d, while the update file size is around 3.28 GB for iPhone X and 3.34 GB for iPad Pro 11-inch model.

The public beta was released on November 6.

Apple's release notes for this update only mention the following new Networking feature:

The following changes have also been found while using the first beta:

You can follow our guide to download the developer beta and install it on your iPhone, iPad or iPod touch: