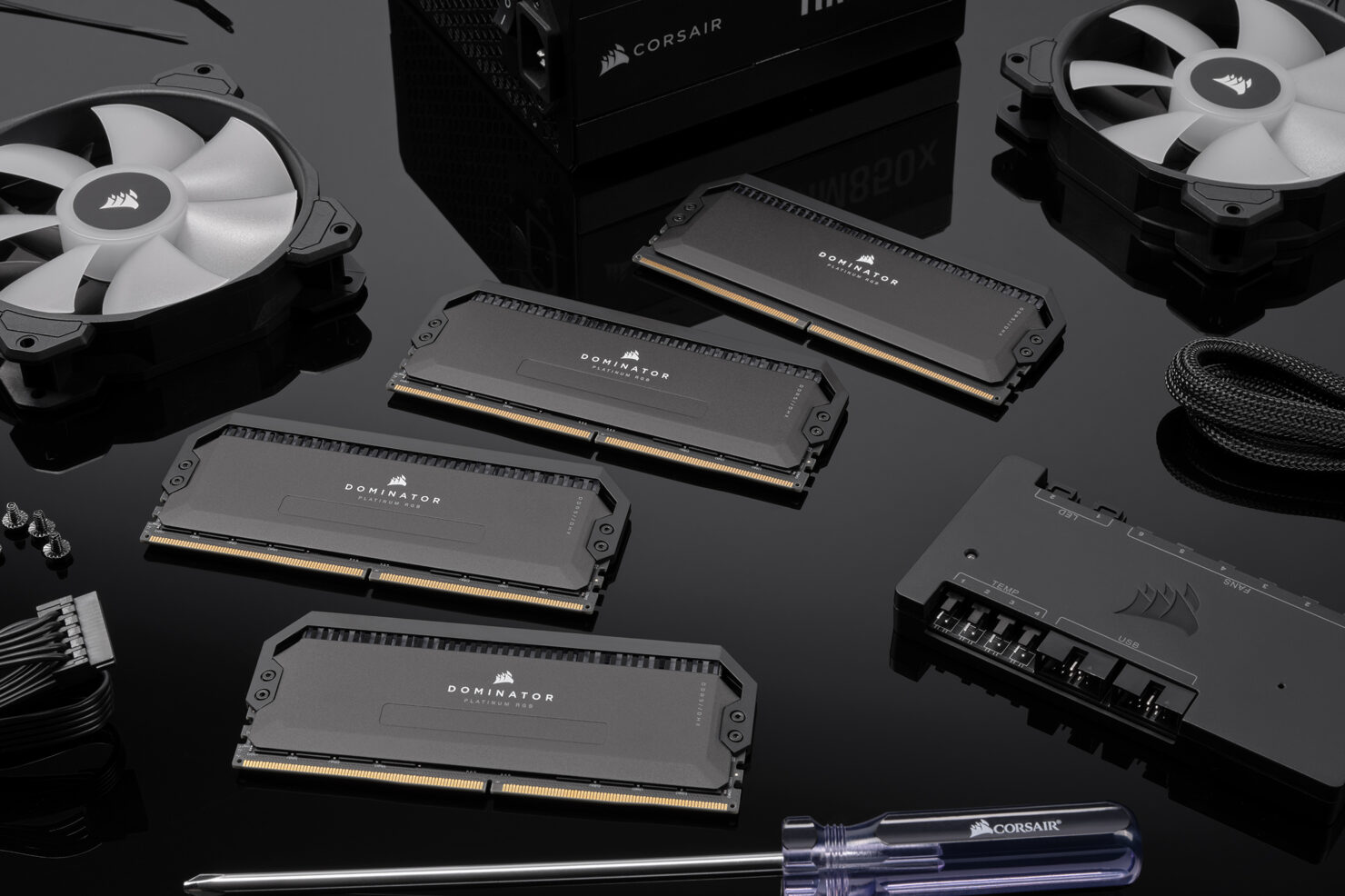 Corsair has showcased its next-generation Dominator Platinum RGB DDR5 memory kits which will be the flagship modules from the memory maker.

Corsair isn't making a big change in terms of the design of their next-gen Dominator Platinum DDR5 modules. This is mainly due to the fact that the current Dominator memory modules look absolutely stunning by themselves. The main changes will come in the PCB design which we can already see hints of underneath the heatsink. The memory modules feature at least 8 DDR5 ICs that will be running at speeds of up to 6400 Mbps initially and going upward as the new memory standard matures. Talking about the design, the Corsair Dominator Platinum DDR5 memory modules will rock the same great stealthy black look with the patented Dual-Path DHX cooling technology that rocks a high-end heat spreader along with 12 ultra-bright and fully addressable CAPELLIX RGB LEDs. The memory modules might also come in white colors though that hasn't been confirmed yet. Corsair will also offer RGB compatibility with its iCUE software suite while XMP 3.0 will allow overclocked profiles to be stored for a series of QVL compatible Intel 600-series motherboards. 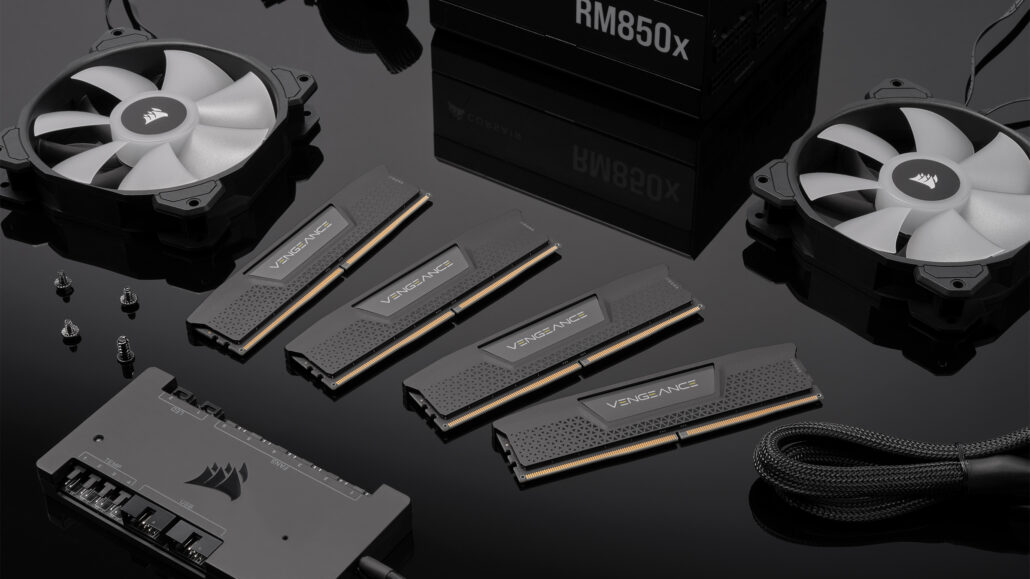 Corsair also showed off its Vengeance series DDR5 memory modules a while back.

Previously, Corsair also showed off its Vengeance series DDR5 kits which offer a more mainstream design and a low-profile heat spreader. Corsair has not shared any specifications of its memory modules but earlier, the company did confirm that its memory modules will be able to hit DDR5-6400 speeds initially, offering up to 51 GB/s bandwidth. Following are all DDR5 kits that we have seen so far announced: