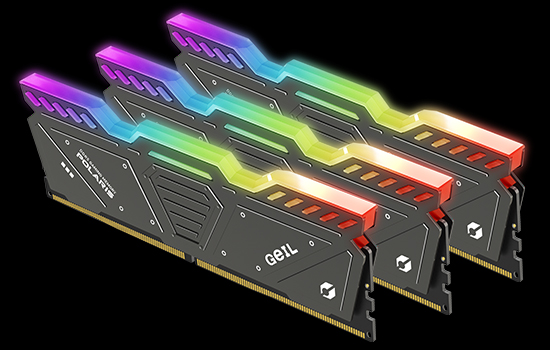 GeIL has started listing down its next-generation DDR5 memory kits in online stores including Newegg where the 32 GB variant has been listed while another retailer has listed down 8 GB, 16 GB, 32 GB and up to 64 GB flavors.

Update (12/10/2021): GeIL has officially announced its Polaris DDR5 memory which scales up to 5200 and 5600 Mbps speeds. The full product list and specs are provided at the end of this article.

GeIL was one of the early manufacturers to announce their upcoming DDR5 products that would support improved heatsinks, RGB capabilities, and overclocking support. The GeIL Polaris series is said to offer overclocking support of up to DDR5-7200 which is a 50% increase over the standard DDR5-4800 speeds.

From what we can see, the GeIL Polaris RGB DDR5 memory kits will be available in both 8 GB / 16 GB / 32 GB single-channel and 16 GB / 32 GB / 64 GB dual-channel kits. The memory specs are rated at the standard DDR5-4800 CL40 for the initial kits and will gradually improve as the new memory standard matures. It is interesting to see that 32 GB single-channel memory modules will be available right off the bat.

As for pricing, the standard 32 GB DDR5-4800 memory kit which offers CL40 (40-40-40-77) timings at 1.1V has been listed on Newegg for a price of $349.99 US. This is a dual-channel kit & includes two 16 GB DIMMs. Compared to TeamGroup's Elite DDR5 offering which has the same specs but comes without heatsink and RGB support, GeIL is asking for $40 US more which seems fair since they do have some added features and overclocking their memory will also produce better results as there is heatsink cooling included whereas TeamGroup's Elite series doesn't feature any.

Following is the full list of memory kits listed by Portugese retailer Terabyteshop:

GeIL's DDR5 memory kits are available in white, red, and gray colors which gives consumers the additional choice so they can purchase the memory modules that match their PC setup. Also in addition to GeIL, OCPCGaming has showcased its own PISTA RGB and XT II DDR5 series memory kits which come in 16 GB and 32 GB flavors at standard 4800 CL40 specs. Both DDR5 memory modules rock a nice heatsink with CT II aiming for an overclocking-friendly design while the PISA features a more gaming-esque look with RGB.

So far, there's no platform to support the DDR5 memory standard but that changes next month with the launch of Intel's 12th Gen Alder Lake CPUs and the respective Z690 motherboards.