During its Xtreme Innovation event, ADATA & its gaming brand, XPG, unveiled a host of new products including the next-generation DDR5 memory which is coming later this year, offering insane transfer speeds with overclocking support and more.

ADATA has announced that it will actually be splitting its DDR5 memory lineup into two categories. One will be aimed at standard consumers and offer speeds of up to 8400 Mbps which is up to 164% faster than existing DDR4 memory. The modules will operate at 1.1V and feature capacities of up to 64 GB.

The ADATA XPG lineup on the other hand is more interesting since it's aimed at enthusiasts and overclockers. ADATA has promised DDR5 transfer speeds of up to 12600 Mbps and based on what the company has shown, we can expect twice the capacity compared to DDR4 (32 GB vs 16 GB) & voltages between 1.1V-1.6V with on-die ECC support. The faster memory options won't be available for purchase till later this year so we should expect the standard DDR5-8400 modules for the Intel Alder Lake CPU platform first.

ADATA XPG has already shown off its DDR5 CASTER memory which will come in both RGB and non-RGB flavors. The modules are rated at 7400 Mbps with up to 32 GB capacities though the company has also confirmed 8400 Mbps speeds with up to 64 GB capacities. Expect more information on overclocking and gaming DDR5 memory kits in the second half of 2021 along with pricing and availability information. As for complete DDR5 memory specs, you can check out our detailed article over here.

In addition to the DDR5 memory announcements, ADATA & XPG also announced a host of new products which include PCIe Gen 4 and USB 4 based flash products, their new gaming laptops & new gaming peripherals.

In an era of social media, video streaming, and 5G, high-quality content has become the backbone of our world. ADATA is ready to meet the needs of creators with a slew of new products. Among them is ADATA’s new LEGEND PCIe Gen4 SSD. The SSD is able to achieve blazing-fast read speeds of up to 7400 MB/s, ideal for video editing and 3D rendering. 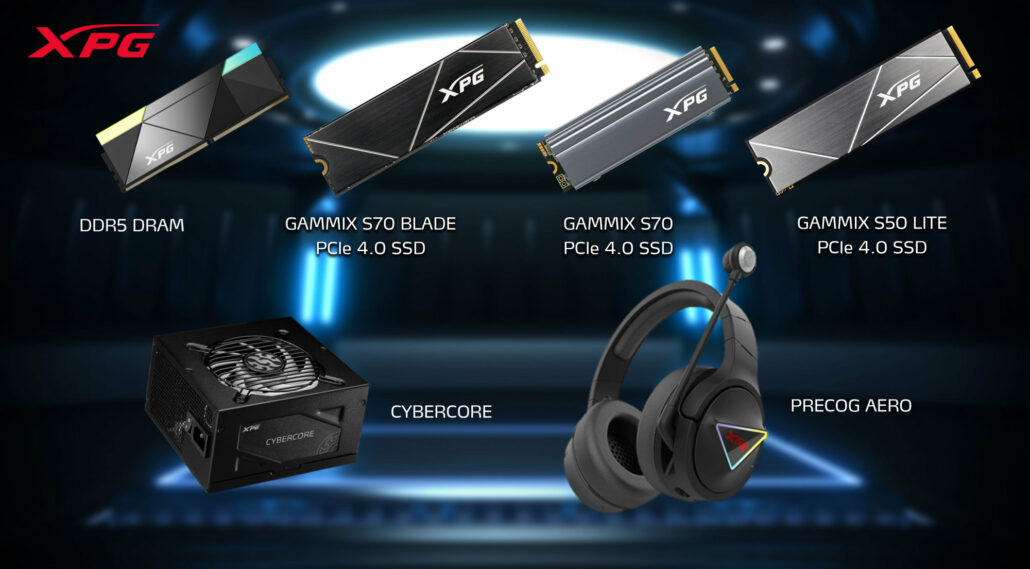 ADATA introduced its new USB4 external SSD. Utilizing the latest USB4 interface, the SE920 is capable of speeds that are up to four times faster than its USB3.2 predecessors. This equates to a speed of roughly 4000MB/s. For maximum stability in any environment, the SE920 is equipped with ADATA’s proprietary heat conduction technology to keep things cool and optimal.

ADATA also unveiled its next-generation memory card, the Premier Extreme SDXC SD7.0 Express PCIe Gen3x1 UHS-I U3 Class 10. What makes this memory card so extraordinary is support for PCIe, thanks to the latest SD7.0 specification. The SDXC Express card will provide a significant performance boost over its predecessors with read and write speeds up to 800/700 MB/s. This card is backwards compatible with UHS-I for further ease of use.

Many new gaming products were introduced as well, including the XPG XENIA 14. This new gaming lifestyle ultrabook comes with an 11th Gen Intel® i5 or i7 processor, Intel Iris XE integrated graphics, 16GB of XPG DDR4 RAM, and a lightning-fast 512GB XPG Gen 4 SSD. On the outside, the XPG XENIA 14 is gorgeous and portable with a 15mm thin profileand an ultra-light premium Magnesium alloy body. It weighs only 970g. Despite its portable form factor, the XENIA 14 still manages to fit in a 14-inch screen with an impressive 92% screen to body ratio. For all-day productivity or gaming, the XENIA 14 offers up to 10 hours of battery life; and for easy connectivity it sports two USB type-C ports, two USB type-A ports, HDMI port, SD card reader, 3.5mm audio jack, & Thunderbolt 4 support. 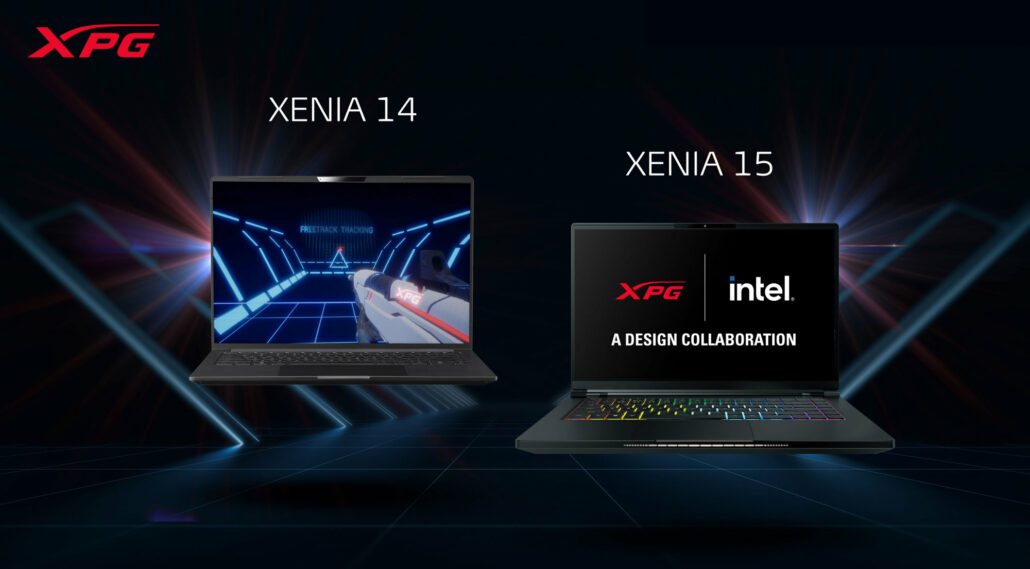 The new XENIA 15 comes with the new Intel Tiger Lake H 11th Gen i7 processor, NVIDIA® GeForce® RTX 3060 or RTX 3070 GPU, 32GB of XPG DDR4 RAM, and a lightning fast XPG Gen 4 SSD with 1TB of storage space. Like the XENIA 14, the XENIA 15 sports a premium Magnesium alloy body for a lightweight ultrabook that comes in under 2kg. The XENIA 15 also features a mechanical keyboard with per-key RGB lighting, a spacious 15.6-inch 165Hz QHD screen, and support latest Thunderbolt 4.