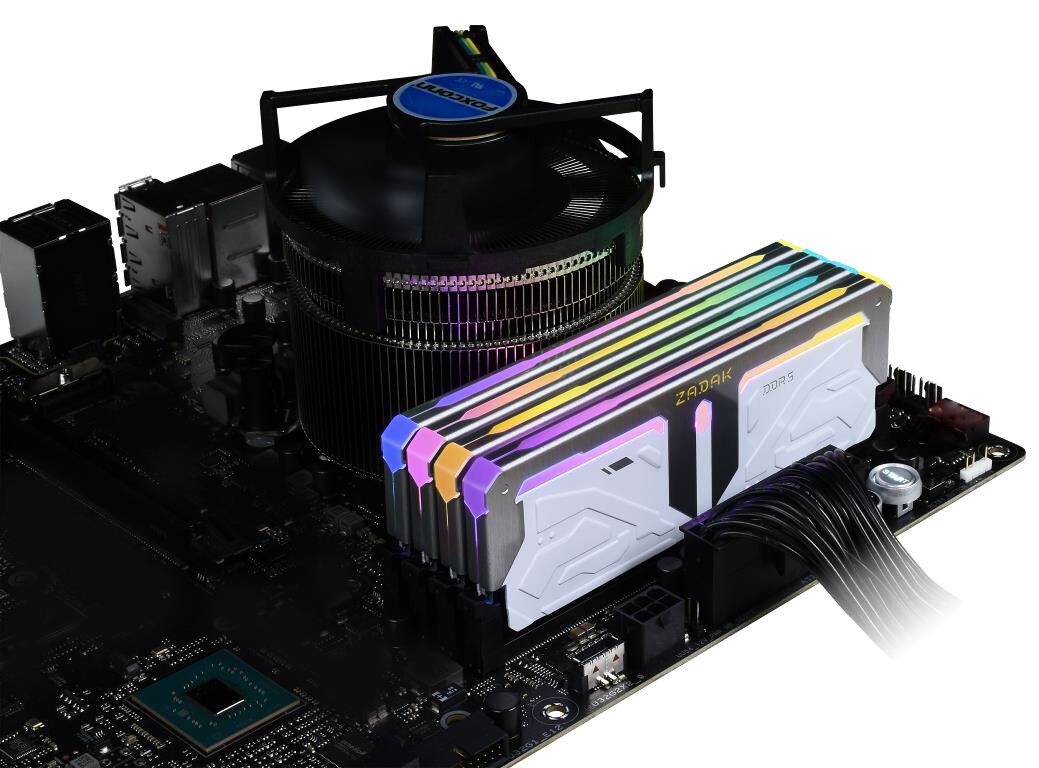 ZADAK is the latest manufacturers to announce its DDR5 memory in its Spark series. The company has shown off its next-generation DDR5 memory modules which will feature RGB lighting & a high-end heatsink solution.

The ZADAK Spark DDR5 memory kits will be available in 16 GB and 32 GB capacities. The transfer speeds will range from 4800 MT/s standard and 7200 MT/s overclocked. These speeds are said to be achieved at vastly lower voltages compared to DDR4 memory (1.1V vs 1.2V). Other features will include PMIC (Power Management IC) which is featured on the DRAM module itself & helps energy management efficiently.

As for the design of this Spark DDR5 memory, ZADAK has gone with a white-colored shroud which acts as a heat dissipator and a gray brushed metal shroud. There are also RGB LEDs for those who want to add some bling to their next-gen PCs but you will also have the option to turn those LEDs off too if you are aiming for a minimalistic look.

ZADAK states that it is working closing with motherboard manufacturers such as ASUS, Gigabyte, MSI & ASRock to deliver compatibility and stability for their DDR5 memory modules. The memory kits are expected to arrive in the market before the end of 2021 so we can expect them in Q4 '21 which is around the same time when Intel's Alder Lake CPUs launch.

The Intel Alder Lake platform will be the first to support the next-generation DDR5 memory and ZADAK didn't hesitate to show off a consumer-grade Alder Lake platform running their Spark DDR5 memory. In the picture above, you can see a test platform for Alder Lake CPUs running the SPARK memory. With that said, you can expect more details on the memory & the respectively supported platform in the coming months. You can check out more detailed specifications of next-generation consumer memory over here.