What happens in Vegas, stays in Vegas. Not true for the technology though. The electronic machines, devices and technologies that are showed off every year at Consumer Electronics and Consumer Technology Tradeshow (CES) at Las Vegas slither out to the entire globe. As the "CES 2014" is right around the corner, here are the few big deals that are expected in this year's consumer electronics trade show.

Steam OS has been called as the first true Gaming OS ever developed among many other things. This is fully independent Linux-based OS released only a week ago. Valve is already going through the testing process by some 300 lucky gamers to test beta builds.

There are several features that make SteamOS stand tall against other competitors which includes the never ending library of Steam games, developers optimizing experiences for SteamOS and Valve exclusive titles based on Source Engine and four great features which include the ability to stream games on large screen TVs from a Windows or Mac OS through your SteamOS machine.

Among much hype, iBuyPower is claiming to show off its first Steam Machine in "CES 2014". The company says its Steam OS will run on an early build of Steam OS playing Stream games at 1080p in 60 frames per second. Would we get to see more Steam Machines on CES 2014? Only time could tell.

And while we are at display technology, how could we miss the hits of 2013 filled with rumors of 4K screens. Its no doubt that the era of 4K has been kicked off with people feeling the need to buy the Ultra HD displays to watch their blu-ray movies in super high and crisp quality or playing games with tremendous amount of details. While 4K monitor manufacturers are already pushing their screens, GPU manufacturers such as NVIDIA and AMD have also been aboard the 4K scene since a year now since both GPU makers have their cards advertised to run on 4K resolution and a swift competition has sparked up in between both rivals.

While Apple remained in news for its 4K displays, LG will be showing off Real 4K monitor with 31 inch IPS screen and 4096 x 2160 resolution at "CES 2014". These UltraWide monitors and ColourPrime screens for True Colour Pro clarity might take us off the feet. You can see the difference between image quality of HD and UHD display in the following screenshot:

This CES 2014, LG and Samsung are expected to present their next gen curved OLED screen. This year's screens aren't only expected to be curved but also flexible to accommodate best viewing angles. While many think there's no need of flexible screens, the OEMs believe the flexibility of curvature would allow multiple viewers to have better visibility angle.

LG has already launched world's first flexible phone in last quarter of 2013. It is expected that LG's OLED TV will adopt similar techniques and technologies. There haven't been any announcements about the screen size of these flexible OLEDs, it is expected to see "huge" display sizes at CES. 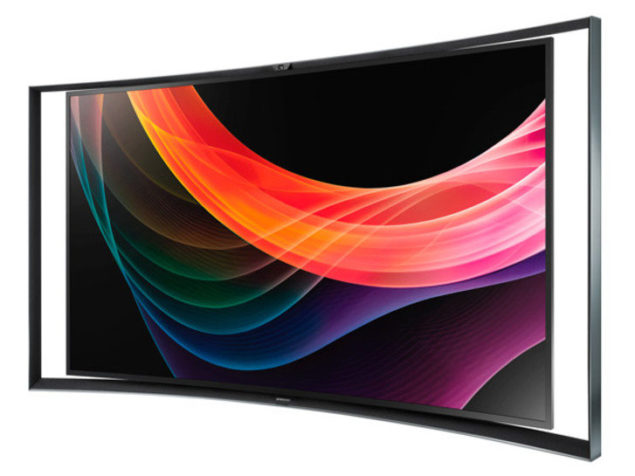 On December 18, Netflix announced its next-gen streaming plans to produce of "House of Cards" season 2 in 4K. Netflix could team up with TV makers as Netflix Chief Product Officer Neil Hunt has shared that company has partnered with "major TV vendors". Netflix is set to announce their 4K-Netflix-capable wares at CES. Smart TVs by Netflix!

Hunt although didn't share any names of manufacturers but did say that "several" major manufacturers would be announcing 4K-capble sets at the CES in January 2014. As Sony, LG, and Samsung are set to present their flexible OLEDs and 4K displays, we might see some partnerships happening here.

Sony has had a very successful quarter with its PS4 release and holiday sales. Expect some super powered smartphones and other gadgets from the company.

Sony this year took the lead in 4K display technology by unveiling an 84 inch 4K TV; this next-gen display technology offers four times as many pixels as a standard HD display (refer to image above). It is expected from Sony to bring out some 4K capable TV sets and gadgets.

Also expected from Sony are upgrades to its existing smartphone line-up of Xperia. Will Sony equip its smartphones with crazily pixel-condensed display screens?

Wearable tech is  going to create some real chaos and craze at CES 2014. From glasses and smart watches to wristbands and rings; we will see a lot more and much more well-defined tech. While Apple, Google and Microsoft won't be at "CES 2014", expect some crazy stuff from Samsung and Sony and perhaps a few underdogs?

As wearable technology is currently the most significant emerging tech facet, it is hoped that we will see a lot of smart watches, smart shoes and socks, fitness gadgets and Google Glass type of wearable tech at CES this year. We will also see updates to the existing wearable technologies like Galaxy Gear and Google Glass. It is also expected that some new competitors and self-funded campaigns will show off their crazy wearable gadgets too.

Marissa Mayor will be joining Sony's Kazuo Hirai and Intel's Brian Krzanich for a Tech Titan keynote at CES 2014. Seems like the popular tech woman might announce some more re-branding of Yahoo. Mayer will share her "vision for products, services, and networks that will shape the next wave of innovation."

Since her being the Chief in 2012, Mayor has tried to rebrand Yahoo the company as it made more than 21 acquisitions and unveiled a new logo too. As CES will feature more than 3,200 exhibitors, Yahoo will get a big chance to re-show itself in front of many possible partners.

At CES 2014, Intel is expected to focus on Haswell, ultrabooks with power-boosting processors and Windows 8.1 powered tablets.

Intel hopes to use the newly refreshed Bay Trail (with more 64-bit options) to lead their next charge into tablets. Since Bay Trail has made healthy progress in many areas over its predecessor, Intel may just have what it needs to help move the tablet market forward and further toward x86-based chips. In addition to their mobile chips, there’s also a fair chance that we could see more information on Intel’s upcoming 14nm “Broadwell” chips.

Intel is also expected to give an update on their upcoming Haswell Refresh platform and Ivy Bridge-EN Xeon E7 processors which are headed for launch in Q1 and Q2 of 2014.

Can a 3D printer get you food?

This 2013 crazy year has been literally crazy! This year home-based 3D printers gained some popularity which could print small plastic models. With every new advent comes new worries. Same has been true for 3D printing which was in news for months after a 3D printer successfully produced a 3G gun. Expect even more bizarre innovations of 3D printing at this upcoming show. "CES 2014" stage is all set to accommodate 3D printing devices that will let you print your own jeans and dinnerware. Hah.

- and of course there will be smartphones!

Sony, Samsung, LG's crazy phones and much more is expected from 2014's biggest consumer electronics trade show. Samsung might unveil its next flagship Galaxy S5 - which would be a surprising move from the Korean company considering its focus on dedicated launch events.

Although HTC is not speculated to announce anything at CES 2014, we might see some smartphone wonders from LG which has already taken much of the limelight with its self-healing G Flex!