South Korean tech site, ETNews, claims that Samsung can be close to releasing its 10.5 inch tablet. The site reports the launch date could be as early as January next year! If the rumors are to be believed, Samsung is set to release as many as four tablets in the coming year, all but one packed with an AMOLED display. 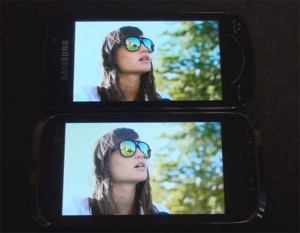 With this upcoming 10.5 Samsung AMOLED tablet, company is making a return to AMOLED panels after it stopped releasing AMOLED screen tablets debuting with Galaxy Tab 7.7 in 2011. The year 2014 seems to be Samsung's year as reports, speculations, and rumors keep coming about its releasing a range of gadgets. Tablets, introducing facial recognition with Galaxy S5, and an expected upgrade to its Galaxy Gear Smart Watch are a few among other many gadgets and technologies in the pipeline.

The four tablets that Korean giant will launch in 2014 will range from 7 inch all the way to a massive 13.3 inch tablet which is said to mimic the concept of Asus Transformer paired with a physical keyboard dock. While the smallest one wil not be packed with Samsung AMOLED screens, all the others are supposed to be.

Nevertheless, this is just a rumor. ETNews claims that according to industry sources, Samsung will release its 10.5 inch AMOLED tablet. We will try to get to any other sources that could reciprocate this rumor. If true, you might be able to get your hands on the Samsung 10.5 inch AMOLED tablet as early as February next year!