Ubuntu has finally managed to seal its first deal to supply the Linux based touch OS for mobile platforms. It is yet to revealed which company Ubuntu is partnering with, but seems like 2014 will see Ubuntu as another major mobile OS platform.

In an interview at LeWeb Conference, Canonical founder and product strategy leader Mark Suttleworth said that the company has signed its first agreement to ship Ubuntu to mobile.

"We have concluded our first set of agreements to ship Ubuntu on mobile phones." - Shuttleworth.

Ubuntu is set to work on two kinds of smartphones: one is the entry level device powered by at least a dual-core and a 512 MB of RAM; and the high-end quad-cord powered smartphone with 1 GB of RAM. The latter is built to work as a PC when connected with a monitor, mouse and a keyboard. Shuttleworth is hinting to this latter kind of Superphone in his 2014 partnership details.

Shuttleworth calls the Ubuntu Mobile OS as fresh, clean UI with more usability than any of the other new phones. He seems optimistic about developers' interest in Ubuntu. He says that Ubuntu mobile is based on open source OS able to run apps written for Linux kernel with a Java layer on top. Founder believes developers will be interested as they already have to reckon with a fragmented Android device market.

"We make no claims for Android compatibility, but we make it super easy for you to target both at the same time and super cool for you to do so." Shuttleworth said. 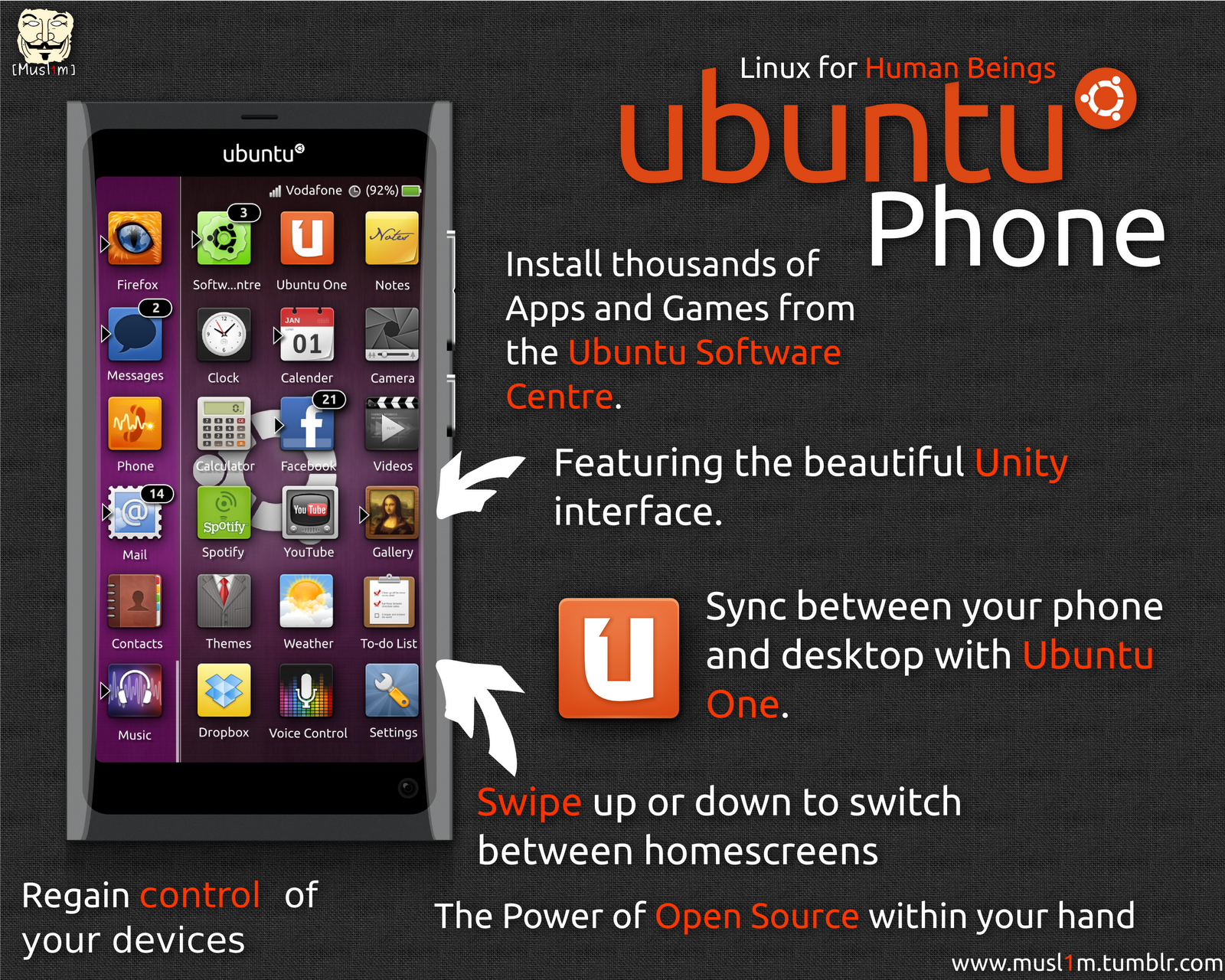 "We are now pretty much at the board level on four household brands. They sell a lot of phones all over the world, in emerging and fully emerged markets, to businesses and consumers." - Shuttlworth on having discussions with other OEMs too.