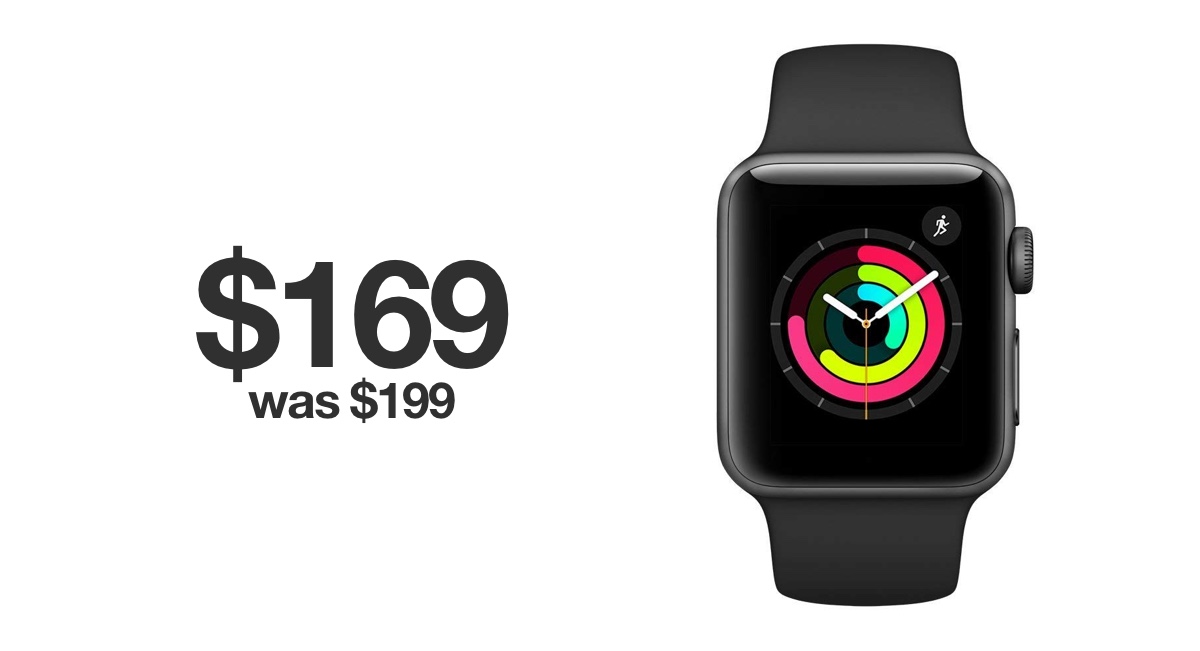 Get ready for the ultimate deal in wearable. The Apple Watch Series 3 is available for just $169 for Black Friday 2019.

Apple Watch Series 3 is the Best Value for Money Wearable, Discounted to Just $169

Despite being an older model, the Apple Watch Series 3 has managed to stand the test of time in a way no other could. Packing in a fast dual-core S3 chip, the wearable is capable of running watchOS 6 without breaking a sweat. Furthermore, you can take this Apple Watch into the swimming pool and it will track everything without any issue.

The model on sale is the 38mm one with GPS, featuring a Space Gray aluminum casing with a black Sport Band. Essentially, if you are looking for something minimal and stealthy, then it doesn't get any better than this. Since the price has dropped to $169 as well, we wouldn't argue anything against this deal at all. Pick it up today and save some money on one of the best wearables around.

More deals? More deals! Check them out below:

Save $30 on Beats Studio Buds in All Colors