It was not the most prolific year for shooter games, that's for sure. However, that's not to say there weren't any noteworthy releases. In fact, as usual, some of the biggest triple-A titles belonged to the shooter games genre.

2018 was the year Battlefield returned to its World War II roots with V, while Call of Duty focused entirely on multiplayer with the addition of Battle Royale. Ubisoft released another Far Cry installment, set on the US soil for the first time in the franchise, and tactical shooter games fans recently had the chance to savor Insurgency Sandstorm.

Take a look at our list of best shooter games released in 2018 and let us know in the comments if there's anything you played that could have been worth adding!

The fifth main installment of the Far Cry series, originally created by Crytek and then bought by Ubisoft, released in March and delivered the usual open world craziness, coupled with a unique setting (Montana) and a memorable antagonist (The Father).

Kai summed up his review with the following words:

DICE brought its flagship series back to where it all began, to World War II, with Battlefield V. The Swedish studio also overhauled several key mechanics while introduced brand new ones, such as the ability for every soldier to build fortifications. Here's what Kai had to say in the review:

Battlefield V certainly shows potential and has the framework already in place for more content, be it more cosmetics, maps, guns, or other surprises that we haven’t seen before in a Battlefield game. It may not be my favorite shooter of the year, but Battlefield V still offers some of the most satisfying, grand scale FPS fights of any shooter on a console.

Treyarch ditched a real single player campaign in Black Ops IIII, focusing on the co-op, multiplayer and Battle Royale modes instead. This didn't diminish the success enjoyed by the game in the slightest, as explained in the review.

As a fan of the post-modern guns rather than those that were developed for the last Great War, the setting of the later Black Ops games has consistently been one of my favorite series under the Call of Duty umbrella. Now that boots are back on the ground once more, most of the changes in Black Ops IIII can be seen as a positive. Treyarch has certainly nailed both the Zombies and Blackout experiences with an absurd amount of content, and if they can show Multiplayer the same focus and add in more variety to the weaponry and modes, players could see Call of Duty Black Ops IIII to be Treyarch’s best work since World at War. 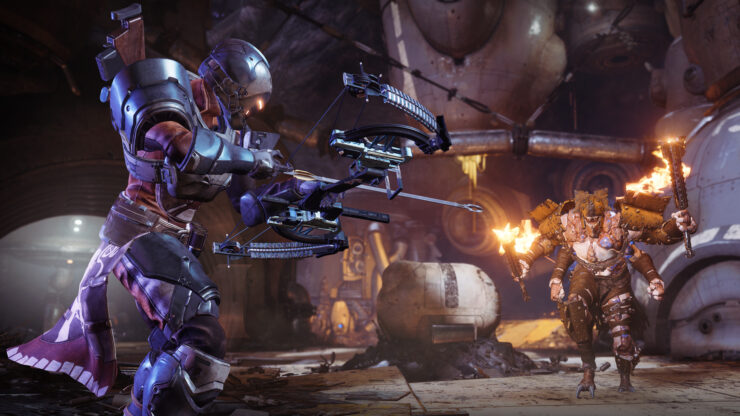 Forsaken singlehandedly rescued Destiny 2 from its decline, or at least that's the dominant perception since it released in September. Bungie managed to do so by listening to the community's complaints and addressing them thoroughly in this expansion.

While reviewing the game, Jorge wrote:

Those who prefer a slower, more tactical approach to their shooter games have been often neglected by triple-A developers and publishers. Luckily, New World Interactive reimagined Insurgency with Sandstorm, the Unreal Engine 4-powered new iteration released last month on PC. The fresh review posted yesterday by Rosh promotes the game without reserve, at least for those who are into tactical FPS games.

Insurgency: Sandstorm is one of the most detail-oriented military shooters available today. With some amazing visual and sound design, it's impressive looking and sounding yet also a fun, tactical and tense shooter for players who really want a challenge.

The elephant in the room - Battle Royale

The hottest subgenre of the whole games industry is Battle Royale, which is clearly a spin-off of the shooter genre. It's worth noting that in this regard PUBG is probably a better shooter than Fortnite, though neither is quite as good as those mentioned above in terms of shooting mechanics.

The main strength of Call of Duty: Black Ops IIII's Blackout Battle Royale mode is that it retains the series' trademark smooth and satisfying gunplay, making it the perfect way for a shooter games fan to dip toes into the 'last man standing' craze. Battlefield V will, too, join the Battle Royale fray at some point next year with the Firestorm mode that promises to retain the franchise's traditional focus on squad and vehicles.