Note: Wccftech isn’t doing a “Best Action-Adventure Games” list this year – games that would’ve fallen under that umbrella in the past will be split between the Action and Adventure categories. Action encompasses any title where combat is a core element you need to master to progress. Adventure games focus more on exploration and puzzle solving, with combat being avoidable, non-existent, or heavily simplified/automated.

2018 wasn’t a big year for traditional hardcore action games (think Devil May Cry or Bayonetta), but it did serve up a number of excellent open-world titles with a heavy emphasis on combat and gunplay. This was a year when a lot of long-in-development titles like Red Dead Redemption 2 and God of War finally reached the finish line, and, for the most part, they delivered the goods. Find your eye of the tiger as we tackle Wccftech’s best action games of 2018!

God of War took Kratos, one of the most one-note characters in gaming, and brilliantly transformed him into a real, three-dimensional character. Best of all, God of War did this without sacrificing the challenging action gameplay that's always been the franchise’s bread and butter. Wccftech’s Kai Powell couldn’t praise the game enough in his perfect 10 review:

If you’re looking for pure escapism, Spider-Man is unquestionably one of 2018’s standouts. Developer Insomniac Games nails the exhilaration of web-slinging over bustling urban streets and packs its virtual Manhattan with all the characters, villains, and fan service you could hope for. The game is no slouch in the action department either, serving up versatile combat mechanics as good or better than those in the acclaimed Arkham games. Here’s what Kai had to say about the game:

Marvel’s Spider-Man does so many things right and swings its way towards greatness. […] [There are] a few holes in the spider-web […] if you focus too much on the story. If you look beyond that and focusing on the web-slinging and combat, Insomniac has created one of the best superhero games to date.

It was a long, long, loooong wait, but all the anticipation was worth it. Red Dead Redemption 2 isn’t a perfect game, but its achievements overshadow its flaws. RDR2’s world is one of the most intricate of all time and Rockstar pairs this impressive technical achievement with some of the sharpest writing they’ve ever done. This game is an event, plain and simple, and you don’t want to miss out on it. Here’s what Wccftech’s Alessio Palumbo had to say in his full review:

Every single aspect of [Red Dead Redemption 2] will put you into the shoes of an outlaw roaming America with his gang as they try to escape the law long enough to make the money needed to disappear for good. It's an epic, memorable and engrossing tale which also elevates the open world genre to new heights with the brand new interaction system, a cast of unforgettable characters and a ton of high-quality content to play for a long time.

There have been rumblings that Shadow of the Tomb Raider has fallen short of Square Enix’s sales expectations, which is a shame, because it’s a rock-solid finale to the reboot trilogy. The game is absolutely gorgeous, features some of the series’ best level design to date, and does a lot to expand Lara Croft’s world and personality. This one may have got a bit lost in the shuffle in 2018, but that just means you can already get this great game at a bargain price! Here’s Alessio with the final word: 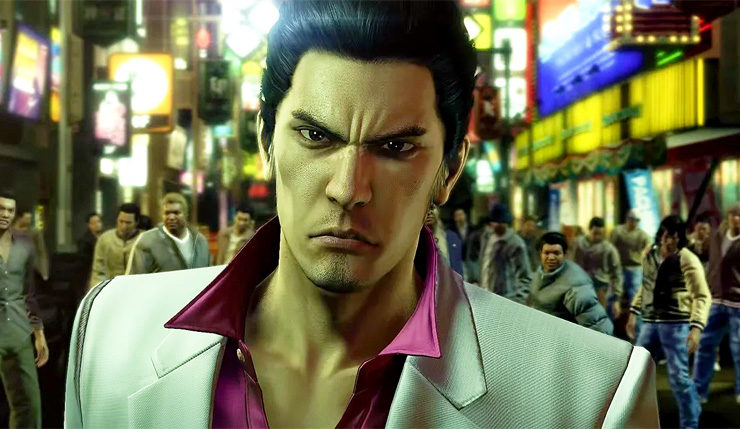 2018 was a great year for fans of the Yakuza franchise, as Yakuza 6, Yakuza Kiwami 2, and Fist of the North Star: Lost Paradise, which is essentially a reskinned Yakuza game, all hit Western shores. Ultimately, we gave Kiwami 2 our highest review, but all the new Yakuza games are worthy of your time. Here’s what Yakuza fanatic Kai had to say about the game:

The streets of Kamurocho are once again available to tour in beautiful HD thanks to Sega’s Dragon Engine that Yakuza 6 was built upon. This is a true-to-form remake of the second Yakuza title for PS2, but with a slew of enhancements for the latest PlayStation generation. Playable chapters as Goro Majima and new diversions bring new life into a JRPG series that’s about to celebrate its 13th birthday. All of this is wrapped into a package that once again puts Sega’s amazing facial tech to use.

As mentioned, this wasn’t a banner year for hardcore action, but there were plenty of combat-heavy open-world titles worth picking up, including, of course, the various Yakuza games and Musou hack ‘n’ slashers like Warriors Orochi 4 and Dynasty Warriors 9.

There you go, the hardest-hitting games of the past year. Any good games we missed? Don’t agree with our top five? Hit the comments and hash out your own adventure favorites.

Also, make sure to check out Wccftech’s best multiplayer, roleplaying, fighting, adventure and survival games of 2018!