Note: Wccftech isn’t doing a “Best Action-Adventure Games” list this year – games that would’ve fallen under that umbrella in the past will be split between the Action and Adventure categories. Action encompasses any title where combat is a core element you need to master to progress. Adventure games focus more on exploration and puzzle solving, with combat being avoidable, non-existent, or heavily simplified/automated.

2018 was a good year for players who would rather exercise their minds than their thumbs. Some great new episodic series kicked off this year and narrative games from big publishers like EA and Sony delivered surprisingly moving, thought-provoking experiences. On top of that, Shadow of the Colossus made a towering return, and Hitman 2 proved the stealth genre is still alive and well. Keep your wits about you as we explore Wccftech’s best adventure games of 2018!

It Takes Two Review – Love is a Multi-Genre Thing 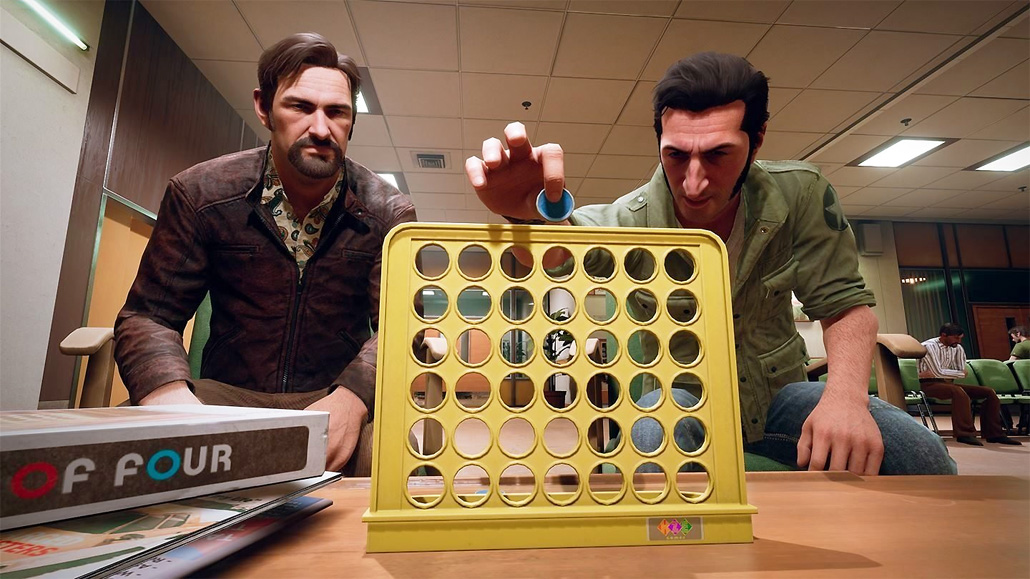 If we were giving away an award for Most Underrated Game of the Year, A Way Out might be the winner. The latest from Josef Fares and Hazelight Studios isn’t just a fantastic multiplayer experience, it’s a wildly varied, beautifully-crafted adventure that could stand on its own even without the co-op splitscreen gimmick. Here’s what I had to say about the game in my full review:

“A Way Out is an impressive achievement that definitively proves creativity matters more than bloated budgets and big-name franchises. A technically accomplished, endlessly inventive co-op masterpiece, A Way Out will surprise and excite you from beginning to end. This one deserves to be a breakout hit.”

Detroit: Become Human is the best Quantic Dream game to date. Make no mistake, the game is very David Cage-y, with plenty of quick time events, melodrama, and weird asides, but this time around you actually care about the characters and the pretension isn’t spackled on quite so thick. The game’s branching story is one of the most complex ever created, allowing the player to create their own unique-feeling journey. Here’s what Wccftech’s Kai Powell had to say about the game:

“Detroit: Become Human doesn’t change the Quantic Dream formula that much. Instead, Detroit refines it with a narrative that takes three different stories of android servitude to create one cohesive story. While repeated playthroughs can reveal the programming beneath the surface and the failed promise of free will, even taking a single playthrough to create your own story makes Detroit: Become Human a worthy PlayStation 4 exclusive.”

The Walking Dead: The Final Season is one of Telltale Games’ best efforts in quite some time. It builds its cast of likeable new characters with uncommon skill, lets you feel a glimmer of hope, and then tears it all down in devastating fashion. I’m afraid of what might come next for Clementine and AJ, but I can’t look away…The Final Season has already sunk its teeth into me.

Shadow of the Colossus (9)

There were some difficult calls to be made when dividing games between Action and Adventure this year, but, ultimately, we're categorizing Shadow of the Colossus under Adventure, as its giant boss battles are essentially big, elaborate puzzles, and there’s no combat outside of them. Whatever 'Best of' list you put Shadow of the Colossus on, it deserves mention as one of the top games of the year, and one of the most impressive remakes in some time. Wccftech’s Jorge Jimenez found the game to be every bit as compelling as it was over a decade ago:

Shadow of the Colossus is one of the most incredible modern video games ever made -- one of the very few where every part of the game’s design work perfectly in tandem with one another. Both the gameplay and environmental storytelling still hold up after over 12 years from the original release on PS2 and the updated graphics are absolutely incredible on PlayStation 4 Pro. Shadow of the Colossus is still a majestic and compelling adventure through a gorgeous world that constantly leaves you in a state of awe.

Hitman 2 sticks closely to the stealth blueprint already laid down by IO Interactive, but that certainly isn’t a bad thing. The fact that we got another Hitman at all is something of a small miracle, as Square Enix cut the franchise loose last year – thankfully, IO Interactive found a way to continue on independently and Warner Bros. Interactive stepped up to help them on the publishing front. The result is another rock-solid assassination adventure packed full of intricate murder playgrounds and wacky humor. Here’s how I summed up the game in my review:

Hitman 2 is yet another well-executed entry in IO Interactive’s killer franchise. The game lacks some of the refinement expected of a world-class assassin, but the top-notch level design and some small, but key improvements to the series’ core mechanics more than make up for a few presentation and polish issues. Hitman 2 isn’t quite the shot to the heart it could have been, but it’s close enough to count.

Adventurers had plenty of other great titles to delve into in 2018 – Life is Strange 2 made a hell of a first impression (the fact that only one episode came out in 2019 kept it off the main list) and From Software delivered the surprisingly-compelling VR title Déraciné. There were also plenty of smaller adventures like The Gardens Between, The Low Road, and Return of the Obra Dinn that were very much worth playing. If 2018 kind of stressed you out, these are all great relaxing plays.

There you go, the best of an adventuresome year. Any good games we missed? Don’t agree with our top five? Hit the comments and hash out your own adventure favorites.