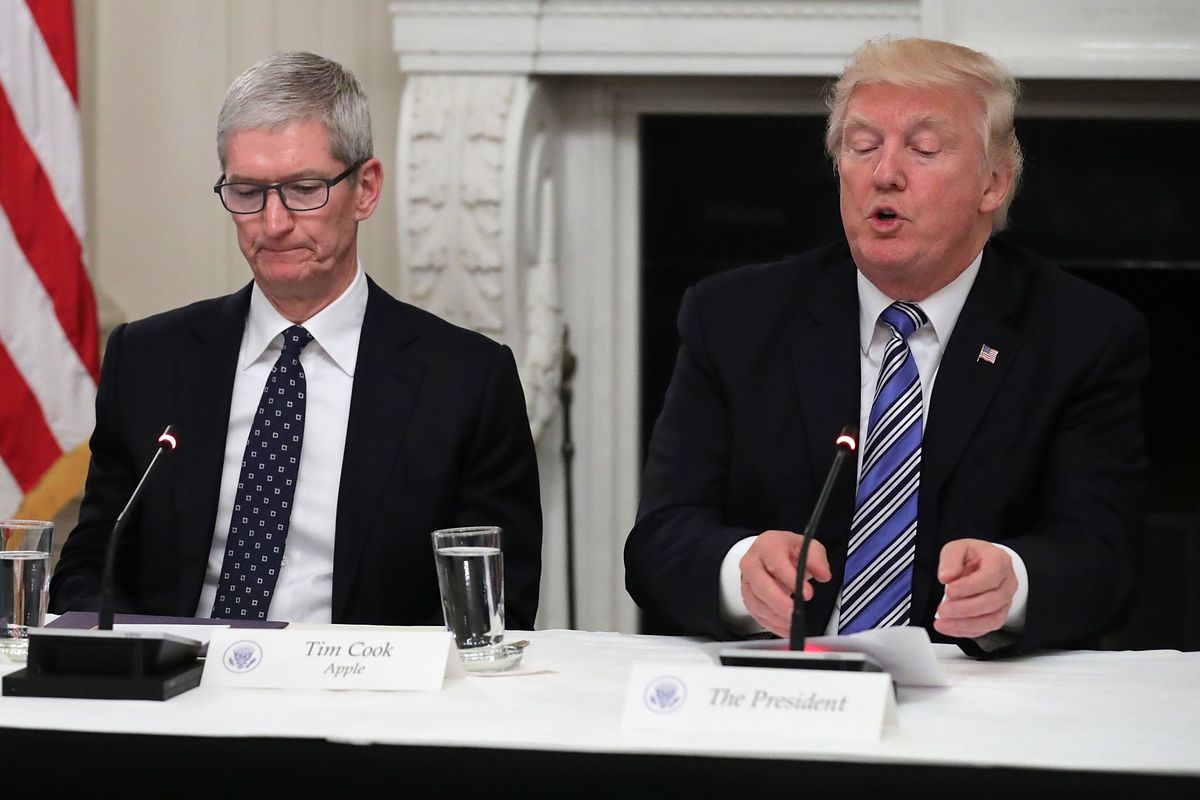 President Donald Trump and Apple go back a long way - not necessarily in a happy way, though. During his election campaign, along with naming names of a few other tech giants, Trump had also hit Apple for building its devices "in other countries." However, since the November 2016 election, both the President and the Apple CEO Tim Cook have tried to come to terms with each other's powers.

Earlier in the year, we heard a lot from President Trump talking about receiving phone calls and promises from Cook. In an interview, Trump had said he told Cook that he wants "Apple to build a great plant, your biggest and your best, even if it’s only a foot bigger than some place in China." After that, everything went eerily silent. However, it seems this line of communication isn't dead yet.

Trump: Cook has pledged to build three "big plants" in the United States

In an interview with The WSJ earlier today, President Trump claimed that Apple CEO "has committed to build three big manufacturing plants" in the country. Trump hasn't shared any details about these "huge plants," and Apple has so far declined to comment on the issue as well.

"I spoke to [Mr. Cook], he’s promised me three big plants - big, big, big,” Mr. Trump said as part of a discussion about business-tax reform and business investment. "I said you know, Tim, unless you start building your plants in this country, I won’t consider my administration an economic success. He called me, and he said they are going forward."

Reports last week revealed that Apple is spending a record sum of money on lobbying the new Washington. It'd appear that the president is also doing his own lobbying, getting those manufacturing plants back home. The President's latest claim isn't an unlikely one, though, since Apple doesn't really need to have its own manufacturing plants.

As we have previously heard Foxconn and others are already bringing some assembling capacities to the United States. It's likely Apple would be talking about its partner plants. Reports today also claimed that the Taiwanese electronics manufacturing giant may actually announce some news in this regard as soon as tomorrow. In his interview, President Trump said that Foxconn plans to build a "big plant" in Wisconsin. It's unclear if this facility comes under those three big plants that Cook has promised to Trump.

"Building three manufacturing plants would be unprecedented for Apple as it only has one plant of its own currently in Cork, Ireland, where it has operated since 1980 and benefits from lower taxes on overseas profits," the WSJ writes.

At this moment, it's highly unlikely if Apple is planning to build three big plants all on its own since it heavily relies on its partners like Foxconn and Pegatron. These Asian manufacturers, however, do have previously shown (as early as June 2016) some interest in bringing some jobs in the manufacturing and assembling processes to the United States.

Analysts claim that we would see a raise of $80 per iPhone if most of the components are made in the US. Whether these "big, beautiful plants" eventually affect the iPhone pricing is yet to be seen since similar reports have been coming in for over a year now. No one has, however, ever offered Apple this many rewards and incentives.

- From last year: Your Future iPhone Could Be All-American as Apple Considers US Manufacturing

“You Don’t Change Things by Just Yelling,” Cook on Why He Met with President-Elect Trump