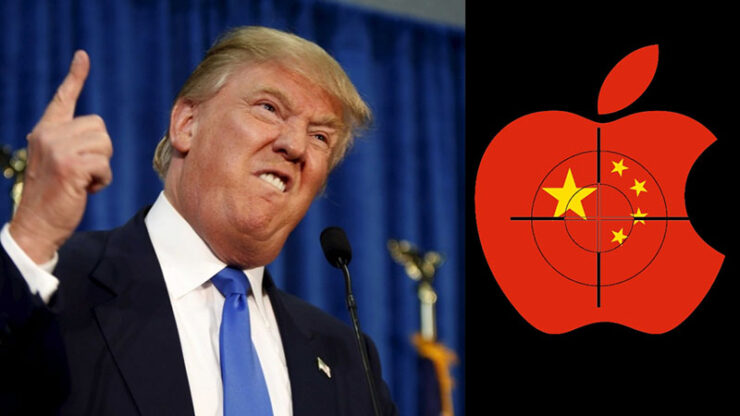 President-elect Donald Trump has said he will offer large tax cuts to Apple if the company makes products in the United States. Trump had promised during his campaign that he would get Apple to start making their products in the country. President-elect is still pushing for it and has apparently told the same to Tim Cook.

In an interview with the New York Times, Trump said Apple CEO Tim Cook and Microsoft founder Bill Gates called him after the presidential election to congratulate him on his victory. In his phone call, President-elect told Cook about his expectations.

In response, Cook made a non-committal comment, "I understand that," according to Trump. President-elect says he is confident Apple will start US manufacturing based on the "very large tax cut" and "substantial regulation cuts" he plans to offer.

Several times during his campaign, Trump specifically targeted Apple by threatening the company with taxes on imports from China. "I'm going to bring jobs back," Trump had said in March. "I'm going to get Apple to start making their computers and their iPhones on our land, not in China. How does it help us when they make it in China?"

However, cost may not be a huge barrier, a recent analysis suggested. The biggest problem that the company will face is the lack of the required vocational skills in the country. Cook has previously said that China puts an enormous focus on manufacturing. "The U.S., over time, began to stop having as many vocational kind of skills," Cook had said in an interview on "60 Minutes” last year. "I mean, you can take every tool and die maker in the United States and probably put them in a room that we're currently sitting in. In China, you would have to have multiple football fields."

Last week, reports suggested Apple asking its manufacturing partners for investigating the possibility of moving iPhone manufacturing to the US. On the other side, China has threatened a "tit-for-tat" response if President-elect does implement his promised 45% tariffs on Chinese imports, threatening iPhone sales will suffer along with other American products.

Foldable iPhone to Feature a Clamshell Design, Cost Less Than Competing Devices, but May Arrive Much Later in the Market