Donald Trump Wants Apple To Build Their ‘Damn Computers’ In The U.S.

2016 Presidential candidate, Donald J Trump has been hitting the headlines for all the wrong reasons lately. Mr. Trump is an odyssey to 'Make America Great Again,' and he aims to do so by pulling off everything he can given that he comes to power. Now, Donal Trump went all out in a speech at Liberty University in Lynchburg, Va, stating that he wants Apple to build their 'damn computers' in the United States. 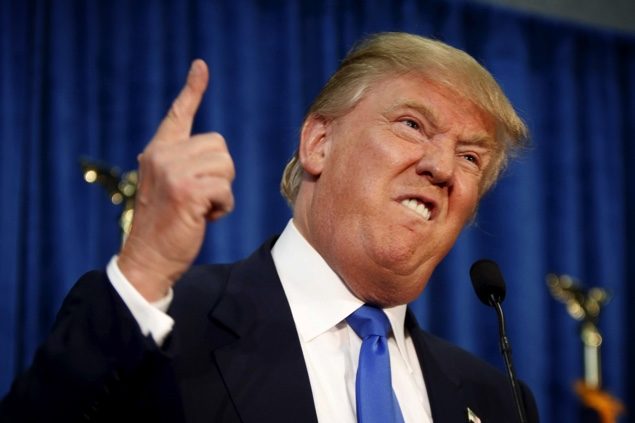 The full statement from Donald J Trump is as follows:

We have such amazing people in this country. Smart, sharp, energetic. They're amazing. I was saying make America great again. I actually think we can say now, and I really believe this, we're going to get things coming. We're going to get Apple to start building their damn computers and things in this country instead of in other countries. I honestly think I can say, and I've said it for the last two weeks, and I mean it 100% or I wouldn't say it. We're going to make America great again, greater than ever before.

It's a well-known fact that Apple outsources all its manufacturing to China, which of course helps to lower down the overall cost of the finished product thanks to cheap labor that is on offer. When it comes to the United States, Apple does manufacture computers there, but only the new trashcan shaped Mac Pro, while everything else, such as the MacBook, iMac, iPhone, iPad, iPod etc. are manufactured in China. But, Donald Trump wants to change all that and wishes to make Apple bring its manufacturing to the United States.

We're no economic experts here but we're certain that bringing manufacturing to the United States of certain products will have a toll on the end user, given that existing laws are followed. We're of course talking about the price. And we're certain a lot of consumers won't be ready to pay $1,000+ for an iPhone now would they?

Donald Trump has big plans to make America great again, but we're certain that Apple won't cave in to Mr. Trump's big manufacturing request this quickly. After all, it's a huge task to move such a major portion of the business to another country, and is something which just can't be pulled off in a short period of time.

But maybe we're wrong. Chances are that Apple might just make the big move and we'll start to see products with a 'Made In USA' tag stamped on their back.