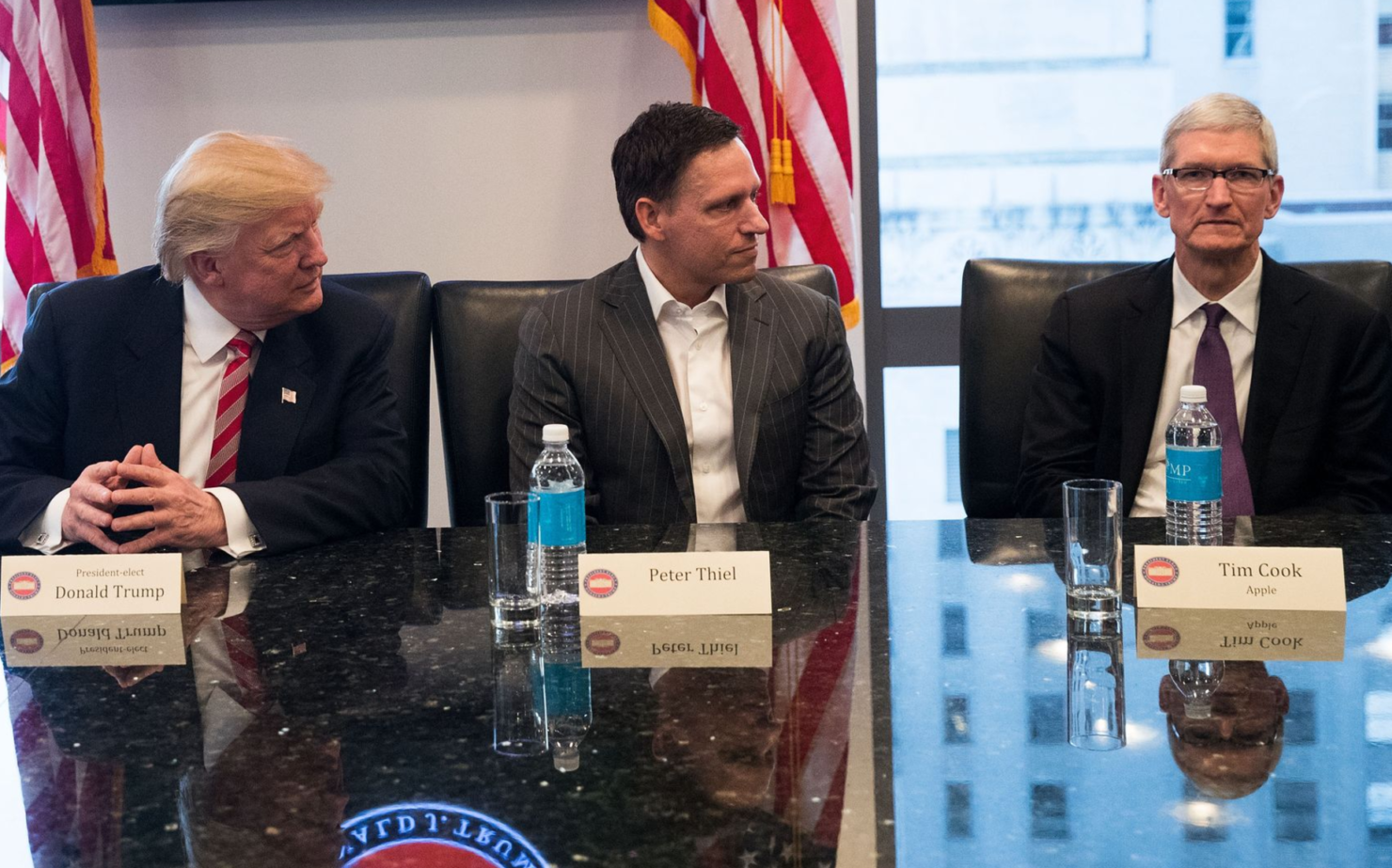 Is the Industry Paying the Price for Not Supporting Trump in His Election Campaign?

President Trump has remained critical of Cupertino tech giant's manufacturing its products out of the country and has pushed Apple to build all-American products. The President is now expected to meet with Foxconn - Apple's primary iPhone factory partner. This information comes from Nikkie that reported today that Trump will be having a meeting with Terry Gou, the chairman of Foxconn, "in Washington on Thursday, according to people familiar with the plan".

Foxconn is one of Apple’s top manufacturing partners that employs over 1 million people in China, assembling products for Apple and other companies. While it is unclear what the two will talk about, Apple had asked both Pegatron and Foxconn to explore bringing some of the manufacturing processes in the United States. Foxconn had shown interested in building a factory in the United States for making flat-screen display panels, however, plans about an "All-American iPhone" are still unclear and according to experts highly unlikely due to increased costs.

The sources did not disclose details of the first-ever encounter between the two. But with Trump's persistent pledge to bring manufacturing jobs back to the U.S., and Gou's dogged determination to acquire the memory chip business of embattled Japanese conglomerate Toshiba, the two will likely exchange their views on related issues.

According to the report, Gou was able to secure the meeting with Trump "with help from his friend SoftBank Group Chairman Masayoshi Son," who met with the president back in New York following his election win last year. Gou had also reportedly met with Jared Kushner, Trump's son-in-law, during the Taiwanese billionaire's visit to Washington in February.

Something to do with Toshiba's memory business?

Foxconn is currently trying to acquire Toshiba's NAND storage business to get into the semiconductor industry - expected to be on the agenda of today's meeting too. The report suggests that since Toshiba's NAND business has possible national security implications for the United States, Foxconn - with its Chinese ties - may not be able to acquire it.

Industry sources have said that Washington is involved and being consulted on Toshiba’s plans to sell its semiconductor unit and Westinghouse, its American nuclear unit which owns military grade reactor technology, as the fate of both businesses has implications for U.S. national security.

President Trump had campaigned to bring back jobs to America, specifically focusing on Apple outsourcing most of its production to Asian companies. After his election win, President Trump had offered Tim Cook "very large tax cuts".

Gou is likely to please the new President by offering to bring some manufacturing facilities to the US and possibly getting help on the taxes and Toshiba front, in return. However, citing people familiar with the matter, Nikkie said that the Taiwanese manufacturer "is unlikely to become the new owner of Toshiba's memory business due to its Chinese-linked background".