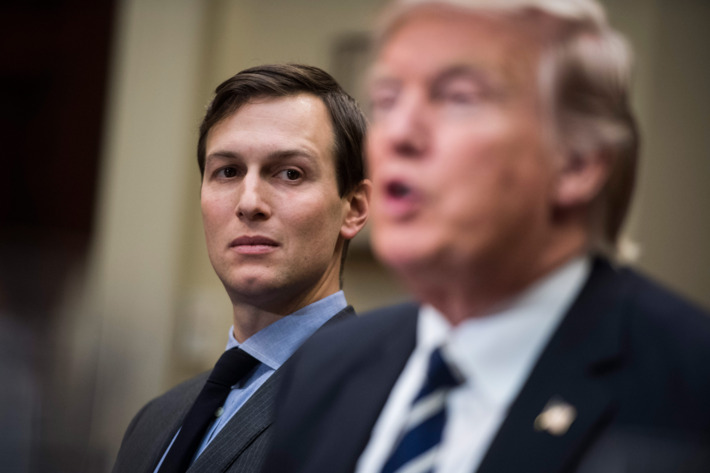 White House would be forming small “centers of excellence"

Apple, Google, Amazon, Qualcomm, and Oracle have been invited by the White House to share their digital expertise with Washington to help modernize how federal agencies use technology. Earlier on Thursday, on a private call to these companies, Jared Kushner announced that the White House would be forming small centers of excellence.

Top advisors to the president, including Kushner, have asked the tech industry to send their engineers on "tours of duty" during which they will be advising the Trump administration on the technology challenges.

According to Recode's sources, this initiative is "focused on reducing regulation while trying to get federal agencies to embrace cloud computing." Federal agencies will also work to make more of their data available for private-sector use.

As part of those centers, Kushner and his aides with the Office of American Innovation asked the tech industry for its help — potentially through a system where leading tech engineers can do brief “tours of duty” advising the U.S. government on some of its digital challenges.

Kushner's Office of American Innovation had reached to several technology companies, including IBM, Google, Intel, MIT, Microsoft, and SAP, two months after their executives met with the president during the tech week in June. During this meeting, several leaders had encouraged Trump to make it easier for companies to sell technologies to feds and for regulators to make more of their data available for startups. Apple CEO had also asked President Trump to make coding education a requirement in schools.

Both Kushner and Trump reportedly talked to the tech leaders in today's phone call. During his first meeting with the tech leaders earlier this year, Trump had said he wants to modernize the government IT. Kushner through his Office of American Innovation is now leading these efforts, while Trump's top aide, Reed Cordish, has pledged that the White House would continue to boost computer science education.

While the effort to help Washington rethink the way federal agencies use technology is still in its early stages with no set agenda at the moment, today's call to the tech companies is the first step in that direction.